Early season snow conditions in the Alps are superb right now following a succession of storms that have been moving in off the north Atlantic. Over the last week, the north-western Alps (roughly north of a line from Les 2 Alpes/Alpe d’Huez through to the Austrian Arlberg) have seen the most snow, with well over 1m in places, even over 2m in some spots such as the Lauchernalp-Loetschental area in western Switzerland.

You would have to go back to 2012 to find a comparable start to the season in many of these north-western parts of the Alps!

Although snow depths are not quite as spectacular across the eastern and southern Alps, snow conditions here are generally still excellent for the time of year.

So, it is safe to say that the start of the 2021-22 alpine ski season is up there with some of the very best starts to the season we have seen in the last 20 years or so…

Snow conditions are excellent across most of the Austrian Alps, with decent cover to low altitudes, even if snow depths are generally less spectacular than they are in the western Alps.

Of the open Austrian resorts (many closed until 13 December for Covid-related reasons), Obertauern is doing as well as any, with 130/150cm of settled snow depending on altitude. Lower down, Saalbaach (50/80cm) is also offering some excellent skiing for early December.

Further west, there has been a lot of fresh snow this week in Lech (95/135cm), though it remains closed for skiing until 13 December.

There is a bit more snow to come for the Austrian Alps over the next few days before the weather settles down next week. 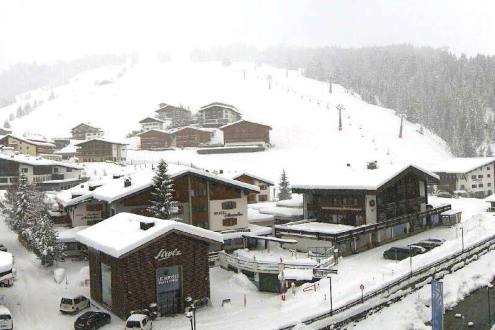 Snow conditions are nothing short of spectacular across most of the French Alps, with exceptionally deep snow for the time of year to low altitudes across the northern half of the Alps, and yet more to come tomorrow.

High altitude La Plagne now has settled snow depths of 105/165cm depending on altitude, while lower altitude Les Gets has 70/150cm – figures that would be very respectable in February let alone early December! 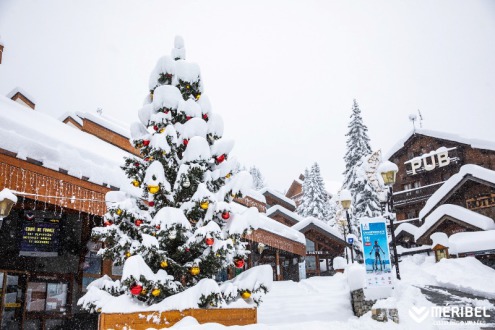 Snow conditions are generally excellent across the Italian Alps, even if most areas missed the heaviest of the snow over the last week. The Dolomites have plenty of fresh snow, with settled snow depths of 50/196cm in Arabba and 20/140cm in Kronplatz.

Further west, there is also plenty of snow in the Milky Way, where Sestriere (30/70cm) is offering some excellent early season conditions.

A little more snow is forecast on Friday before the weather settles down over the weekend. 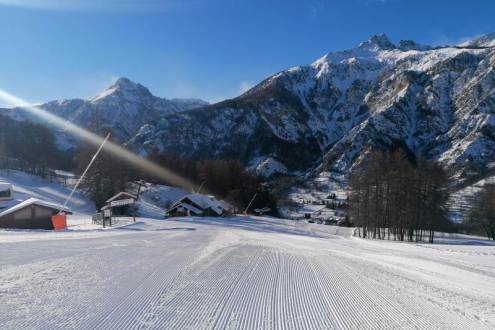 Less extreme snowfall in Bardonecchia than elsewhere in the Alps, but the pistes still look great – 9 December 2021 – Photo: bardonecchia.it

Snow conditions are exceptional across much of the Swiss Alps with the most impressive snow depths (relative to height) in the north and west. Adelboden currently has settled snow depths of 75/105cm, while Engelberg has 85/260cm.

More snow is expected in the Swiss Alps tomorrow and Saturday, again heaviest in the north and west. 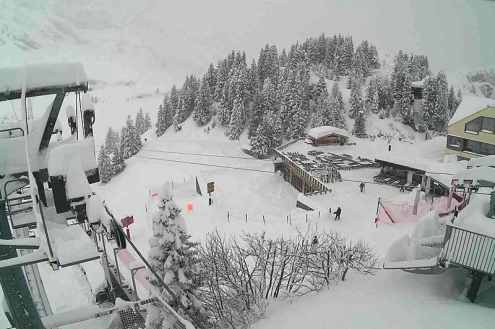 Deep snow in the northern Swiss Alps. This is Engelberg – 9 December 2021 – Photo: titlis.ch

The Pyrenees also have exceptional early season snow conditions, with settled snow depths of 140/185cm in Spain’s Baqueira Beret and 80/120cm in Andorra’s Pas de La Casa, and yet more snow falling both today and tomorrow.

A lot of resorts are now partially open in Scandinavia, though snow depths are generally modest. Norway’s Hemsedal has upper snow depths of 32cm, while Sweden’s Åre has 30/50cm. 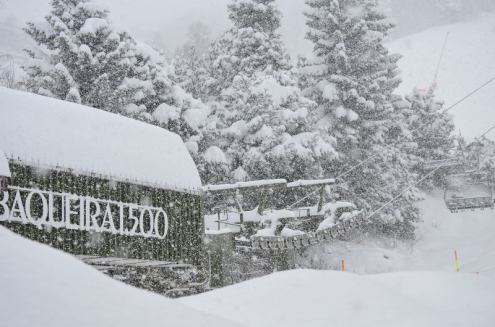 Extreme snowfalls in parts of the Pyrenees. This is Spain’s Baqueira Beret – 9 December 2021 – Photo: facebook.com/baqueiraberetesqui

Snow depths have been modest across most US resorts to date, with many resorts heavily reliant on artificial snow.

The weather is on the change though, with snow expected across many western US ski areas today, including in Utah’s Snowbird (65cm upper base) and Colorado’s Vail (45cm upper base).

The Banff Lake-Louise ski area continues to offer some of the best snow conditions in North America, with fresh snow, cold temperatures, and an upper base of between 110-130cm.

Further west, Whistler is expecting a lot of new snow over the next few days, which will add to its already impressive 125cm upper snow base.