Early season snow conditions in the Alps are generally superb, although there are still with a few weaknesses here and there.

The southern Alps are having one of their very best starts to the winter in recent years, perhaps even in decades, with very snowy conditions almost everywhere - including the Italian Alps, southern French Alps roughly south of Grenoble (e.g. Serre Chevalier, Risoul, Isola 2000), parts of the far south of Switzerland including Zermatt, Saas-Fee and St Moritz and the southern Austrian Alps (e.g. Obergurgl Nassfeld).

Many northern Alpine resorts are also in very good shape, particularly the higher French ones such as Val d’Isère, Tignes and Val Thorens. However, snow cover in the northern Alps is generally nothing special and is even thin or patchy in places lower down. Although there is some snow (especially up top) in Morzine, Villars, Adelboden, Lech, Kitzbühel and Zell-am-See, for example, more would be very welcome.

The good news is that winter is set to return with a vengeance next week, with widespread heavy snow on the cards.

Across the pond, new snowfall has improved conditions in many western US resorts, with more snow also in the forecast.

Snow conditions are generally pretty good in Austria for early December, especially at altitude and/or in the southern Austrian Alps.

Obergurgl (100/185cm), close to the Italian border, is skiing as well as anywhere right now but Ischgl (20/70cm) is offering the greatest extent of pistes, with 169km already open.

Resorts closer to the northern edge of the Alps are not doing quite as well. Lech (35/45cm) may be up and running but, despite seeing natural snowfall at the weekend, remains heavily reliant on artificial snow. Saalbach (5/35cm) also has plenty of man-made snow in the mix. The good news, though, is that new snow is likely across most Austrian resorts next week. 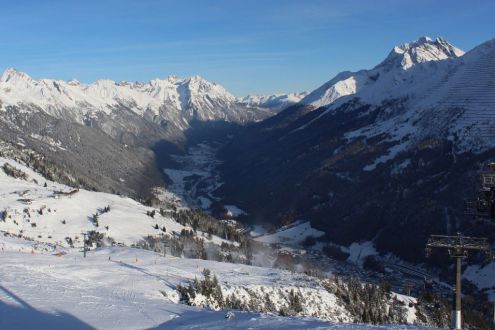 There is snow in St Anton but it’s still a bit thin lower down – 3 December 2019 – Photo: stantonamarlberg.com

Snow conditions in the southern French Alps are uniformly superb, even though many resorts are yet to open. Isola 2000 (150/220cm), however, now has most of its lifts open and is skiing as well as anywhere. A little further north, Serre Chevalier (60/200cm) also has masses of snow and will open this weekend.

Snow conditions in the northern French Alps are generally also good, at least at altitude, with Val Thorens (127/151cm) and Val d’Isère/Tignes (65/160cm) as good as anywhere at this stage.

Further north, the picture is more mixed in the Portes du Soleil (most of which isn’t yet open). There is lots of snow high up in Avoriaz (80/155cm), which is open at weekends, but lower down in the likes of Morzine, more is still needed.

After a mostly fine few days of weather this week, significant snowfall is expected next week across the entire French Alps. 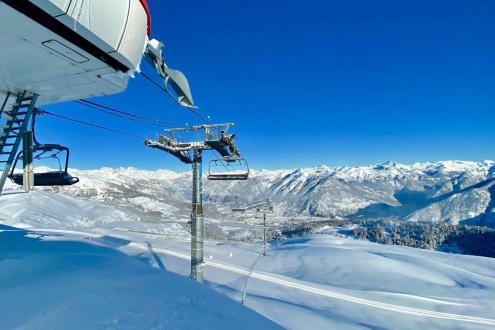 Just about all parts of the Italian Alps have fantastic snow cover for early December, with more and more resorts opening all the time.

After a mostly fine few days, more snow is expected across most Italian resorts next week. 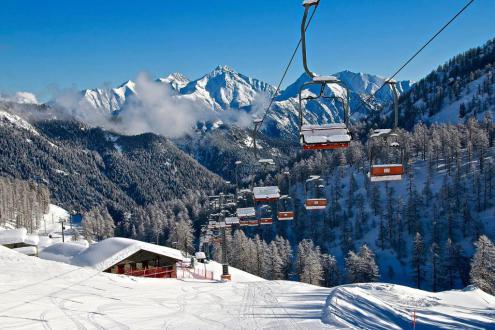 Snow conditions in Switzerland are generally pretty good, though some of the lower northern Swiss resorts such as Wengen (which is partially open with 35cm up top) could still do with some more snow lower down.

For the best snow conditions, you will need to head further south to the likes of Saas-Fee (65/255cm) and Andermatt (10/320cm), both of which have had fabulous starts to the season.

The good news for all Swiss resorts is that heavy snow is likely to return next week. 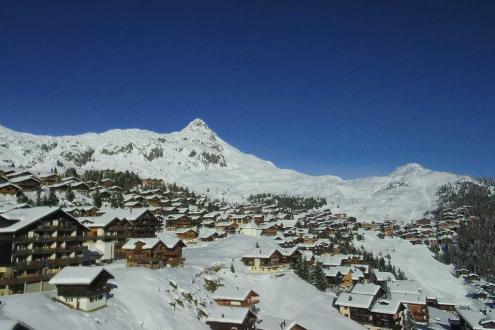 Wonderful weather and snow this week in the Aletsch Arena. This is Bettmeralp – 3 December 2019 – Photo: bettmeralp.ch

The higher Pyrenean resorts still have decent snow cover thanks to the successive storms early in November. Lower down, however, there has been a thaw with conditions becoming more patchy. Among the better bets in this week are Spain’s Baqueira Beret (60/90cm) and France’s La Mongie (70/130cm).

Lots of resorts are now up and running in Scandinavia, with the most extensive skiing in Norway’s Hemsedal (88cm upper base). Sweden’s leading resort, Åre, has 9 pistes open and 63cm up top.

There is currently insufficient snow for skiing in Scotland. 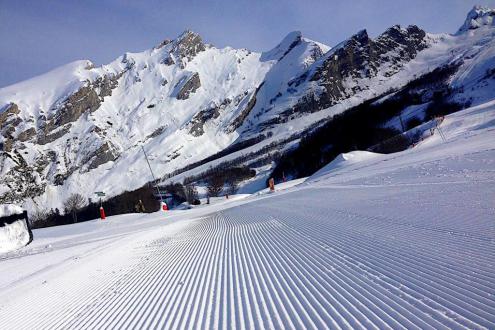 Good snow conditions at altitude in the French Pyrenees. This is Gourette – 3 December 2019 – Photo: facebook.com/Gourette

California’s Mammoth saw some new snow last week and is now open top to bottom with 68 trails and base depths of between 110cm and 140cm depending on altitude.

Over in Colorado, Vail (70cm upper base) has not seen as much new snow but still has 60 trails available, with snow forecast later this week. 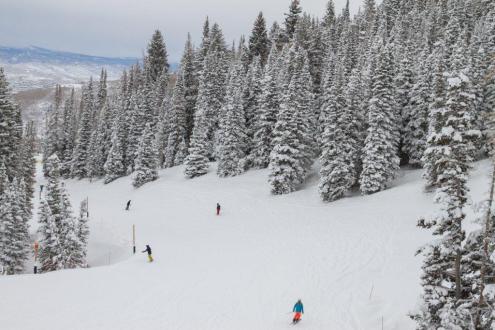 Whistler (35cm upper base) has opened a handful of trails but does not have much natural snow as yet. Snow is forecast here over the next few days though, especially at altitude.

Our next full snow report will be on Friday 6 December 2019, but see Today in the Alps for daily updates