Snow conditions in the Alps remain pretty good despite there not having been a huge amount of fresh snow in recent weeks. This hasn’t been a problem for the majority of skiers, who will have appreciated the recent fine weather and well-groomed pistes, more than they will have missed the lack of powder.

Those who do prefer it deep will inevitably be a little frustrated though. There are still pockets of powder here and there at altitude, however, good local knowledge will be needed to find it.

There is fresh snow in the forecast for the Alps this weekend, starting in the west late on Friday before spreading to most other areas on Friday night and Saturday. Huge amounts of snow are not expected, though most places will see at least a few centimetres, with 20-40cm possible across some northern parts of the Alps. The rain/snow limit will start at around 1300-1500m before descending to below 1000m over the course of Saturday. Some snow showers will linger in places on Sunday before most of the Alps see a return to fine weather early next week.

Across the pond Whistler is perhaps the pick of the major resorts, with frigid temperatures and plenty of fresh snow…

On-piste snow conditions are generally still pretty good across most of the Austrian Alps even if natural cover is now a bit patchy lower down, especially in the north.

New snow is expected across the Austrian Alps this weekend. 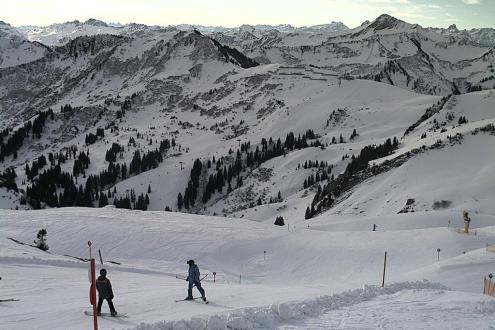 Reasonable rather than exceptional snow cover in the Austrian Vorarlberg. This is Mellau – 16 January 2020 – Photo: mellau.at

There is still lots of good piste skiing to be had in France even if powder is now hard to find.

Snow depths are generally good at altitude and in the Alpine interior, in resorts such as Val d’Isère (100/205cm) and Serre Chevalier (55/175cm, but are much more modest lower down and close to the northern and western foothills. Morzine (5/120cm) and Villards de Lans (5/65cm), for example, both have patchy natural cover lower down.

The good news is that all French resorts will see some snow this weekend, albeit not generally in huge quantities. 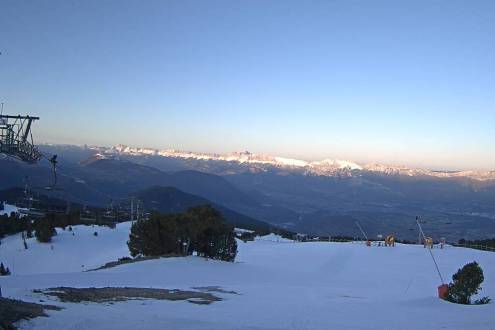 Another fine day in the western French Alps. This is Chamrousse – 16 January 2020 – Photo: chamrousse.com

Italy still offers the most consistent snow cover in the Alps, even though there haven’t been any major snowfalls for some time now.

In the east of Italy, there is excellent piste skiing in the Dolomites, with base depths of 30/100cm in Alta Badia and 60/190cm in Madonna di Campiglio. Further west, snow conditions are also very good in La Thuile (50/240cm) and Courmayeur (40/100cm).

Expect some snow across the Italian Alps this weekend, but in relatively modest quantities. 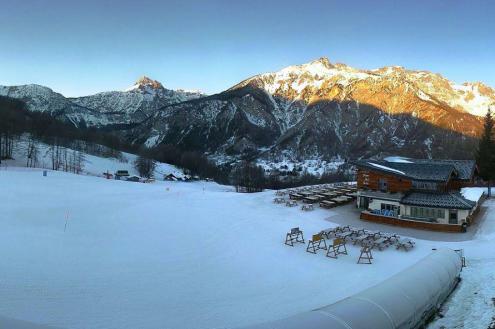 Snow conditions remain pretty good across most of the Swiss Alps though snow cover is now a bit thin and patchy at low altitude, especially in the north. Grindelwald, for example, currently has very little natural snow left in the village but can still offer plenty of good piste skiing higher up. Base depths here are currently 5/55cm depending on altitude.

For a more completely wintry feel you, need to head both higher and further south to resorts such as Bettmeralp (85/120cm) or Saas-Fee (35/245cm), both of which saw big early/pre-season snowfalls.

Fresh snow is expected across all Swiss resorts this weekend, though only in moderate quantities. 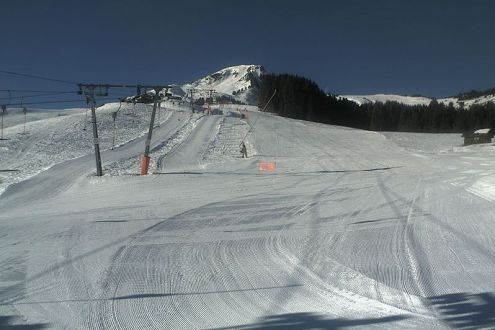 Another fine day in the western French Alps. This is Chamrousse – 16 January 2020 – Photo: chamrousse.com

Snow conditions in the Pyrenees are steady rather than spectacular, with decent piste skiing at altitude but rather thin cover lower down. Andorra’s Soldeu currently has base depths of 30/70cm, while France’s Font Romeu has 50/80cm. Colder air and some new snow is forecast for both areas over the next few days.

The picture in Scotland remains complicated, with some new snow this week but very stormy conditions making it difficult to predict what areas and how much terrain will be able to open. The current feeling is that there could be some good skiing available this weekend in the west (e.g. Glencoe) but that it may be harder to open anything significant further east (Cairngorm). Watch this space…

Scandinavia has lots of good skiing to be had, however, particularly in Norway where Oppodal has fresh snow on an impressive base of 120/150cm depending on altitude. Ruka is among the best options in Finland, with fresh snow but a somewhat more modest 65cm upper base. This is normal for this area though, as the climate is colder and drier. 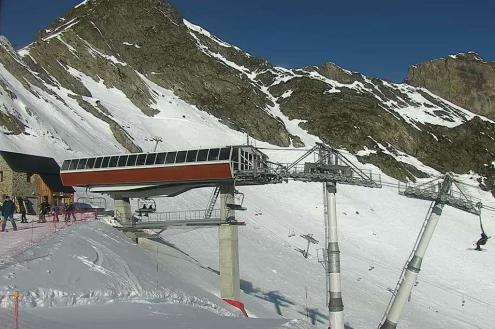 Decent snow at high altitude in the French Pyrenees. This is Cauterets – 16 January 2020 – Photo: cauterets.com

Some of the best snow conditions in the western US are currently to be found in Wyoming, where Jackson Hole has seen 50cm of new snow in the last couple of days and now has an upper base of 230cm.

Most Colorado resorts are also in decent shape, albeit with less fresh snow. Vail (127cm upper base) and Telluride (117cm upper base) have both seen around 3cm in the last 48 hours.

Whistler (191cm mid-mountain base) is seeing lots of fresh snow today to very low levels which will make for fabulous skiing conditions in the trees, and more generally once the weather settles down.

Conditions are also good further inland in Lake Louise (135cm upper base), where it is also cold with a few centimetres of fresh snow. 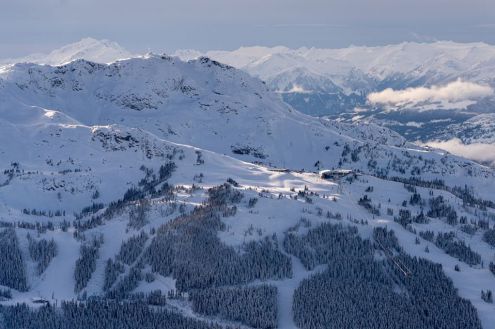 Cold and snowy sums it up in Whistler right now – 16 January 2020 – Photo: facebook.com/WhistlerBlackcomb

Our next full snow report will be on Thursday 23 January 2020,