Snow conditions in the Alps have deteriorated in places this week, especially across the northern half of the Alps where warm Foehn winds have melted a lot of snow, at lower altitudes at least. Most resorts are generally holding up well though, and anywhere with plenty of skiing above 1600-1800m still has very little to worry about.

New snow is expected in the Alps over the next few days, especially on Friday and Sunday, generally set to be heaviest in the west.

Across the pond, Whistler has finally seen some significant snow though more is still needed to get it back up to par for the time of year…

Snow conditions in Austria are quite variable right now due to the warm Foehn winds which have been affecting many central and northern valleys this week and will increase in strength again tonight and tomorrow.

The Foehn has melted much of the lower-lying snow in resorts such as Kitzbühel (5/55cm) and Söll (15/50cm), where cover is now very patchy at valley level at least.

For better snow conditions you need to aim higher and/or further south where resorts such as Obergurgl 965/155cm) and Sölden (15/237cm) are still offering very good piste skiing.

Some snow showers are expected across the Austrian Alps over the next few days but quantities will generally be modest and there will also be some rain lower down. 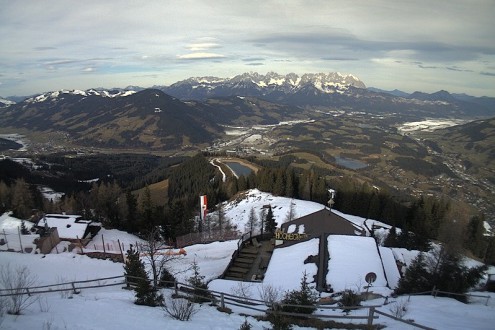 The lower valleys of the northern Austrian Alps are looking a bit green again. This is Kitzbühel – 19 December 2019 – Photo: kitzbuehel.com

Snow conditions in the French Alps are still mostly good, even if they have become somewhat more variable in recent days thanks to the very mild temperatures.

The best snow conditions remain at altitude and/or in the southern Alps where Serre Chevalier, for example, still has excellent cover with base depths of 50/210cm depending on altitude.

Further north, Val d’Isère (85/175cm) and Les Arcs (105/180cm) are also in good shape although off-piste conditions are highly variable. By contrast, the lower resorts of the Haute Savoie such as Megève (20/110cm) and Morzine (0/100cm) could still do with more snow lower down.

Snow is forecast across the French Alps on both Friday and Sunday, but it won’t be especially cold meaning that rain remains a threat lower down. 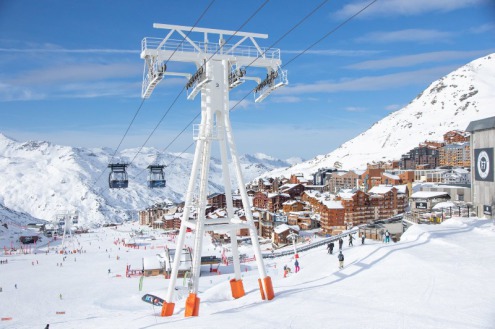 Italy continues to offer the most consistent snow conditions in the Alps even if the weather hasn’t been that great in recent days, especially in the west. 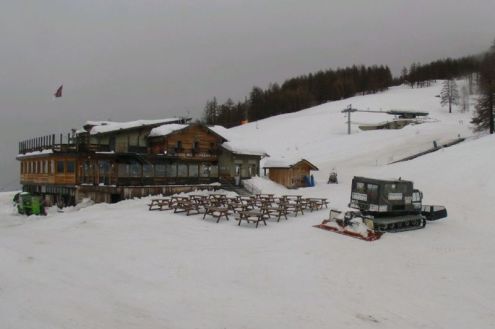 Plenty of snow in Bardonecchia, but little in the way of sun this week – 19 December 2019 – Photo: bardonecchiaski.com

Snow conditions have been rather mixed in the Swiss Alps this week with mild temperatures across the board and strong Foehn winds in the central and northern Alps.

The best snow conditions remain in the higher resorts of the southern Swiss Alps such as Zermatt 42/114cm) and St Moritz (40/100cm). Further north, there is still some good skiing on offer in the likes of Davos (20/75cm) and Wengen (5/50cm) but snow depths are much more modest.

There is snow in the forecast though, both on Friday and again on Sunday, which should improve conditions in most areas. 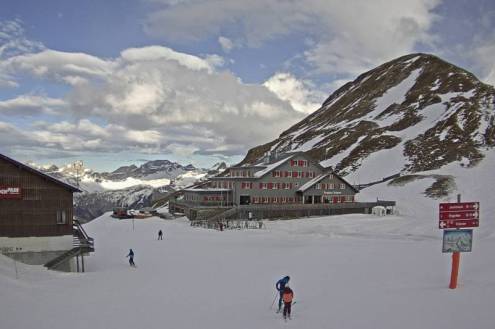 Mild weather has taken its toll lower down in the Pyrenees in recent weeks. However, good piste skiing is still possible at altitude. Spain’s Baqueira Beret now has base depths of 80/150cm, while Andorra’s Soldeu has 50/80cm. Expect a mix of rain and snow across the Pyrenees over the next few days.

Scandinavia now has plenty of options open, as you would expect at this time of year, with some of the best skiing to be found in Norway’s Hemsedal (112cm upper base) and Sweden’s Sålen (40/50cm).

Skiing is finally underway in Scotland, although openings are hit and miss due to changeable weather conditions and high winds. In theory, all of the five main areas could be offering some action this weekend but, as always in Scotland, the weather will have the final say. 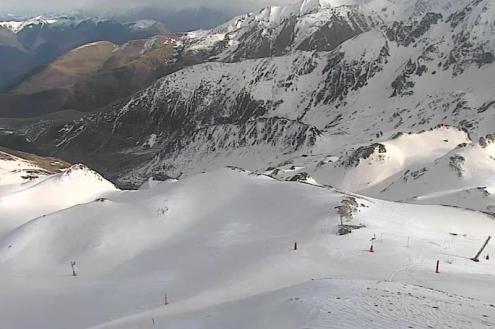 Reasonable snow cover higher up in the Pyrenees still, but much of the early season snow has now disappeared lower down – 19 December 2019 – Photo: peyragudes.com

Most western US resorts are now open and offering some reasonable skiing, especially on-piste.

Colorado’s Vail now has 115cm of snow packed down on its upper mountain, while Wyoming’s Jackson Hole has around 120cm.

Further west you can also find plenty of good skiing in California’s Mammoth, where base depths are 30/125cm depending on altitude.

Conditions in Whistler have improved recently, with 50cm of new snow in the last week and mid-mountain base depths now 89cm.

Further inland, Lake Louise (95cm mid-mountain based) remains the better bet though, with all of its lifts and most of its trails now open. 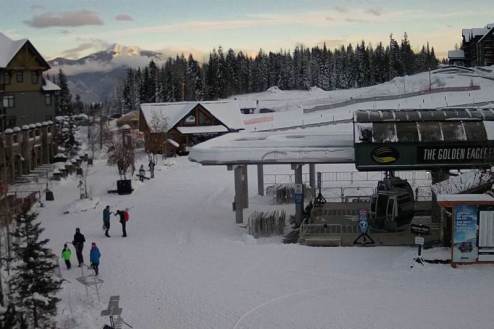 Our next full snow report will be on Thursday 26 December 2019,