Following the hottest ever July in the Alps, temperatures in August have again been above average - though with fewer extremes than we saw earlier in the summer. 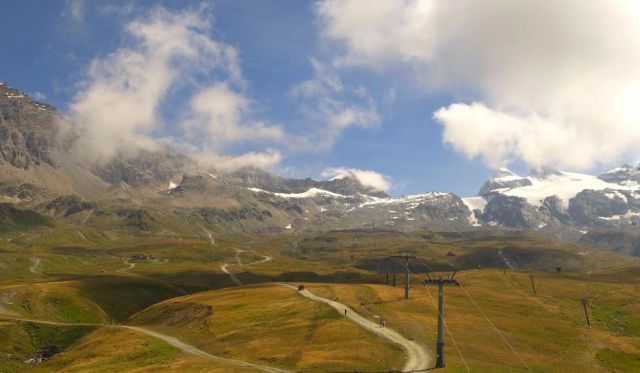 Looking towards the Klein Matterhorn and the Swiss border from Cervinia - Photo: cervinia.it

The glaciers have even seen some fresh snow - 30cm in Zermatt last week, for example - which freshened things up nicely, albeit temporarily. Temperatures are now on the rise again with another mini heatwave to finish August, with temperatures this weekend soaring into the mid 30°C’s in some of the lower valleys.

Right now, you can ski in:

France - in Les 2 Alpes but only until 29th August

Italy - in Cervinia (mostly on the Swiss side shared with Zermatt) but only until 6th September, and also at Passo Stelvio

Switzerland - in Zermatt and Saas-Fee

Austria - in Hintertux and on the Mölltal glacier

Following their hottest July on record (and a warmer than average start to August) temperatures in the Alps have cooled off considerably in recent days. 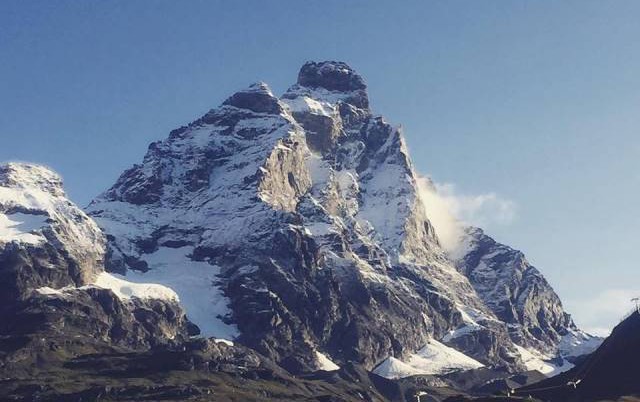 There has even been some snow, mostly above 3000m, but in sufficient quantity to at least temporarily freshen up some of the glaciers – especially the higher ones such as Les 2 Alpes, Saas-Fee and Zermatt.

It should be said, however, that this will make little difference to overall snow depths and the summer of 2015 will still go down as the most difficult (in terms of skiing conditions) since 2003 - the last time there was a heatwave on anything like this scale. Temperatures are set to climb again later this week but nothing like to the levels we saw earlier in the summer.

Right now the only glacier open for skiing in France is in Les 2 Alpes where they hope to continue operating until 29 August.

In Switzerland, you can ski in Zermatt (where the extra altitude offers perhaps the best conditions in Europe) and Saas-Fee, both of which are scheduled to remain open right through until the winter season.

In Austria, you can ski in Hintertux 365 days a year and on the Mölltal glacier in Carinthia, which will remain open until next spring.

Tignes’ difficult summer ski season drew to a close this weekend, though the lifts didn’t actually open on Sunday due to stormy weather. 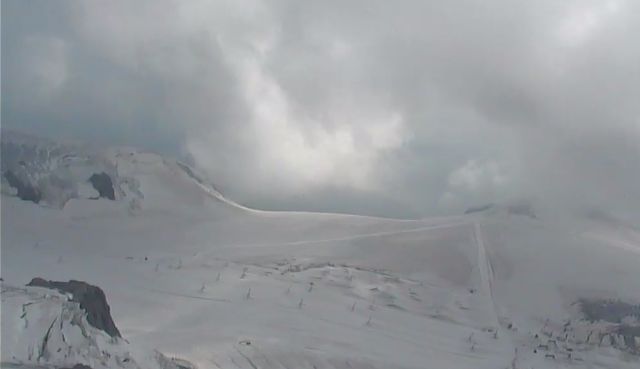 Few would dispute that it was not before time, after the hottest July on record devastated the Grande Motte glacier leaving it virtually un-skiable by the end of its short summer season.

And it’s not alone! Les 2 Alpes has also struggled with threadbare slopes, particularly on the lower portion of its glacier. Further east, conditions have been holding up marginally better - but it is all relative and, generally speaking, summer ski conditions in 2015 have been poor.

Right now the only glacier open for skiing in France is in Les 2 Alpes where they hope to continue operating until 29 August.

In Switzerland, you can ski in Zermatt (where the extra altitude offers perhaps the best conditions in Europe) and Saas-Fee, both of which are scheduled to remain open right through until the winter season.

In Austria, you can ski in Hintertux 365 days a year and on the Mölltal glacier in Carinthia, which will remain open until next spring.

It was the hottest ever July for many parts of the Alps. For some it was even the hottest ever month, including Innsbruck (Austria) where this July’s average of 22.5°C was some 4.5°C higher than the long term mean. 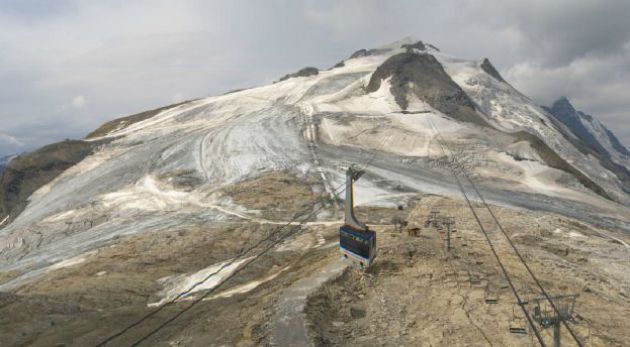 22.5°C represents the overall monthly average, but daily maximums were much higher, often pushing well into the 30°C’s, even at 1000m. Take Chamonix, for instance, where the mercury surpassed 30°C on 21 occasions in July! In a normal year you would expect this to happen just twice.

Needless to say, the effect on the glaciers has been dramatic. Just take a look at these two webcam shots of the Grande Motte glacier in Tignes. Below shows the glacier on the opening day of the summer ski season, while above shows the glacier this morning, where somehow they are still skiing despite it clearly being in a desperate state. 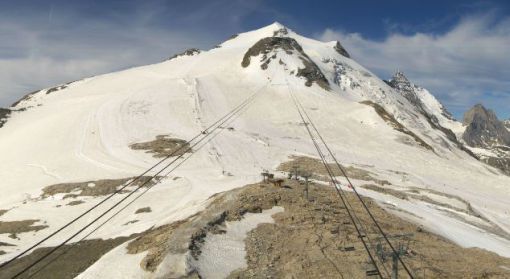 It’s not just Tignes that has suffered. Conditions are poor across the board, but for various reasons the more eastern glaciers (e.g. Hintertux and Passo Stelvio) do seem to have fared a little better.

Temperatures are also set to remain high for the first half of August, though it is too early to say whether we will see anything like the extremes experienced in July.

Right now you can still ski on the following Alpine glaciers:

Tignes is set to struggle on until 9 August, and Les 2 Alpes until 29 August.

You can ski in Saas-Fee and Zermatt, both of which are open (weather permitting) all the way through to the winter season.

Skiing is possible at Passo Stelvio, scheduled to remain open until 6 November, and on the glaciers above Cervinia (on the Swiss side shared with Zermatt) until 6 September.

The glacier above Hintertux is open 365 days a year, and you can also ski on the more southerly Mölltal glacier, which is provisionally open through until next winter.

The serious heat is over for now but temperatures are set to stay well above average for the foreseeable future.

Lots of all-time high temperatures were recorded in and around the Alps last weekend and early this week – including 39.7°C in Geneva, 38.2°C in Innsbruck, and 29.4°C in Alpe d’Huez (1860m). It cooled off a little mid-week but the heat is building again and temperatures are likely to stay well above average for the foreseeable future.

All this is not great news for the glaciers of course, with many summer ski areas wondering if they can last the course. The Grande Motte glacier above Tignes is particularly vulnerable, but other areas are also at risk of premature closure if the summer heat continues.