After last weekend’s exceptionally mild weather, and record-breaking temperatures in some areas, it’s all change again in the Alps with lots of snow forecast for not only this week, but next week too!

The forecast snow will come from a series of Atlantic storms, set to approach the Alps from the north-west, the first of which will arrive on Tuesday and continue to influence the weather on Wednesday.

This first storm will bring significant snow to the north-western Alps with a rain/snow limit initially around 1300-1600m on Tuesday, but which will fall to between 300m and 500m in most places on Wednesday. Areas set to benefit include the northern French Alps (e.g. 3 Valleys, Grand Massif, Portes du Soleil), most of the Swiss Alps (except some parts of the south, notably Ticino), the far west of Austria (e.g. Lech, St Anton), and the far north-west of Italy (e.g. La Thuile, Courmayeur).

On Thursday, after a brief early lull, a new storm will hit the Alps later in the day, with the heaviest precipitation again due in the north-west. As the main front will this time be a warm one, however, the rain/snow limit will start very low before rising to between 1200m and 1600m on Thursday night/Friday.

By the end of the week, there could be in the region of 50-100cm of fresh snow above 1600m in the north-western Alps, the higher end of this range more likely in France. The eastern and especially southern Alps will generally see less precipitation, with some parts of the south (e.g. Dolomites) only seeing a few cm at best. 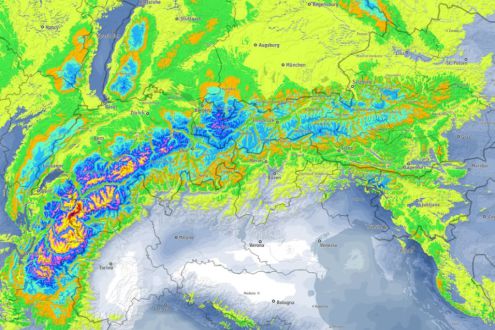 Big snowfalls are expected in the Alps this week, especially in the north-west. This is the accumulated snowfall forecast between now and Saturday 29 February – Image: bergfex.com, 24 February 2020

Tuesday will start dry in the Austrian Alps with sunny spells, the best of which will be in the south and east. Cloud will increase in the western Austrian Alps as the day progresses, with some rain (snow 1300-1600m) in the Vorarlberg and Tirol (e.g. St Anton) later in the day.

Wednesday will be mostly cloudy and windy with flurries or longer spells of snow (300-700m).

Thursday will see further snow showers (300-600m) affecting areas on or to the north of the main Alpine ridge. The far south (e.g. Carinthia) will, by contrast, remain mostly dry with sunny spells.

Tuesday will start dry in the French Alps, with some sunny spells, especially in the south. However, cloud will quickly thicken from the north-west, with rain expected in most areas later in the day. Only the southern quarter of the French Alps will stay dry. The rain/snow limit will start at around 1500-1800m but will lower steadily to between 600m and 900m overnight.

Thursday will start dry, but with cloud thickening from the north-west, heralding the arrival of a warm front which will bring rain and snow to most areas later in the day. The rain/snow level will start very low (300-400m), before rising to 1200-1500m overnight. However, it may stay lower for longer in the more internal valleys (e.g. Haute Tarentaise). 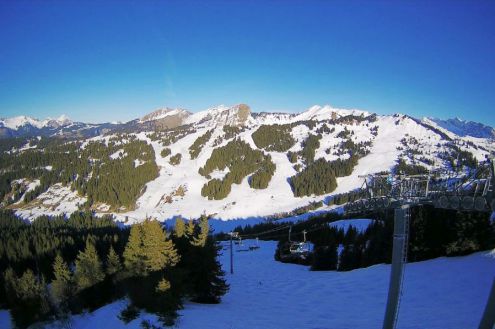 Tuesday will start dry in the Italian Alps with sunny spells in places, however, cloud will thicken up nearly everywhere with some rain/snow later on, mostly in the north-west (e.g. Courmayeur, La Thuile). The rain/snow limit will start at around 1200-1500m but will fall to 600m or so overnight.

Wednesday will see a lot of cloud and a few flurries to low levels, most of these close to the border areas. There will also be a few sunny spells here and there, especially in the far south (e.g. Limone).

Thursday will see variable cloud cover with the odd flurry, before more persistent snow arrives in the north-west (e.g. Courmayeur, Cervinia) later in the day. The rain/snow limit will remain on the low side.

Tuesday will begin dry in the Swiss Alps, with some sunny spells, although cloud will quickly thicken from the north-west, with rain/snow spreading to most areas later in the day. Only parts of the far south will stay completely dry. The rain/snow limit will begin at around 1200-1500m but will fall to between 500m and 800m overnight.

Wednesday will be mostly cloudy with frequent snow showers to very low levels in most areas, heaviest in the north. The far south (e.g Ticino) will, however, stay dry with sunny spells.

Thursday may start dry, but a further wave of precipitation will sweep from west to east across most regions, with only some parts of the far south staying mostly dry. The rain/snow limit will start low, and remain low in the enclosed valleys, but will rise to 1000m or higher in some exposed areas later in the day, especially close to the northern and western foothills. 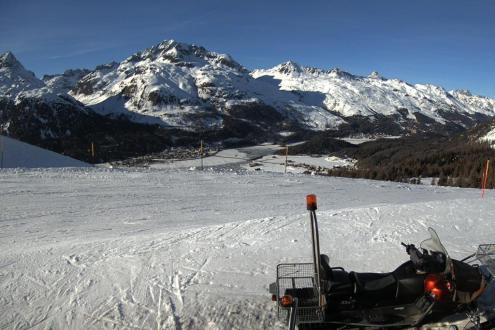 Sunny this afternoon in the Engadin. This is Silvaplana – 24 February 2020 – Photo: silvaplana.ch

The weather will remain unsettled over the weekend with further significant snow likely, especially in the northern and western Alps.

Our next detailed snow forecast will be on Friday 28 February 2020, but see Today in the Alps for daily updates