A lot of snow has fallen in the Alps this week, but only in very specific parts of the south-west. On Sunday and Monday, between 70cm and 120cm of snow fell at altitude in parts of the Italian Piedmont (e.g. Sestriere), the Queyras in France (e.g. St Veran), the Haute-Maurienne (e.g. Bonneval sur Arc) and the far south-east of the Haute-Tarentaise (e.g. the Pisaillas glacier above Val d’Isère), all of which now have a solid base above 1800m or so.

Some other south-western parts of the Alps also did well earlier in the week, albeit with less exceptional snowfall totals (e.g. Isola 2000, Montgenèvre, Zermatt, Saas-Fee and the Monte Rosa region). However, most of the rest of the Alps missed out this time around.

So, aside from these fortunate lucky south-western Alpine areas, where does this leave the rest of the Alps as we edge closer to the main winter season?

Glaciers aside, and with a few notable exceptions, snow cover is still meagre to be honest, though there is nothing usual about this given the time of year, and the medium-term forecast is promising. Next week will see temperatures start to turn colder, with a little snow here and there, first in the southern Alps before falls become more widespread, and heavier snow becomes likely later in the week.

Precise details are impossible to predict this far out but, as things stand, it does look set to become very interesting indeed over the next 7 to 10 days.

Across the pond, it is the Banff-Lake Louise area that is currently offering the greatest extent and variety of open terrain…

Austria may have missed out on the big storm that affected the south-western Alps earlier this week but it can still offer plenty of good skiing. Most of this is in the resorts with major glaciers, such as Hintertux (155cm upper slopes), Kaprun (85cm upper slopes) and Sölden (5/130cm), though Obergurgl (40/120cm) opened today and is currently offering by far the greatest extent of entirely non-glacial terrain in the Alps, with 85km of pistes open.

Lower down, snow cover in Austria is patchy, though colder weather next week should allow snow cannons to operate at maximum capacity. There might even be some significant natural snowfall later in the week. Watch this space! 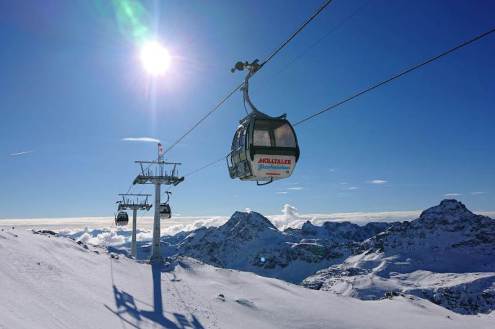 The Grande Motte glacier above Tignes (80cm upper slopes) has been France’s only lift-served skiing option for a little while now and is in great nick thanks to last Sunday and Monday’s significant snowfalls.

Val Thorens is opening this weekend but with less natural snow, meaning that skiing here will be largely on artificial snow for the time being, at least. Another resort that plans to open this weekend is Montgenèvre (at weekends only). Snow conditions should be pretty good here thanks to the 40cm of fresh snow that fell on Sunday and Monday.

As for how the French Alps are shaping up generally, the big storm earlier this week means that resorts close to the Italian border (roughly from Val d’Isère southwards, including Bonneval sur Arc, Val Cenis and the Queyras) should all now have solid bases, at least at altitude.

However, the good news is that the weather is set to turn colder next week, with an increasing chance of widespread heavy snow. Watch this space! 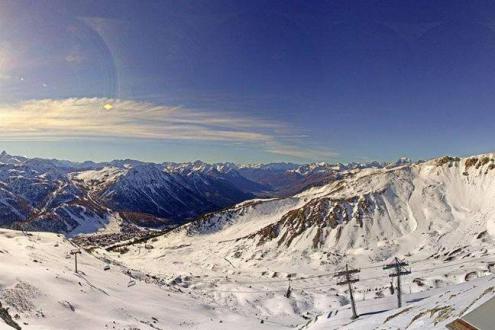 40cm of fresh snow at altitude is allowing Montgenèvre to open this weekend – Photo: montgenevre.com, 18 November 2021

Italy’s Piedmont region saw the most snow from the recent storm, with close to 1m at altitude in Sestriere and Prali, the latter planning to open this weekend.

Cervinia (115cm upper depths) also saw some significant snow and is currently offering the greatest variety and extent of terrain in the Italian Alps, with skiing possible both and down to its mid-station at 2500m and across the border into Zermatt.

Further east, a number of resorts are also offering some more limited skiing, including the glaciers of Val Senales (100cm upper slopes) and Passo Tonale (130cm upper slopes), with a selection of Dolomite resorts (e.g. Arabba, Kronplatz) opening up some runs next weekend.

The forecast for the Italian Alps is also looking promising, with some light snow possible as early as Monday and more significant snow likely later in the week. 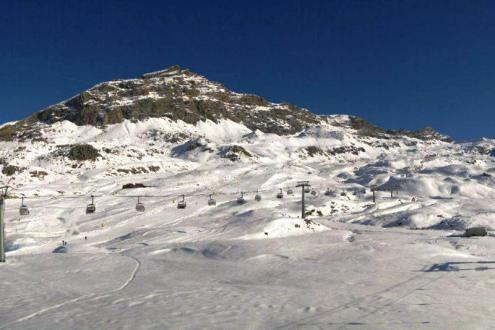 Good snow conditions down to the mid-station in Cervinia – 18 November 2021 –Photo: cervinia.it

This week’s storm only benefited some southern Swiss resorts, notably Zermatt (150cm upper slopes) and Saas-Fee (160cm upper slopes) which remain by far the best bets in Switzerland for the time being.

That said, a good number of other Swiss resorts are partially open, albeit still mostly at weekends and with the help of artificial snow, as natural snow cover remains patchy. These include Verbier (50cm upper slopes), Davos/Klosters (45cm upper slopes) and Arosa (40cm upper slopes), to name just a few.

The good news is that we are expecting a return to winter next week, slowly at first but with the chance of some widespread heavy snow later. Watch this space! 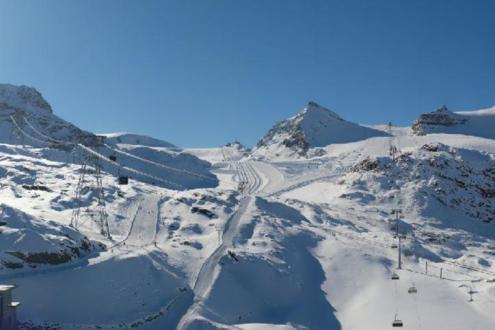 A small number of US resorts are now open, though with generally unremarkable base depths. Vail has a handful of runs open on a 45cm upper base, however, Mammoth is offering a bit more extensive terrain, with 38 open runs and an upper base of around 70cm.

The Banff-Lake Louise area (90cm upper base) remains the best bet of the limited number of resorts currently open in Canada, thanks to fresh snow and a good amount of terrain already operational. Lake Louise has 38 runs open today, for example.

Whistler now has a lot of snow at altitude and is expected to open on 25 November.