The weather in the Alps has entered a more unsettled phase, with a lot of snow and wind expected across many northern parts of the Alps (particularly in the north-east) over the next few days, especially between Monday and Wednesday.

By the end of Wednesday, as much as 60-80cm of new snow is expected above 1500m in some northern/north-eastern parts of the Alps, with the Austrian Arlberg (Lech/Zürs/St Anton) as likely as anywhere to see these kinds of totals.

More generally, around 30-60cm of new snow is expected across the northern Alps, from about central Switzerland eastwards, with 10-30cm likely in the western Swiss Alps (e.g. Verbier, Wengen, Villars) and the northern French Alps (e.g. Tignes, Chamonix, Avoriaz).

Wherever you are in the Alps, expect a LOT OF WIND early next week, especially between Monday and Wednesday. This will close some of the higher lifts and increase the risk of avalanche, which is expected to become very high in many northern and especially north-eastern parts of the Alps next week.

Saturday will be cloudy in the north and east of Austria (e.g. Kaprun, Obertauern), with the possible odd flurry (800-1000m). It should brighten up further west and south (e.g. St Anton, Obergurgl, Nassfeld), however, with some long sunny spells.

Sunday will be rather cloudy in the northern Austrian Alps (e.g. St Anton, Seefeld, Saalbach, Schladming), with a few flurries here and there (900-1100m). The south (Carinthia and Ostirol) will be mostly dry with sunny spells.

Monday will see more persistent snow spreading to many parts of the Austrian Alps, though the far south will again stay mostly dry. Watch out for some strong winds, especially at altitude! The heaviest of the snow is likely to fall in the Arlberg area (Lech/St Anton), where 30cm+ is likely by Tuesday morning. 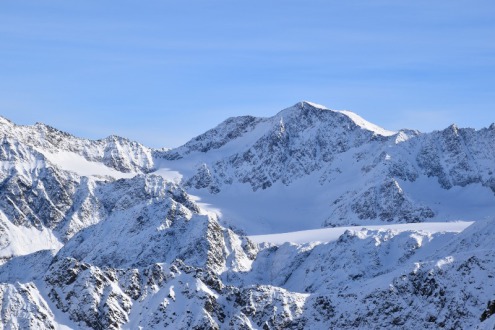 Blue skies today over the Kaunertal glacier, but snow is expected over the next few days, heaviest on Tuesday – Photo: facebook.com/kaunertal.gletscher, 28 January 2022

Saturday will be dry with sunny spells in the French Alps, but also with some high cloud at times in the northern Alps. Freezing levels will be around 2300m.

Sunday will remain mostly sunny with freezing levels a touch higher at around 2700m.

Monday will see cloud increasing in the northern French Alps (roughly north of Grenoble), with some light to moderate snow (400-700m) later in the day. The south will stay dry with plenty of sunshine, especially close to the Mediterranean coast. Watch out for some strong winds, especially at altitude! 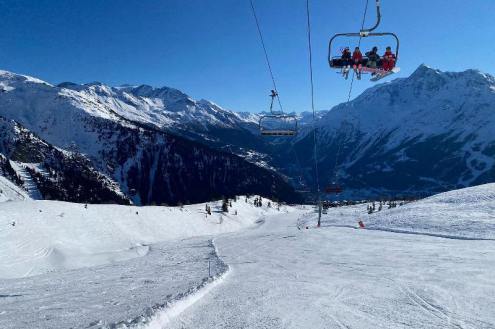 Saturday and Sunday will be sunny in the Italian Alps, with freezing levels between 2300m and 2800m.

Monday will remain mostly dry, though there will be more in the way of cloud close to the northern border areas (e.g. Cervinia), with a few flurries likely later in the day. Watch out for some strong winds, especially at altitude! 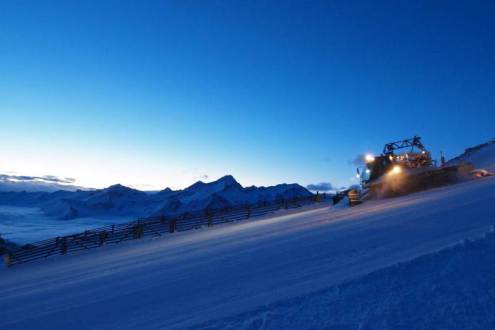 Dawn in the Monte Rosa region today, where a few centimetres of snow are expected early next week – Photo: facebook.com/visitMonteRosa, 28 January 2022

Saturday will be dry in the Swiss Alps, with plenty of sunshine and freezing levels around 1800-2000m.

Sunday will be cloudier in the northern Swiss Alps (e.g. Engelberg, Flumserberg), where the odd flurry (1000m) cannot be ruled out, especially close to the Austrian border. The further south you are, the more in the way of sunshine you will see.

Monday will be cloudier generally, with some snow (400-800m) later in the day, especially in the north. The far south may remain mostly dry. Watch out for some strong winds, especially at altitude. 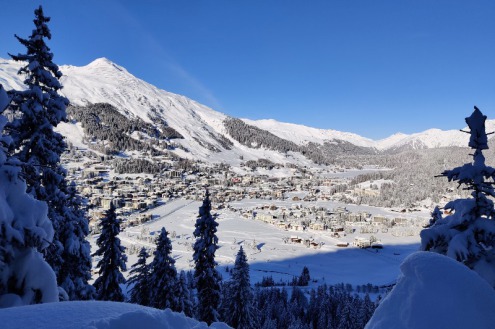 Tuesday will see stormy winds and snow showers, with most of the snow again falling across the northern (and particularly north-eastern) Alps. The southern Alps will also be windy, but will again remain mostly dry.

On Wednesday, further snowy and very windy weather is likely across the northern (and especially north-eastern) Alps (i.e. Austria), while the southern Alps stay mostly sunny (but also windy).

Some flurries will linger in Austria on Thursday, though it will brighten up across the western Alps. The south will again remain sunny throughout the day.