Another torrid summer has taken its toll in the Alps and, with no snow in the immediate forecast, Tignes has been forced to postpone the opening of its glacier for skiing, which had been scheduled for this Saturday.

Another torrid summer has taken its toll on the Grande Motte glacier – 26 September 2018 – Photo: tignes.net

Regular followers of Weathertoski will know that this is how the Grande Motte glacier has been looking at the end of the summer for several years now. Given the near record amounts of snow that fell here last winter, you would think that things would have been different this time, but not so.

The long hot summer has also caused problems for other glaciers in the Alps. In the Southern Austrian Alps, the Mölltal glacier should be open right now but was forced to suspend operations on 17 September “until the snow situation improves”. In Sölden, resort authorities would normally be looking at opening the first glacier runs of the autumn about now but, as things stand, there is simply not enough snow to do so. In the Tirol, the Kaunertal glacier may open a run or two this Saturday (29 September) but don’t be surprised if that is also pushed back.

That said, it is possible to ski in the Alps right now. The best three bets (by far) are Hintertux, Saas-Fee and Zermatt. You can also ski in Italy’s Val Senales and Passo Stelvio, but on a much more limited basis.

Whatever the case, much more snow is needed to really spark up the Autumn glacier season. Some significant falls are possible early next week but it is still too early to be sure. Stay tuned for updates…

This weekend finally sees the end of Val d’Isère’s first ever summer opening of non-glacial skiing on Bellevarde, which opened back on 3 June. This followed one of the snowiest ever winters in the northern French Alps with cumulative snowfall totals of nearly 9m at resort level in Val d’Isère. 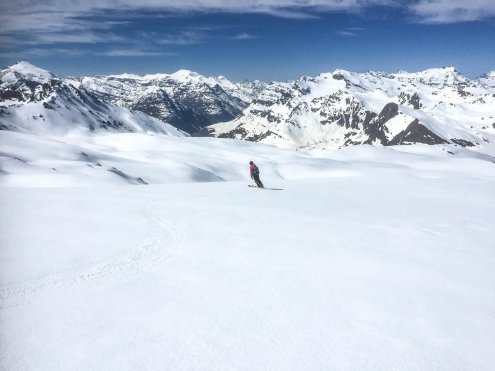 Lots of snow this year on the French glaciers. This how the Pisaillas glacier above Val d’Isère looked this week – 16 June 2018 – Photo: facebook.com/valdisere

Skiing has also recently got underway on Val d’Isère’s Pisaillas glacier, meaning the resort saw skiing on two entirely separate mountains in June –  another first for Val d’Isère – if only for a few days.

Skiing on the Pisaillas glacier will continue until 13 July, with much better conditions promised than in recent years. Summer skiing will also begin in both Tignes and Les 2 Alpes on 23 June.

There are also many more summer skiing options elsewhere in the Alps...

In Switzerland, you can ski all year round in Zermatt with Saas-Fee joining the fray on 14 July.

In Austria, you can ski on the Hintertux glacier all year round, on the Kitzsteinhorn glacier above Kaprun until 22 July, and on the Mölltal glacier from today (16 June) right through until next spring.

The main ski season may be over, but parts of the western Alps have woken up to significant snow this morning, including Val d’Isère (pictured) where there has been 15cm at resort level and up to 25cm higher up. 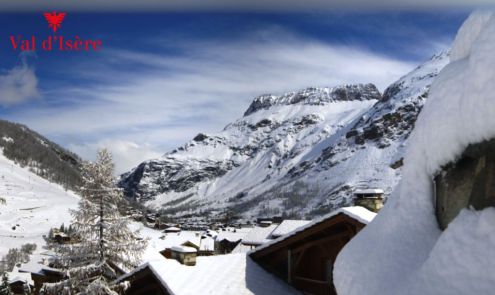 This is great news for Val d’Isère where, for the first time ever, a handful of entirely non-glacial runs are scheduled to reopen for summer skiing on 1 June (before the glacier opens as usual in mid-June).