Snow conditions have been transformed across the Alps over the last week, thanks to a succession of storms that have dumped significant quantities of the white stuff over most (though not all) Alpine regions.

Since this major new storm cycle kicked off a week or so ago, the regions that have seen the most snow (with between 60cm and 100cm), include the northern French Alps (e.g. Flaine, Avoriaz), the northern Swiss Alps (e.g. Engelberg, Braunwald) and the northern and western Austrian Alps (e.g. Lech, Kaprun).

Snowfalls have generally been more modest the further south you go, with 15-40cm in inner Alpine areas (such as Zermatt, St Moritz and Obergurgl) and less still in many southern resorts. The south-eastern Alps (e.g. Dolomites) have seen bits and pieces of snow, but the far south-west (e.g. Isola 2000, Prato Nevoso) has largely missed this time around.

Although temperatures in the Alps have fluctuated this week, they have generally been on the low side allowing snowmaking to operate efficiently. And, with further snow forecast across many parts of the Alps over the next few days, we can safely say that (from a snow perspective, at least) it is a very encouraging start to the Alpine season.

Looking beyond the Alps, the Pyrenees are now enjoying exceptional early season snow conditions with another 1m of snow possible in some resorts over the next few days!

Meanwhile, across the pond, all eyes are on the Banff-Lake Louise area where there has also been exceptionally heavy snowfall in recent days, in stark contrast to most US resorts...

Snow conditions are generally good for early December in Austria, though some resorts (e.g. in Tirol) remain closed until at least 13 December due to Covid-related restrictions.

Most of the recent fresh snow has fallen in the north, where Kaprun has seen 60cm of fresh snow at altitude over the last few days, allowing settled snow depths on the glacier to reach 125cm.

Further south, Obergurgl (25/105cm) is also in good shape, although lockdown restrictions mean that skiing won’t be possible until 13 December.

Further snow is expected to fall across most Austrian resorts over the next few days, meaning that conditions should be good when most resorts (hopefully) open on (or soon after) 13 December. 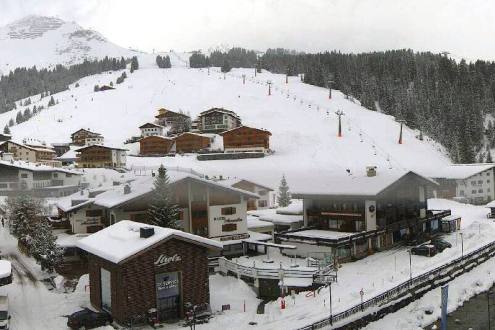 Snow conditions have improved hugely in the last week across the northern Alps thanks to a series of storms that have brought significant snow to low levels. This storm cycle will permit the unscheduled (partial) opening of several French resorts this weekend, including Les Gets where settled snow depths are about 50cm up top.

Several major resorts are already open daily in the northern French Alps, and are in increasingly good condition, including Val d’Isère (15-90cm) and Val Thorens (50/80cm), both of which will see further significant snow over the next few days.

The southern French Alps have seen less snow in recent days, however, Montgenèvre has enough natural snow to now open at weekends, and Isola 2000 will open this Saturday on a mixture of natural and man-made snow. 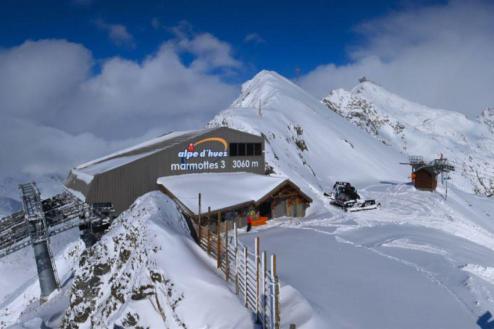 Looking good in Alpe d’Huez just before the start of the main season – 2 December 2021 – Photo: alpedhuez.com

Italian resorts have mostly seen less fresh snow than other Alpine countries in recent days, however, there have been some moderate falls here and there and there is generally still some very good skiing to be found in those resorts already open.

One such resort is high altitude Cervinia (5-150cm), which has been open since mid-October and where conditions are excellent above mid-station. Further east, more and more Dolomite resorts are starting to open, such as Kronplatz (10-120cm), thanks to a mix of natural and man-made snow.

Some snow is expected here and there over the next few days, though probably not as much as in the north-western Alps. 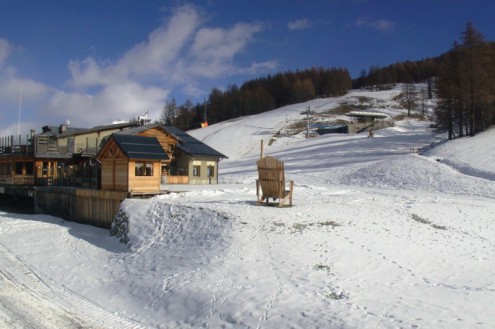 Relatively thin cover in Bardonecchia right now, but snowmaking will help over the next few days – 2 December 2021 – Photo: bardonecchia.it

Most Swiss ski resorts have seen significant snowfall in recent days, which has transformed the Alpine landscape, particularly in the northern Swiss Alps where there was very little snow just a week or so ago.

One of the snowiest “northern” resorts right now is Engelberg, where settled snow depths are a very impressive 50/167cm depending on altitude. However, Zermatt (0/150cm), further south, is still offering the greatest extent and variety of skiing in Switzerland, even if snowfalls have been more modest here this week than further north.

All Swiss ski areas are expected to see fresh snow over the next few days, heaviest in the north and west. 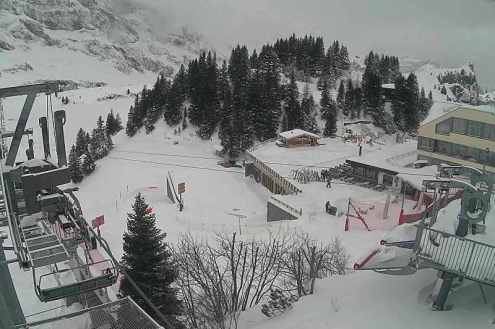 The Pyrenees are having a tremendous start to the season, with ample snow in all areas and lots more in the forecast. Spain’s Baqueira Beret (80/120cm) has around half of its area open today and is forecast to receive a further 60cm or so of snow this weekend. Andorra’s Pas de La Casa (60/100cm) is also open (as of today) and offering excellent early season conditions.

Several resorts are now partially open in Scandinavia, though it is currently very cold in northern and eastern Scandinavia, where temperatures are expected to struggle to get higher than -18°C in Finland’s Ruka (15-20cm) this weekend.

Scottish ski resorts have seen some snow in recent days, especially further east (e.g. Cairngorm) but, as yet, no Scottish ski areas are open for lift-served skiing.

Snow cover is generally considerably below average across the western US, with those resorts that are partially open such as Colorado’s Vail (50cm upper base) and Utah’s Solitude (60cm upper base) heavily reliant on artificial snow.

The forecast is promising though, with heavy snowfalls expected across many western US resorts next week, which should vastly improve the situation. 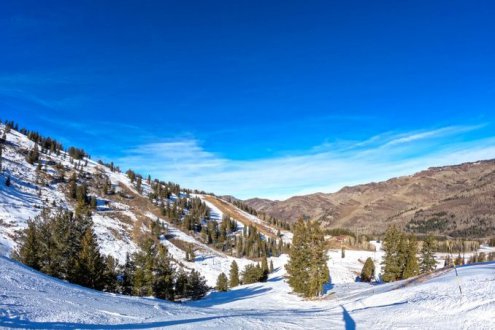 The Banff-Lake Louise area (115/160cm) is the place to be right now, with 40cm of fresh snow topping up an already solid early season base, meaning that snow conditions are exceptional here for early December.