Large quantities of snow have fallen across the north-western Alps in recent days. This has been great news for the lower resorts of this region, such as Morzine, Megève and Gstaad, which had been struggling recently in the mild conditions. In terms of how conditions later in the season might play out, these resorts are not out of the woods yet but, for now at least, conditions are much improved.

By contrast, the higher resorts of the northern Alps (such as the 3 Valleys, Paradiski and L’Espace Killy), which already had “normal” snow cover, now have masses of snow and can be considered excellent bets for a late season break.

There has also been some fresh snow elsewhere in the Alps, but generally it has been less significant the further east and especially south you are. The Dolomites, for example, have not seen a really big dump for many weeks now, but the excellent early season base is holding out well here and, for now at least, there is still some excellent skiing to be had at all levels.

Across the pond there is still lots of good skiing on offer, even if there have not really been any huge dumps to report this week. Scotland deserves a mention though, as snow conditions are now exceptional here (assuming you can find a window in the weather), after what had been a torrid first half to the season…

Snow conditions in Austria are generally still quite good even if snow quality is a bit mixed in some of the lower resorts due to the recent fluctuations in temperature.

Although the weather may be quite volatile right now, the higher resorts like Ischgl (40/130cm) and Obergurgl (65/140cm) remain the best bets going forward, with good snow cover now guaranteed here until the end of the season.

Lower resorts such as the Ski Welt (45/80cm) are also skiing fine for the moment, with further snow likely here and in other Austrian resorts over the next few days. 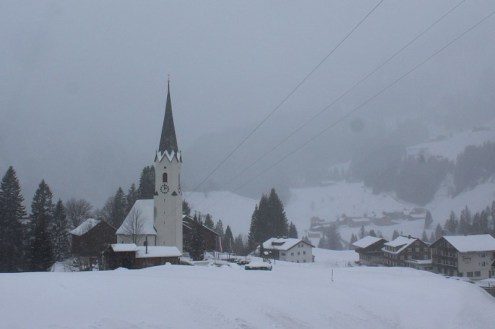 The lower resorts, such as Morzine (20/160cm) which had been suffering in recent weeks, have also seen significant snow, even if it did briefly fall as rain again lower down late this afternoon.

All in all, it’s an encouraging picture in the northern French Alps as we approach March with more snow forecast at times over the weekend and into next week.

Resorts in the northern part of the southern Alps, including Serre Chevalier (35/240cm), have also seen significant new snow this week. However, resorts in the far south such as Isola 2000 (90/140cm) missed most of the recent action, but are still in good shape overall.

The southern French Alps are also likely to see fresh snow over the next few days, especially early next week. 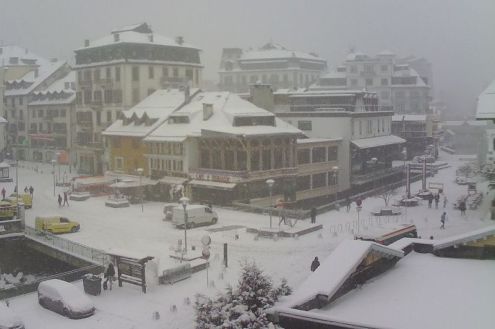 Heavy snow right down to the centre of Chamonix - something we haven’t seen too much of this season – 27 February 2020 – Photo: chamonix.com

With some exceptions, Italy has again missed the brunt of the recent storms. That said, there is still some excellent piste skiing to be had in the Dolomites thanks to the deep base laid down by the major early season storms. Madonna di Campiglio currently has base depths of 60/140cm, while Arabba has 100/145cm.

For significant fresh snow, you will need to head to the north-western Italian Alps, where Courmayeur (45/210cm) and Cervinia (120/130cm) have both seen moderate accumulations in recent days.

The good news for all Italian resorts is that more widespread snowfall is likely in the coming days, especially early next week. 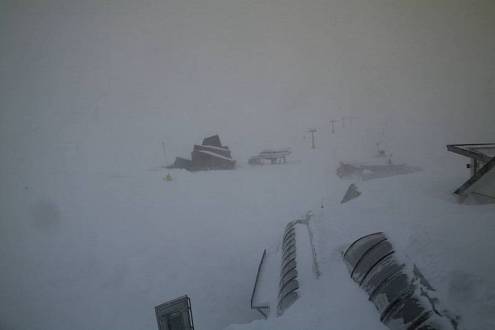 Most Swiss resorts have seen significant snow over the last couple of days, with some of the heaviest falls in the west, where Mürren now has base depths of 80/280cm and Verbier has 60/325cm.

Further south, Zermatt (60/270cm) has also seen new snow and will be in great shape once the weather settles down, as will Davos (75/190cm) in the east.

The forecast over the next few days is very mixed, with fluctuating temperatures but some further snow for most regions. 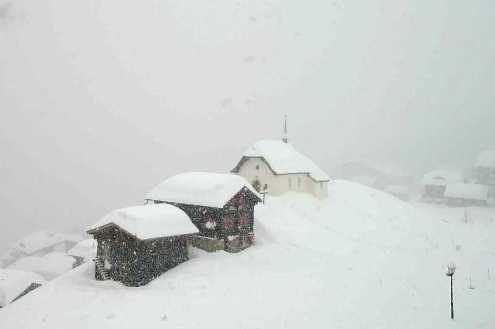 All Scottish ski areas have ample snow cover with some excellent skiing on offer between the storms. Leading the way in terms of snow depths is Glencoe, where there is 30cm of fresh today and a very impressive 205cm upper base!

Snow conditions are more mixed in the Pyrenees though, with some decent skiing at high altitude but a serious shortage of snow lower down. Among the better bets right now are Spain’s Baqueira Beret (50/150cm) and Andorra’s GrandValira (40/125cm). 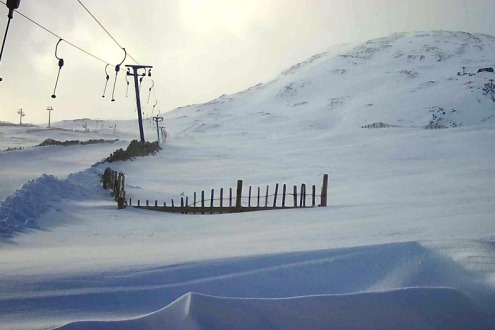 Snow depths remain impressive across most western US resorts. Wyoming’s Jackson Hole (210cm upper base) has had a vintage season so far and is forecast further moderate snowfalls this weekend.

Colorado resorts are also doing well, with “packed powder” reported in both Vail and Winter Park where the upper base depths are closer to 200cm.

If there is one area that is a bit behind the curve it is California but, even here, the likes of Mammoth (190cm upper base) can still offer some excellent on-piste conditions.

Whistler has seen a further 35cm of new snow at altitude since last week and has a steady mid-mountain base of 250cm. The weather will continue to be changeable over the next few days, with fluctuating temperatures and some snow from time to time, especially higher up. 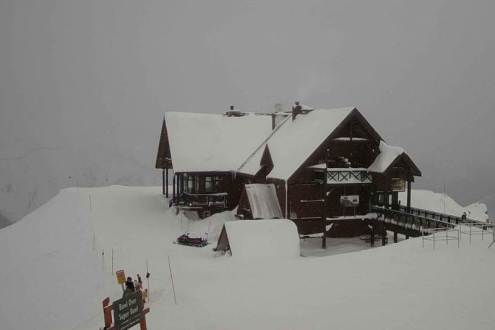 Plenty of snow in the resorts of western Canada. This is Kicking Horse – 27 February 2020 – Photo: kickinghorseresort.com

Our next full snow report will be on Thursday 5 March 2020,