2013-14 was below average in snowfall, 90% of normal, but most of that deficit came from California, which had its second lowest season on record. The Pacific north-west, Idaho, Utah and the south-west were below average, while most of western Canada, Montana, Wyoming and Colorado enjoyed an above average season. 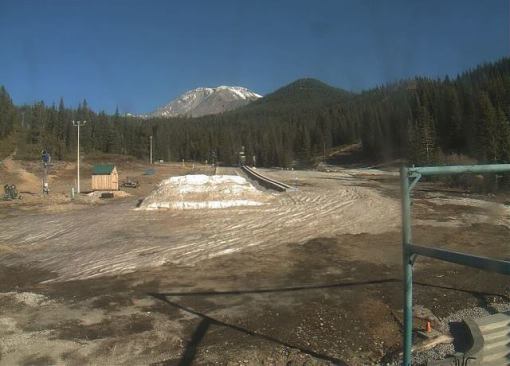 There were acute snowfall shortages in N. California - particularly early in the season. This is Mt. Shasta in January 2014.

Utah’s snowfall was 74% of its average, but December was adequate to open most terrain in the Cottonwood Canyons.  Other areas reached full operation after a 1m+ storm in early January. February and March had average snowfall. Park City finished the season with 6.4m (86%) and Alta had the most snow with 10.4m (80%). In the far south Brian Head suffered drought in a similar pattern as California and had its lowest snow season on record at 3.9m (48%). 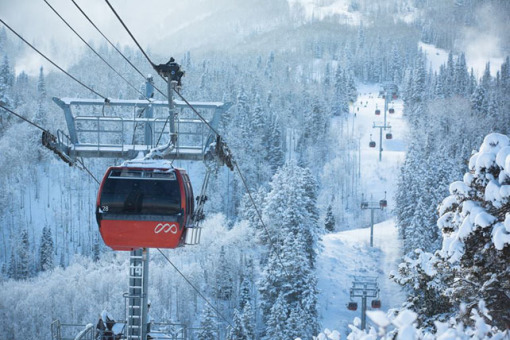 A snowy day at the Canyons, but overall Utah had a lean season, especially in the south - Photo: facebook.com/canyonresort

Colorado overall saw 106% of its average, with heaviest snowfall near the Continental Divide (Loveland led the region with 10.6m, 120%) and the least in the south-west (Taos had 5.3m, 80%). The south-west had considerable snow in November and early December, but very little from mid-December through late January. Meanwhile the Front Range/I70 areas were about average until Christmas, but then had multiple storms through mid-January. 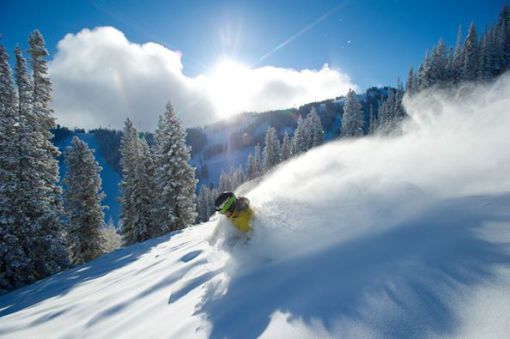 Aspen enjoyed an above average season, with 7.5m of snowfall - Photo: facebook.com/aspensnowmass

The U.S. Northern Rockies were overall 101% of normal, but sharply divided between below average Idaho (Sun Valley 4.0m, 82%) vs. above average Montana (Big Sky 9.2m, 127%) and Wyoming (Jackson Hole 10.2m, 109%). This pattern held through the entire season, except for the widespread late January dry spell and the most intense snow period in February.  From 31 January to 7 March Jackson had 4.5m and there were only 3 days that it did not snow. Grand Targhee had the most snow with 12.2m (102%).

The north-east saw 93% of its average seasonal snowfall. November and early December were above average for snow-making, though mostly below average for snowfall. There was 0.7m of snow mid-December, but widespread rain the weekend before Christmas. There was some snow through the holidays into early January. Trail counts were reduced in mid-January by a severe rain/freeze.

Conditions improved during the second half of January with snow and consistent cold temperatures, and were very good through February/March with above average snowfall and well below average temperatures with only occasional warm-ups. More spring terrain was open than usual, despite little new snow in April. Killington had 5.0m (80%) and Cannon Mt. 4.6m (114%). Smugglers Notch led the region with 7.2m (88%). 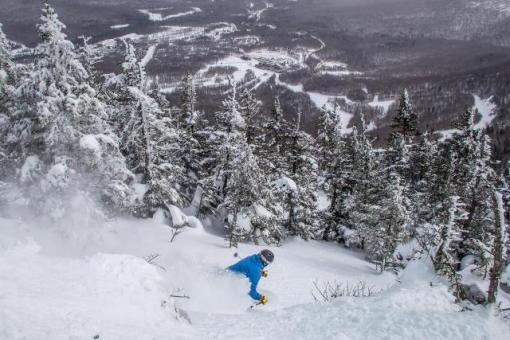 Snowfall in the eastern US was not far off normal. This is Jay Peak in Vermont - facebook.com/jaypeakfan

Interior western Canada was the strongest region in North America at 114% of normal. November was well above average, leading to a good holiday season at most areas. There was over a metre of snow in early January, but a dry second half. February snow was below average, but March was huge with over double average snowfall. Lake Louise had 6.8m, 161% - being the highest relative to normal for any area in 2013-14. Big White had 7.0m (101%) and Fernie led the region with 10.1m (106%).

The Pacific north-west saw below average snowfall at 82%. The shortfall was in November/December, which had less than half average snowfall and thus depressed skier visits nearly as much as in California. About 1.5m fell in early January to open most terrain, but bases and conditions were sub-par. It finally dumped over 5m of snow throughout the region in February and March. Whistler wound up with 9.0m (85%) and Mt. Bachelor 10.2m (104%). Alyeska had its lowest season on record at 7.4m (57%). Mt. Baker easily led North America in snowfall with 14.8m, despite being well below average at 89%.

Tony Crocker is an award winning snow-sports journalist and founder of www.bestsnow.net the definitive guide to weather and snowfall patterns in North American Ski resorts.