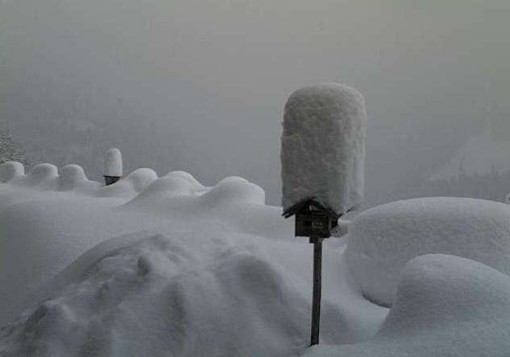 The winter of 2012-13 was pretty special in Europe, of that there is no doubt. Where (or even whether) it ranks in the list of all-time greats, however, depends on two things - location and personal interpretation.

What exactly constitutes a great season?

For some it is simply about the number of powder days. For most recreational skiers, however, there is a balance to be struck between good snow and plentiful sunshine… 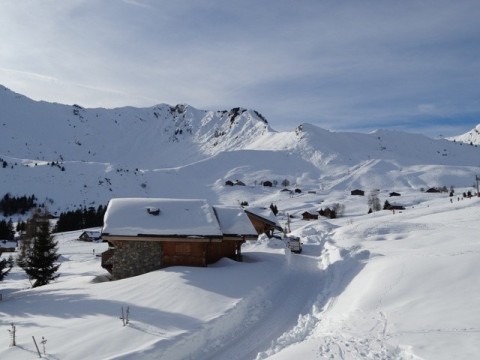 The 2012-13 season saw something of an east-west split. Snowfalls in the western Alps were above average, way above average in most cases, particularly in France - which comfortably emerged as the snowiest of the 4 main Alpine countries. Unusually, both the northern and the southern French Alps did extremely well though it was inevitably the higher profile resorts of the north that grabbed most of the headlines.

The western Swiss Alps were also very snowy, but it may come as a surprise to learn that eastern Switzerland and much of Austria saw closer to average snowfalls. 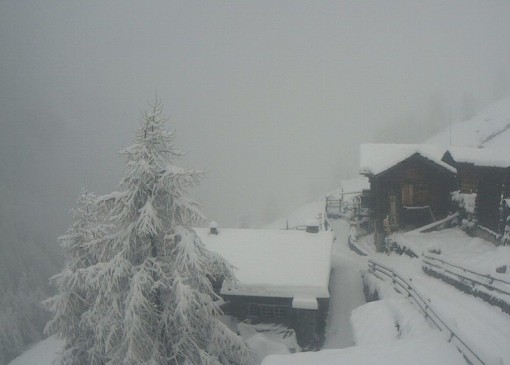 It is more difficult to generalise about Italy but, with some exceptions, snowfall was above average without being spectacular. The main anomalies (with significantly above average snowfall) were resorts close to the north-western border with France and parts of the Dolomites. 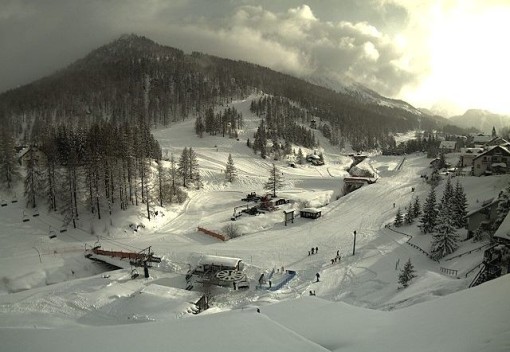 Steady if unspectacular snowfalls this season in the Italian Milky Way - Photo: www.claviere.it

Unlike last year (when there was no snow until the second week of December) the build-up to the 2012-2013 season was far less nerve-racking. Snow started falling early and regularly (particularly in western Italy) and, by late November, most high (and some low) resorts had already established a reasonable base.

December then saw a succession of massive snow-storms barrel into the north-western Alps, which was to set the tone for much of the season. By the middle of the month, snow depths were approaching record levels for the time of year across the western Swiss (e.g. Verbier, Villars) and the northern French Alps (e.g. Avoriaz, La Clusaz - the latter reporting 300cm of settled snow at 2400m on 12 December). 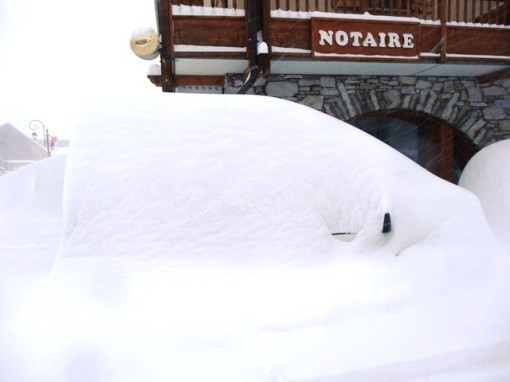 There were several massive December snowfalls in the north-western Alps, including here in Val d'Isère on 4 December - Photo: weathertoski.co.uk

Most other Alpine regions also reported good pre-Christmas conditions – even if snowfalls weren’t quite as exceptional as they were further west.

Fortunes were more mixed in late December/early January, with wildly fluctuating temperatures and some rain lower down, particularly across the northern Alps. Higher up, however, conditions remained good and, by mid-January, winter was firmly back in control with fresh snow across the board.

Mild Atlantic air returned temporarily around the turn of the month, with further rain for some low resorts. Higher up, however, the snow continued to pile up and a more durable spell of cold was back by the middle of February and remained for the rest of the month. 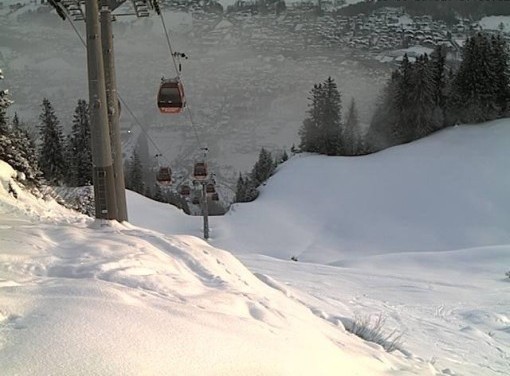 There was plenty of good skiing in the lower Austrian this winter, despite some milder wetter interludes. This is Kitzbühel on 23 January 2013 - Photo: www.kitz.net

March was mixed, with strong Foehn winds early in the month bringing snow to the southern Alps (particularly Italy), but a thaw to lower resorts further north, especially Austria. It continued unsettled (though never particularly cold) for the rest of the month, with further snowfalls in most regions, especially at altitude. 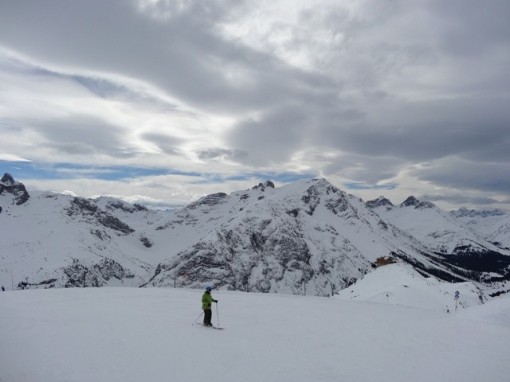 Classic Foehn skies on the north side of the Alps. This is Lech - 6 March 2013 - Photo: weathertoski.co.uk

April was also highly changeable with very little sun and further significant snowfalls – often to quite low levels– especially in the north and west.

So where actually got the most snow, and was the winter of 2012-2013 really all it was cracked up to be?

Note: unless otherwise stated all measurements are at resort level

Well, as we have mentioned, snowfall in Austria was actually close to or even slightly below average for many regions. Lech for example recorded 6.51m of snow and nearby Warth-Schröcken 10.2m. These figures may seem high by alpine standards, but are actually slightly below average for this super-snowy corner of the Alps (Warth-Schröcken has the highest average snowfall of any resort in Europe with 10.6m).

That said, both resorts – and the Arlberg/Vorarlberg region as a whole - can be considered to have had an excellent season.

Because snowfalls were regular yet never disruptive (as they can be in these parts). Lech’s biggest 24hr snowfall in the entire season was just 36cm! 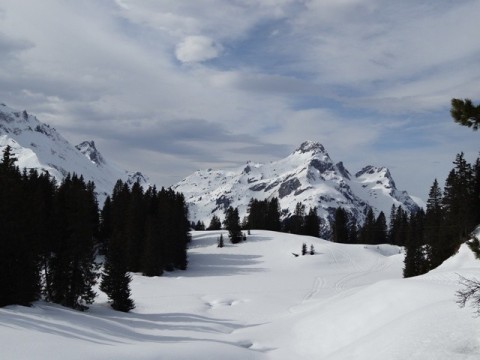 Warth may have got over 10m of snow this season, but this is only about average for the snowiest corner of the Alps - Photo: weathertoski.co.uk

Elsewhere in Austria, high resorts – particularly those in the west such as Obergurgl, Sölden and Ischgl – can also look back on an excellent season. Lower down and further east, conditions were more variable with some excellent skiing at times, spoilt by a number of mild rainy interludes. Resorts such as Kitzbühel and Söll ended up with around 2 to 2.5 m of snow at resort level, 5-6m up top, again slightly below their long term averages.

All Italian resorts can look back on a highly satisfactory season overall, even though snowfall didn’t reach the dizzying heights achieved further west. Courmayeur clocked 5.52m at 1700m and 8.93m at 2250m, significantly above average for this relatively dry corner of the Alps. The Dolomites did well too, with 5.16m measured in Arabba, nearly 1.5m above its long term average. 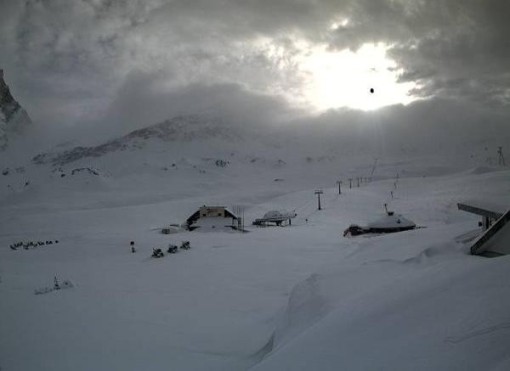 Great conditions in north-western Italy this year. This is Cervinia - Photo: www.cervinia.it

Switzerland saw only average or even slightly below average snowfall in the east and south-east – 5.06m for Arosa is slightly below par for what is statistically one of the snowiest major resorts in the country. Further north and west, however, it was a very different story. Zermatt saw 3.9m, not much on the face of it, but above average (approx 3m) for this dry corner of the Alps. 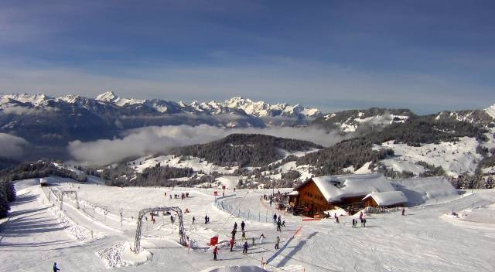 Villars, in western Switzerland, had exceptional snowfall this year. It wasn't always this sunny though! - Photo: www.villars.ch

Villars was also well above average with an impressive 7.44m at 1800m (average 5.5m) and nearby Verbier had its 3rd snowiest winter since records began in 1977 with 8.9m at Les Ruinettes (2200m), over 3m above its seasonal norm.

"I think the 2012/13 season was my best so far in Verbier. We started getting epic powder days right back in early December and it just kept coming. Highlights had to be the days when the snow depth meant I was actually getting my head beneath the snow on some turns.

It got a little warmer in April with a lot of slides but overall it would be rude to complain. Let's hope 2013/14 brings something similar!"

All of which leaves France as the standout Alpine country of the 2012-13 season and where, to the best of our knowledge, every single resort witnessed above average snowfall.

It is sometimes the case that when the northern Alps have a bumper season, the southern Alps have a lean one. But not this year, as exemplified by Isola 2000 near Nice which saw 8.3m of snow, nearly twice its long term average and its 2nd snowiest year on record. Les 2 Alpes also had a vintage season with 10. 75m of snow (at 2600m) its highest ever figure since records began in 1982.

Not surprisingly, figures for the big Tarentaise resorts were also high, though not record-breaking. Val d’Isère clocked 7.95m, 4th on its all-time list. La Rosière, La Plagne and Arc 2000 were all also just shy of 8m, about 40% above average. 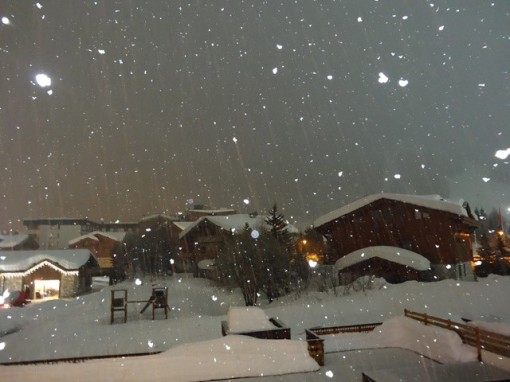 "This past season was one of the best for off-piste skiing, maybe even the best I've ever had in Val d'Isère and the northern French Alps in general. For me the quality of snow off-piste was thanks to the sustained cold temperatures through February, March and early April combined with so many snowy days and nights.

There were only a few negative points: one was that during the early season the new snow and the cold temperatures combined to make a very unstable snowpack resulting in a number of tragic accidents. Another was that we had virtually no "spring snow" off-piste due to the cold snowy weather (smooth spring snow is one of my favourites!). And alas, there were very few sunny days, but you can't have everything!"

Further north, the figures become more impressive still. Little Les Saisies broke it’s all time record with a whopping 9.6m of snow (nearly twice its average) and La Clusaz’s 9.36m (at 1800m) can only be beaten by the infamous “avalanche year” of 1998/99. 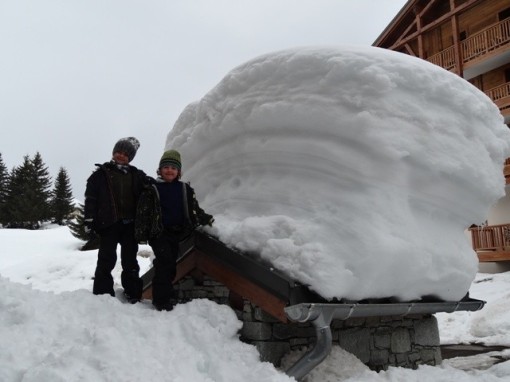 So which Alpine ski resort got most snow of all? 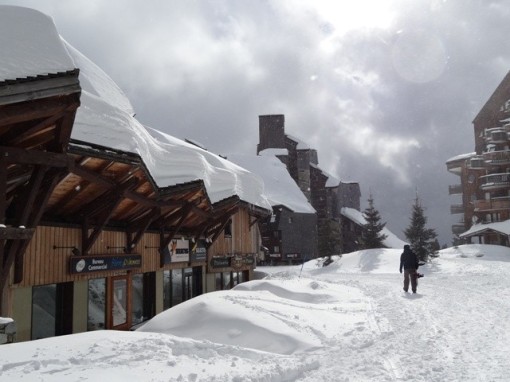 For the western Alps, particularly the north-western Alps it was one of the snowiest (in places THE snowiest) year on record. The snow fell regularly, but seldom in disruptive quantities making it a truly vintage season for powder hounds. However, a lack of sunshine, particularly in spring made things more frustrating for recreational skiers.

In this respect, it might be argued that Italy did better for the average holiday-maker, as the weather was more favourable, yet there was still plenty of snow. Eastern Switzerland and Austria had only average (sometimes below average) snowfall, but here the higher resorts at least still enjoyed an excellent season. 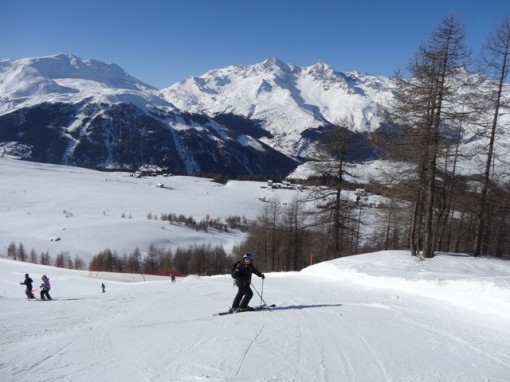 Italian resorts had great snow and more sun than resorts on the northern side of the Alps. This is Madesimo - Photo: weathertoski.co.uk

Of all the Alpine regions, the lower Austrian resorts were the least impressive, but even here conditions were par for the course and there was plenty of good skiing to be had.

Overall then I would rate the 2012-13 season as a vintage, but not necessarily the best ever.

Memories are short and all things considered I would argue that 2008-09 was a better season. Back then many southern resorts broke records and, although snowfall was closer to average across the northern side of the Alps, it fell at key times and there were fewer fluctuations in temperatures. What’s more the weather was better than in 2012-13, with more sunshine between the storms.

Snowfall in the Pyrenees was exceptional in 2012-13, with numerous records broken, particularly in the western half of the chain. Baqueira Beret (Spain) clocked an astonishing 14.56m (at 1800m), it’s highest reading since records began in 1964. 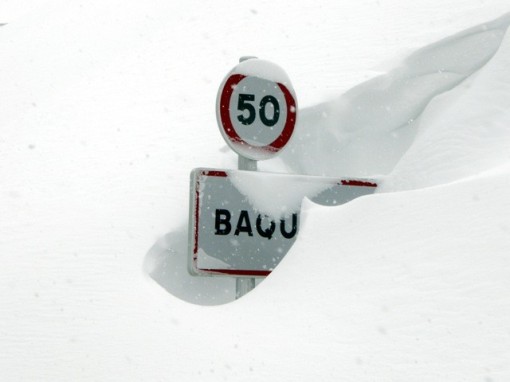 Record-breaking snowfalls for much of the western Pyrenees, including Baqueira Beret - Photo: www.baqueira.es

Over in France, Cauterets’ figure was even higher at 15.3m (at 2000m), though resort officials could not confirm if it was the highest ever. Whatever the case, the snow became problematic this year in the French Pyrenees as it did not fall evenly throughout the season, but rather in a handful of massive storms that caused severe disruption and cut many resorts off for days on end (e.g. La Mongie).

Scandinavia had a steady if unspectacular winter with relatively low snowfall, but very cold temperatures – especially in the second half of the season.

Bulgaria had a decent enough season with regular snowfalls, especially during the early and middle part of the season.

Scotland has had a number a bumper seasons in recent years with 2012-13 again delivering the goods. It wasn’t perfect by any means – early conditions were somewhat variable – but spring was one of the coldest and snowiest on record allowing Cairngorm to run into the 3rd week in May. 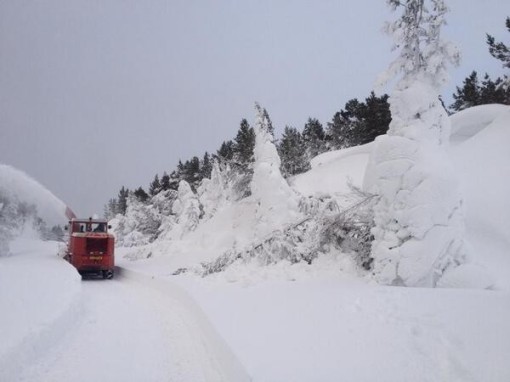