Following a relatively dry and very mild November, winter has returned to the Alps this week, with new snow and a drop in temperature.

Accumulations have been modest so far, but we are expecting some very large snowfall totals across the southern Alps over the next few days, with between 1m and 1.5m of new snow forecast in parts of the Dolomites, and Austria’s Osttirol and Carinthia regions.

Most other parts of the Alps will also see at least some snow which could have made for a pretty good start to the main winter ski season, had Covid-related restrictions not prevented most ski resorts from opening,

Right now, Switzerland remains the only country that is offering any skiing in the Alps. The best conditions and greatest extent of open slopes are still to be found in Zermatt and Saas-Fee, though (of the open areas) it is St Moritz, in the far south-east, that will see the most snow from this incoming storm.

Across the pond, Colorado’s Wolf Creek and Alberta’s Banff/Lake Louise areas remain as good as anywhere…

There is currently no skiing available to the public in Austria due to measures taken to combat the spread of Covid-19. Had restrictions not been in place, several non-glacial resorts would now have been open, with the greatest extent of piste skiing probably in Obergurgl and Ischgl, even if both would still have been heavily reliant on artificial snow. 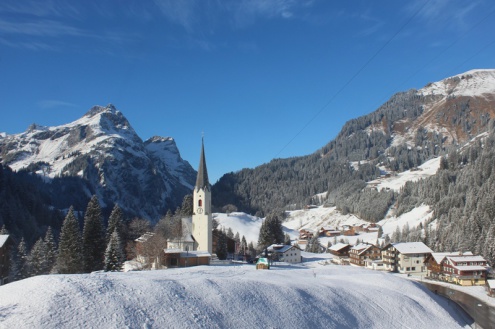 Had restrictions not been in place, several French resorts would have been open by now, the most prominent being Val Thorens and Val d’Isère/Tignes. These have all seen new snow in recent days but snow cover is still thin and artificial snow would have needed to have been in the mix, especially lower down.

Some moderate to heavy snowfalls are expected across all French resorts in the next few days, heaviest close to the Écrins range (e.g. Les 2 Alpes). 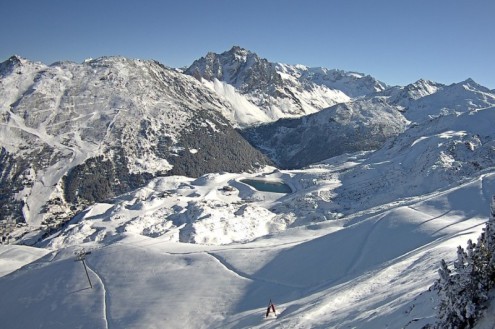 Modest snow cover across the Méribel ski area, though it will be nicely topped up over the next couple of days – Photo: merinet.comiseyVallandry

Had restrictions not been in place, it would have been possible to ski in Cervinia since October. Indeed, professional ski teams are currently training here and skiing down to the mid-station at Plan Maison (2500m).

Several other resorts would also have been open by now, including Cortina and Madonna di Campiglio which would have both operated using a mixture of natural and artificial snow. 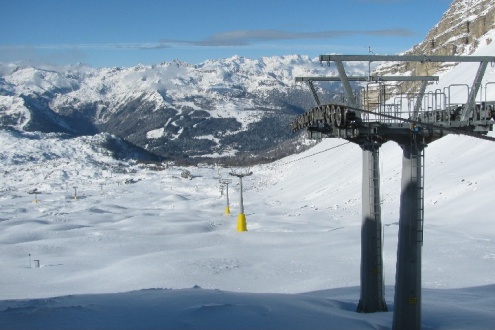 Good early snow cover in Madonna di Campiglio, with much more to come over the next few days – 3 December 2020 – Photo: funiviecampiglio.it

Switzerland remains the only Alpine country currently offering skiing right now. Eight or nine resorts have been open during the week, with this number rising considerably at weekends.

Zermatt (5/50cm), Saas-Fee (5/100cm) and St Moritz (0/45cm) are currently the best options in terms of both variety and extent of open pistes. However, Zermatt will pull away this weekend with the partial opening of its Sunegga and Gornergrat sectors (until now having only offered skiing on the Klein Matterhorn), giving it 62km of pistes available.

Some new snow is forecast across all Swiss resorts over the next few days, heaviest in the far south and south-east (e.g. St Moritz). 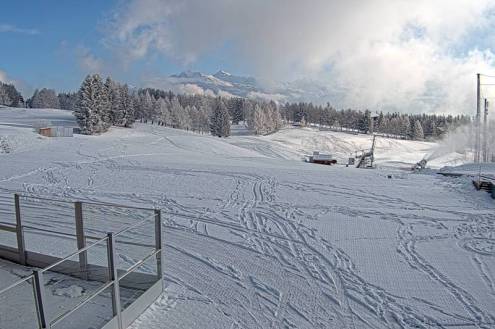 Due to Covid-related restrictions, French and Andorran resorts are unlikely open for skiing in the Pyrenees until the New Year. However, several resorts in Spain (including Baqueira Beret) plan to commence operations on 11 December. Snow is forecast across the Pyrenees over the next few days, which will greatly improve the situation.

Winter has also arrived in Scotland, with around 10cm of fresh snow yesterday and 20-30cm forecast in Glenshee on Friday. More is needed before Scottish ski resorts can think about an early opening though.

A handful of resorts are open in Scandinavia, albeit mostly on a very limited basis. Finland’s Yllas (30cm base) has four runs open on a mixture of natural and artificial snow. 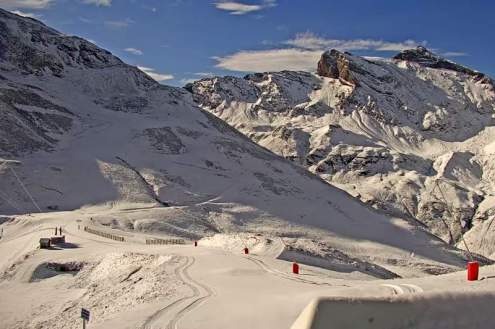 Snow conditions are improving in the Pyrenees, with more forecast over the coming days. This is Piau Engaly – 3 December 2020 – Photo: snow-eye.com

Around 40 US resorts are now open, albeit mostly on a very limited basis. Colorado’s Wolf Creek remains as good as anywhere with an impressive 120/130cm early base and nearly all of its 133 trails open.

Another lesser known resort (to the UK market at least) which is doing well right now is Washington’s Mount Baker (155/185cm) where 31 or 38 trails are now open.

Snow conditions are currently mediocre in Whistler (98cm mid-mountain base), where about 25% of the area is open with only patchy snow cover lower down.

In better shape right now is the Banff/Lake Louise area, where most lifts are open and there is about 40/110cm of settled snow depending on altitude. 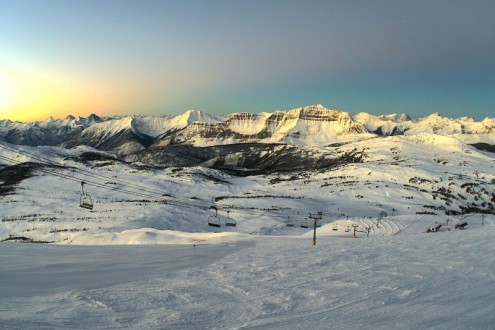