A lot of snow has fallen in parts of the Alps this week, especially in the north and west where 40cm to 80cm has fallen above 1800m in the likes of Val d’Isère, Flaine, Verbier and Lech.

The weather in the Alps is currently very changeable though, and the arrival of much warmer sub-tropical air means that snow quality is taking a turn for worse, especially lower down and across the northern and western Alps.

Some areas have also seen some rain, with more forecast over the next few days, especially in the northern half of the Alps where it could fall as high as 2500m in places on Sunday. It’s not all bad news though - the southern Alps will be less exposed to this mild spell, and much colder Arctic air will return to the Alps with a vengeance by next Tuesday.

Most Austrian resorts have seen fresh snow this week, heaviest in the west where 50cm or so has fallen at altitude in Lech (115/145cm) and St Anton (90/200cm), whose snow depths are now not far off average for January.

The lower resorts of the Tirol and Salzburgland, such as Kitzbühel (15/85cm) and Zell-am-See (40/145cm), have also seen some snow this week, though snow quality has temporarily deteriorated thanks to the influx of much milder and humid subtropical air.

The current warmer spell will last through the weekend, but much colder and snowier weather will return from the north-west by Tuesday. 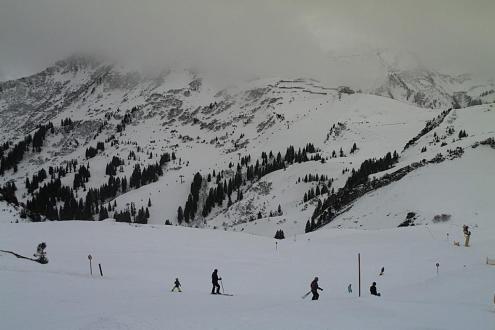 Plenty of snow in the Austrian Vorarlberg, but the weather is mild with the risk of rain at the weekend – 31 January 2020 – Photo: mellau.at

Lots of new snow fell across the French Alps earlier this week, especially in the north where between 50cm and 80cm fell at altitude in parts of the Savoies.

Unfortunately, the weather has now turned much milder and is affecting the quality of the snow, especially lower down. In Megève (40/80cm), for example, while snow cover may be good, the snow is now wet below 2200m or so, which essentially includes most of the ski area.

The weather will remain mild over the weekend with the chance of rain to 2000-2500m before it turns colder and snowier again by Tuesday. 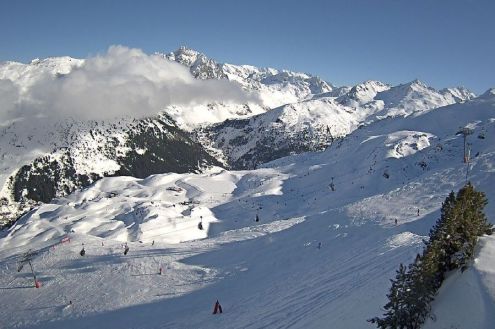 Good looking conditions but mild in Méribel this afternoon, with the chance of rain lower down at the weekend – 31 January 2020 – Photo: merinet.com

Although Italian resorts have generally seen less snow than other Alpine countries from this week’s storms, they are actually going to ride the current mild spell better than resorts further north due to lower humidity.

One area that did catch some significant snow earlier in the week is the far north-west, where resorts such as La Thuile and Cervinia have very impressive base depths of 50/260 and 160/300cm respectively.

Further east there is also plenty of snow in the Dolomites, where Selva is currently posting 50/150cm and Kronplatz has 60/130cm.

Expect mostly dry and mild weather over the next few days, but with more in the way of cloud at times, and a few showers/flurries close to the border areas. 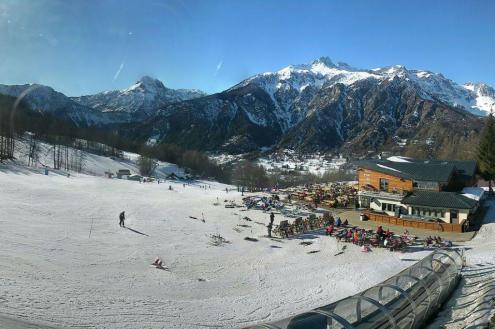 Lots of snow fell across most Swiss resorts earlier this week (typically 30-70cm) which was great news for resorts that had been in need of a good top-up near the northern foothills, such as Adelboden (10/105cm).

The bad news, however, is that the weather has now turned much milder and, with some rain also in the mix, snow conditions have temporarily deteriorated at lower altitudes in the likes of Villars (20/120cm) and Wengen (25/65cm).

The good news is that winter is set to return with a vengeance by Tuesday, when colder and potentially very snowy air will move down form the Arctic. 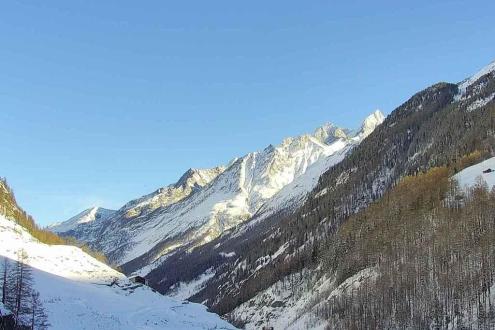 The sun is out in Zermatt this afternoon with some great skiing on offer at altitude – 31 January 2020 – Photo: zermatt.ch

Thanks to last week’s big storms, snow depths are generally impressive in the Pyrenees, especially in the west. The weather has turned milder though, meaning that snow quality is now variable. Spain’s Baqueira Beret currently has 80/180cm of snow depending on altitude, while France’s Les Angles has 120/200cm.

There is lots of good skiing in Scandinavia at the moment, with Norway’s Oppodal (130/170cm) among the front runners.

However, Scotland’s troubled season continues as, once again, it has insufficient snow cover for any serious skiing. 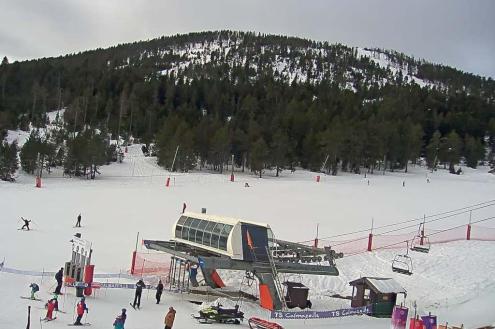 Impressive snow depths in the western Pyrenees thanks to last week’s big storm. This is Formiguères – 31 January 2020 – Photo: formigueres.com

Wyoming’s Jackson Hole has had one of its snowiest ever Januarys and is in superb condition right now with base depths of around 2.5m up top.

Most Colorado resorts are also in good shape, albeit with slightly lower base depths. Vail currently has 148cm mid-mountain while Steamboat has 196cm.

Utah is also doing well, with new snow in Snowbird where there is now 267cm mid-mountain.

The weather is currently very unsettled in Whistler, where a lot of snow is expected at altitude over the next few days. However, with freezing levels that are going to be up and down, rain will also be a nuisance at times lower down. There is currently an impressive 265cm of settled snow mid-mountain here, testament to the large number of storms that have affected the area since the turn of the year.

Significant snow is also falling further inland at Lake Louise (145cm mid-mountain base) where conditions are expected to be superb this weekend. 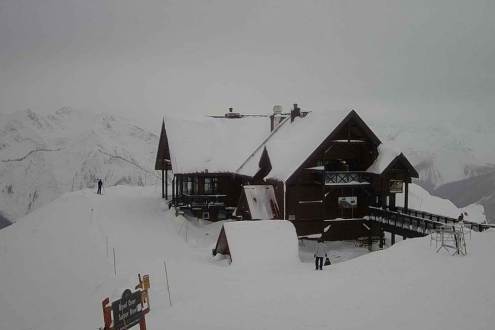 Our next full snow report will be on Thursday 7 Febuary 2020,