Snow conditions in the Alps are generally excellent for mid-December, with a lot more snow expected over the next couple of days, especially in the west.

Most of this week’s snow has fallen in the western Alps, i.e. the French Alps, most of the Swiss Alps (away from the far south), some western Austrian resorts (e.g. Lech, St Anton) and some western Italian resorts (e.g. La Thuile). Snow depths here are almost entirely above average for the time of year and will increase further over the next couple of days.

Less snow has fallen further south and east in recent days/weeks, although snow cover is still generally good. The Dolomites, for example, have not seen any significant fresh snow for several weeks now, but remain in good shape thanks to the succession of storms they experienced in early to mid-November.

The weather is set to turn milder over the weekend and will remain mild for most of next week, which could lead to a slight deterioration of snow conditions at lower altitudes. Broadly speaking, though, the situation in the Alps remains positive as we approach Christmas.

Snow conditions are generally good in Austria, especially in the higher resorts close to the Italian border such as Obergurgl (75/170cm) and Sölden (5/255cm), both of which are now almost fully open.

Further north, new snow has improved conditions even if snow depths are generally still quite modest. Lech (70/80cm) is now in much better shape than it was a week or two ago, and Saalbach (20/45cm) can also offer some excellent on-piste skiing, even if the figures still look at bit low.

Some new snow is likely across Austria in the next couple of days, most of it in the west. 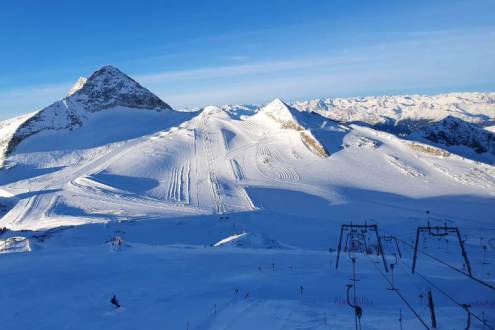 Snow conditions are excellent in the French Alps for mid-December, in both the north and the south. Most of the snow in the southern Alps arrived during the storms a few weeks back, which left the likes of Isola 2000 (130/200cm) and Serre Chevalier (45/190cm) with a great early season base.

Most of the recent snow has been further north, however, which has greatly benefited resorts such as Chamonix (10/140cm) and Flaine (40/105cm).

Lots more snow is due over the next 48 hours, but it will then turn milder again over the weekend, with some rain possible at low levels before the storm moves off late on Saturday. 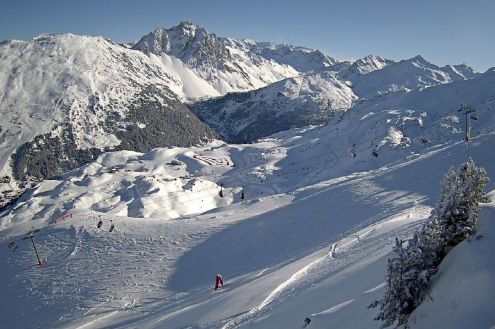 Snow conditions remain impressive across just about all Italian resorts, with more and more ski areas opening all the time. The Superdolomiti area now has 349 of its 449 lifts open, with snow depths of 30/120cm in Alta Badia and 30/130cm in Cortina.

In the central Italian Alps, Livigno (69/126cm) has most of its 78 runs open and is skiing as well as anywhere. Some excellent snow conditions can also be found further west in both the Monte Rosa region (40/300cm) and Bardonecchia (70/170cm).

More snow is due in many Italian resorts over the next few days, heaviest in the west, especially in the upper Aosta area (e.g. Courmayeur, La Thuile). 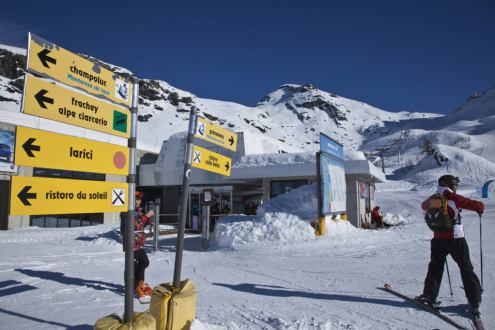 New snow has improved conditions across many Swiss resorts this week, although most were already in fairly decent shape.

The best snow remains at altitude in the central and southern Swiss Alps, where Zermatt has settled snow depths of 35/110cm and Andermatt has 35/320cm.

More snow is forecast tomorrow and Saturday, heaviest in the west. 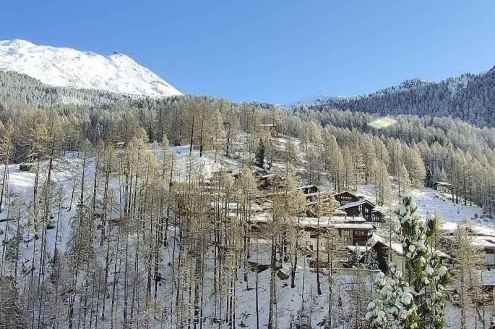 The Pyrenees have seen some snow this week but generally not in huge quantities. Spain’s Baqueira Beret (60/90cm) remains as good anywhere with all of its 104 pistes open. Over in Andorra, snow depths are more modest but there is still some good piste skiing to be found in the likes of Soldeu (15/45cm).

There are plenty of skiing options open in Scandinavia now, with some of the best skiing to be found in Norway’s Hemsedal (110cm upper base) and Sweden’s Åre (50/65cm).

Scotland is looking a bit more wintry again, though at the time of writing there is still insufficient snow for skiing. 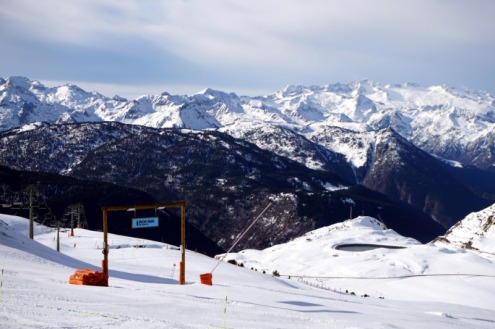 In the western US, California, Utah and southern Colorado resorts are currently doing best with good snow conditions for the time of year in the likes of Mammoth (116/204cm), Park City (86/100cm) and Telluride (81/85cm).

curve but are now improving thanks to fresh snow this week. Vail currently has 85cm of settled snow mid-mountain, while Breckenridge has 74cm.

It is snowing today in Whistler (40cm mid mountain base) which will help improve conditions after a very slow start to the season. The resort has a long way to go before it can get back up to par though, and next week is again forecast to be dry. 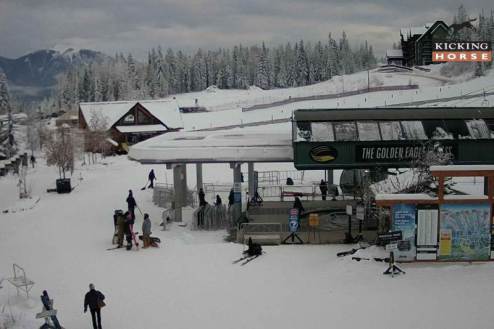 Decent snow cover at the base in Kicking Horse, BC – 12 December 2019 – Photo: kickinghorseresort.com

Our next full snow report will be on Thursday 19 December 2019,