Welcome to our first detailed snow report of the 2020-2021 winter season!

By this point in November, there would usually be many resorts open across the Alps. This year, however, measures taken across Europe to combat the spread of Covid-19 have left Switzerland as the only Alpine country currently able to offer lift-served skiing (to the public at least).

Just a few weeks back, snow conditions in the Alps had been looking extremely promising thanks to a snowier and colder than average October. However, a mostly dry and exceptionally mild end to the month – a pattern which has continued so far in November – has radically changed the situation.

While the glaciers remain in reasonable shape, if a little hard-packed, most of October’s snow has long disappeared lower down. Overall, you would have to climb to at least 2300-2500m to find even patchy natural snow on north-facing slopes, and higher still on south-facing slopes. In short, aside from on the glaciers, any meaningful bases are starting from scratch almost across the board.

There is some good news though, with signs of a major pattern change in the weather coming towards the end of next week, with an increasing chance of significant widespread snow across the Alps.

Until then the weather will remain mostly dry and mild, with the exception of Sunday night and Monday when a weak front will deliver some rain and a sprinkling of snow at altitude in some areas, notably in the northern Alps.

A handful of ski resorts are also open across the pond, including Colorado’s Wolf Creek, which is skiing as well as anywhere right now…

11 Swiss ski resorts are expected to be offering some skiing this weekend, albeit mostly on a limited. These are Zermatt, Saas-Fee, Verbier, Glacier 3000, Crans Montana, Engelberg, Davos-Klosters, Laax, Arosa, Andermatt and the Diavolezza glacier (near St Moritz).

Zermatt (25km of pistes) and Saas-Fee (40km of pistes) currently remain the best bets in terms of both the extent and variety of open terrain.

None of these resorts have seen any fresh snow for a while, so on-piste conditions are expected to be hard-packed and possibly a bit icy in places. Off-piste is not currently advised. 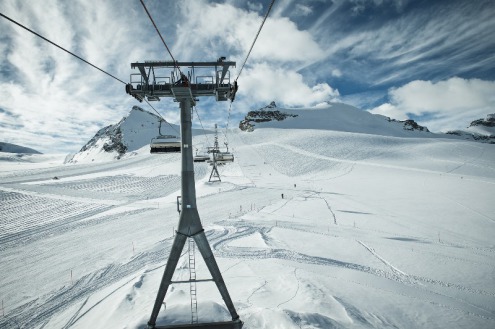 Outside of the Alps, the only other lift-served skiing taking place this weekend will be in Scandinavia where a handful of resorts are open on a very limited basis. Idre Fjäll in Sweden, for example, has just 2km of pistes available, while Finland’s Ruka has 1.5km.

There is currently no snow of any note in either the Pyrenees or Scotland though the forecast looks more promising from the end of next week onwards. 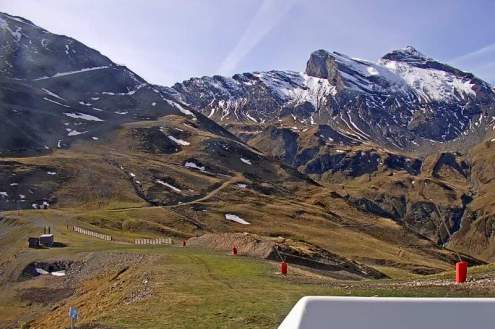 There is little snow in the Pyrenees right now. This is Piau Engaly, historically one of the snowier Pyrenean resorts – 13 November 2020 - Photo: Piau-engaly.com

Half a dozen or so US ski resorts are now at least partially open. By far the best bet right now is Colorado’s Wolf Creek (115/125cm lower/upper base) where around 1m of new snow has fallen in the last few days and 95km of its 100km or so pistes are now open.

Skiing in Canada is currently limited to a handful of resorts in Alberta, with some excellent early skiing to be found in the extensive Banff/Lake Louise area (50cm upper base) where around a third of its runs are open. 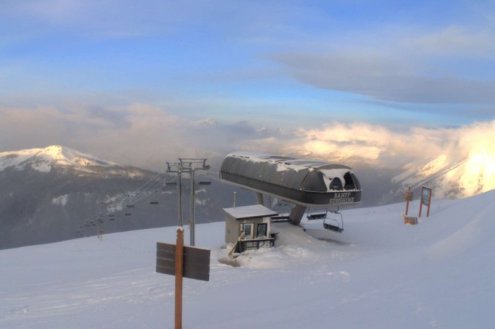