A lot of snow has fallen across many parts of the Alps this week, with upper base depths in some French resorts at close to record levels for early March. It has not been notably cold again though, meaning that snow depths are much more modest lower down.

Generally speaking, the higher resorts of the French Alps are in the most impressive shape right now, and are therefore the obvious targets should you be considering a late season ski holiday. In the Tarentaise, resorts such as Les Arcs and La Plagne have upper bases between 4m and 5m, close to record breaking depths for this time of year.

Great skiing is not confined to France, however, with impressive snow depths at altitude right across Switzerland, Italy and Austria too. The only weaknesses are still some of the lower resorts close to the north-western fringes of the Alps, such as Morzine, Gstaad and Grindelwald. These resorts have all seen new snow this week though, and can still offer some excellent skiing, but are likely to become more vulnerable if any spring-like weather decides to set in.

Across the pond, the Banff-Lake Louise area in Canada is skiing as well as anywhere right now…

The very best snow conditions are still in the higher resorts such as Obertauern (190/230cm) and Ischgl (60/120cm), however, lower resorts such as the Ski Welt (65/100cm) are also offering good skiing, just with slightly more variable snow quality.

More snow is expected in places over the next few days, but freezing levels are set to rise next week. 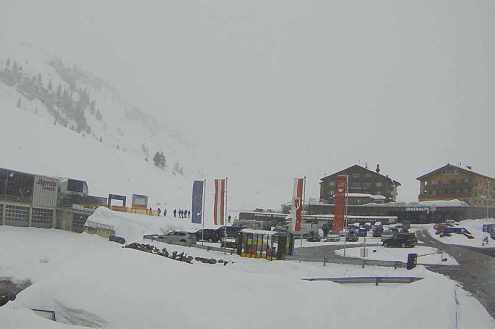 Plenty of snow in the Austrian Arlberg right now. This is Warth – 6 March 2020 – Photo: warth-schrocken.com

All parts of the French Alps have seen significant snow this week, pretty much equally distributed between both the northern Alps and southern Alps. It hasn’t all been plain sailing this week though, as some rain has also fallen at lower altitudes, especially in the northern Alps.

The very best conditions remain at altitude in resorts such as La Plagne (225/490cm) and Les Arcs (320/430cm) where there are some serious quantities of snow above 2000m. Lower down, new snow has also fallen in resorts such as Les Gets (40/200cm) but the snow quality here is more variable.

Most southern French resorts are in excellent shape right now, none more so than Serre Chevalier, which has seen well over 1m of new snow this week and now has snow depths of 100/300cm depending on altitude. 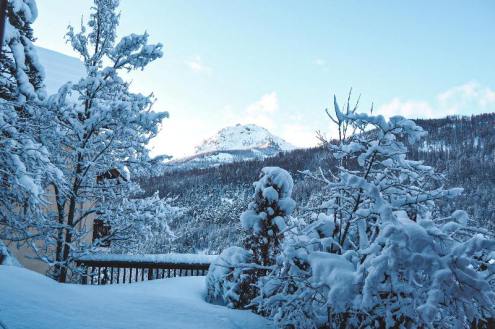 Loads of fresh snow in the French Alps. This is Serre Chevalier – 6 March 2020 – Photo: facebook.com/SerreChevalier

All Italian resorts have seen significant snow this week, meaning that conditions are generally excellent for early March. The very best snow is currently in higher altitude resorts, such as Cervinia (165/250cm) or Livigno (100/170cm).

However, there is also some excellent skiing on offer lower down, both in the west - where Sauze d’Oulx has 45/130cm, and in the east - where Selva has 50/190cm.

Italian resorts will see the best of the weather over the next few days. A few flurries are still possible close to the border areas, especially in the far-north-west on Monday, but the weather is set to turn warmer next week. 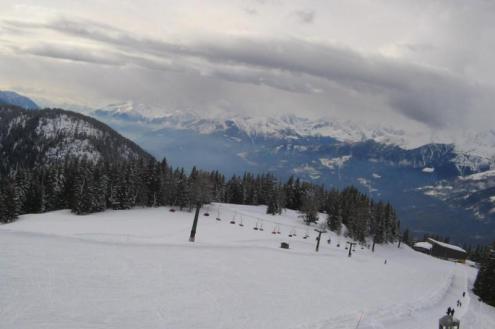 Excellent skiing conditions on offer in the Italian Alps. This is Aprica in Lombardy – 6 March 2020 – Photo: apricaonline.com

Snow conditions are generally excellent across the Swiss Alps, following significant fresh snow this week. In the west, Verbier (95/415cm) has seen over 1m of new snow at altitude over the last few days, though it did briefly rain on Thursday lower down.

In the south-eastern Swiss Alps, St Moritz (75/155cm) is also in great shape thanks to heavy snow earlier in the week.

Only some lower resorts close to the northern fringes of the Swiss Alps are still below par in terms of base depths. Wengen, for example, only has 10/80cm depending on altitude, but does have fresh snow and some great skiing on offer, with more snow forecast over the next few days. 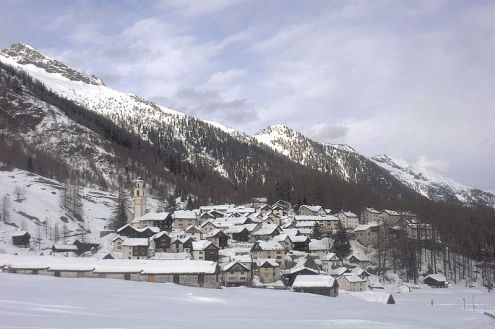 It’s currently snowing heavily across the Pyrenees, which means that conditions will be vastly improved in most resorts, especially the higher ones. France’s Cauterets currently has base depths of 70/140cm, while Andorra’s Soldeu has 50/140cm.

Scotland continues to impress after further major snowfalls this week, these again heaviest in the west where Glencoe now has an upper base of 270cm.

Scandinavian resorts are also in generally great shape, with an impressive 115/150cm in Norway’s Hemsedal and 90/115cm in Finland’s Levi - both above average for the time of year. 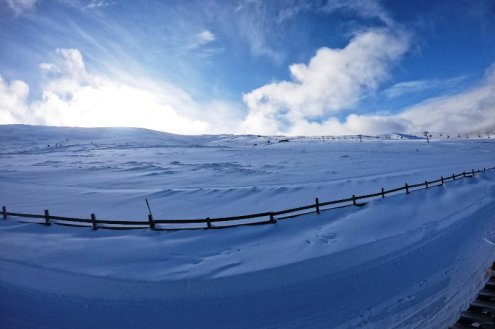 Most western US resorts have not seen any significant new snow in recent days but there is still lots of good skiing on offer.

In Colorado, all pistes are open and in good shape in Breckenridge (196cm upper base), and it’s a similar story in Wyoming’s Jackson Hole, where the upper base is 246cm deep.

If it’s new snow you are after, California is the place to be, with around 30cm in the last few days in Squaw (205cm upper base), and more forecast for this weekend.

Snow conditions are good in Whistler (252cm mid-mountain base), following significant snowfall on Thursday. Further flurries and cold temperatures are forecast over the weekend.

If anything, conditions are even better further inland, with over 50cm of new snow in recent days in Lake Louise (195cm upper base), and several more centimetres likely over the weekend. 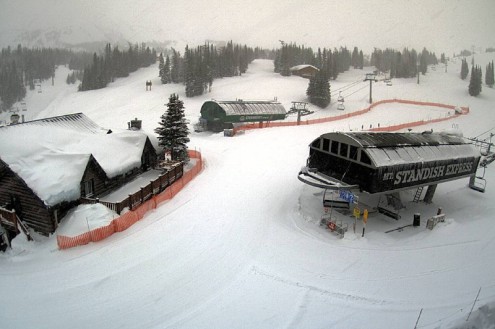 Our next full snow report will be on Thursday 12 March 2020,