The weather in the Alps will remain rather unsettled over the next few days with a major new storm set to arrive on Sunday night, again mostly affecting the northern Alps. This storm will be more significant than originally anticipated and has the potential to deliver another 50cm or more of snow to parts of Switzerland and Austria by the end of Monday.

Even before this storm arrives, a weak front will deliver a few centimetres of snow to the northern Alps on Friday night. Between then and the arrival of the storm on Sunday night, there will be some sunshine to enjoy on Saturday and, for a time, on Sunday.

Saturday will be mostly dry in the Austrian Alps, and increasingly sunny after some patchy early cloud in the north. Freezing levels will sit between 1000m and 1500m.

Sunday will again be mostly dry with plenty of sunshine to start with, especially in the south. Cloud will thicken from the north later in the day, with snow (800m but lowering) reaching the northern Alps by evening and spreading to most other areas overnight. The heaviest snow will fall in the western Tirol and Vorarlberg region (e.g Lech), where they may see falls of 30cm by Monday morning. The further south you are, the less snow will fall, with Carinthia only seeing a dusting.

Monday will be cold and windy with further snow to low levels, mostly across the northern half of the Austrian Alps, and dying out from the west later. Another 10-25cm is expected across the provinces of Vorarlberg, Tirol and Salzburgland, however, snowfall will be lighter and patchier in the south (i.e. Carinthia, Osttirol). 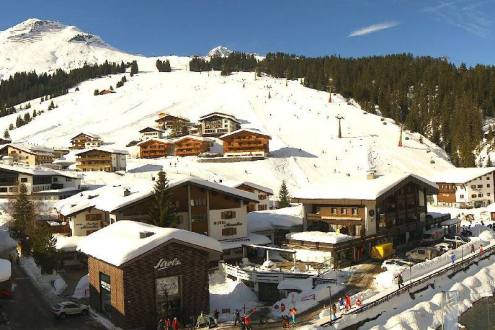 Saturday will be mostly sunny across the French Alps, with freezing levels between 1500m and 2000m.

Sunday will start sunny across the French Alps, and remain sunny all day in the southern French Alps. Cloud will thicken later in the day further north, where they will also see some overnight snow. The rain/snow limit will sit around 1000-1200m in the foothills, but lie closer to 600-800m in the more internal valleys (e.g. Bourg St Maurice). Snowfall totals will be close to 10cm above 1200m in the northern French Alps (e.g. Courchevel, Avoriaz).

On Monday, the northern Alps will see early flurries (800m-1000m), though these will quickly clear to leave a mostly dry day with some sunny spells. It will remain entirely sunny in the southern Alps, however. 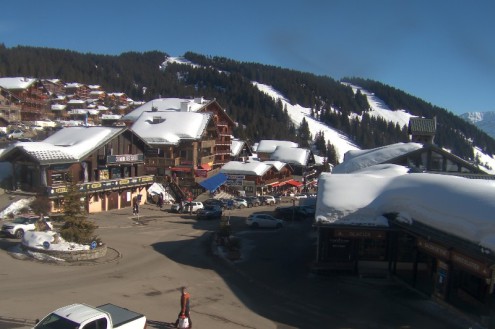 Saturday will be mostly sunny in the Italian Alps, with freezing levels between 1500m and 2000m.

Sunday will also be mostly sunny, but some areas will then see flurries (1000-1200m) overnight, mostly close to the northern border areas where 10-15cm is possible in resorts such as Cervinia and Livigno.

Monday will see some early flurries close to some of the border areas, especially those with Switzerland and Austria, but these will tend to give way to drier weather with sunny spells. The far south-west (e.g. Limone) will be sunny all day. 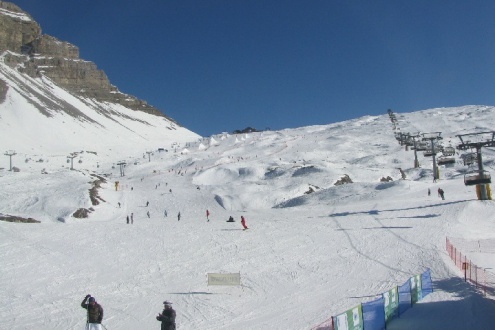 Saturday will be mostly sunny in the Swiss Alps, with any early cloud dispersing from close to the northern foothills. Freezing levels will sit between 1500m and 2000m.

Sunday will start sunny (and remain bright all day in the south) but cloud will thicken from the north later bringing some overnight snow to most regions, heaviest in the northern Alps (e.g. Mürren, Engelberg, Braunwald) with a rain/snow limit between 700m and 1200m, falling later.

Monday will start cloudy in the northern Alps, with flurries lingering for a while in the central and north-eastern Swiss Alps (e.g. Engelberg, Laax, Klosters). It will quickly brighten up further west, and some southern parts of the Swiss Alps will be bright or sunny from the word go. The rain/snow limit will range from about 800-1000m in the west to 500m in the east. 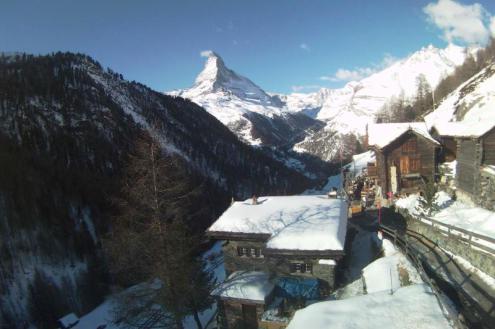 Tuesday, Wednesday and Thursday should be mostly sunny and relatively mild right across the Alps.