Snow conditions in the Alps are quite mixed this half-term with an increasing difference between high and low areas.

There is still generally lots of snow, and lots of good skiing at altitude. However, the relentlessly mild weather (so far this is the mildest winter on record for many parts of the Alps), combined with recent rain, does mean that snow cover is less consistent lower down and snow quality more variable.

Indeed, in many parts of the Alps there is no natural snow at all below about 1200m, which is highly unusual for the middle of February.

Across the pond snow cover is generally very healthy in both western Canada and the western U.S…

Snow conditions are generally pretty good across the Austrian resorts, especially at altitude and in the west, where the likes of St Anton (110/320cm) and Lech (110/185cm) have grabbed most of the recent snow.

Lower down there is also some good skiing on offer in resorts such as Saalbach (40/140cm) and Zell-am-See (45/140cm), but with more variable snow quality and patchier natural snow cover at resort level.

After a mostly fine and mild weekend, heavy snowfall is likely in many places later next week. 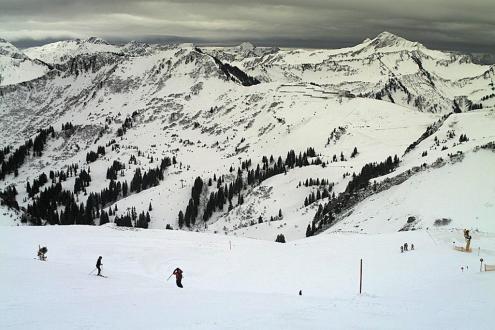 Plenty of snow in the Austrian Vorarlberg. This is Mellau – 21 February 2020 – Photo: mellau.com

Snow conditions are generally excellent at high altitude in the French resorts, but much more variable lower down. Val d’Isère (207/255cm) and Les Arcs (90/330cm) are still skiing superbly across most of their areas, with just a few icy patches below 2200m or so.

By contrast, resorts such as Morzine (10/150cm) and La Clusaz (10/160cm), where most of the skiing is below 2200m, have far more variable snow quality with little (if any) natural snow at valley level.

The weather will remain mostly fine and very mild over the weekend, but significant snow is likely later next week. 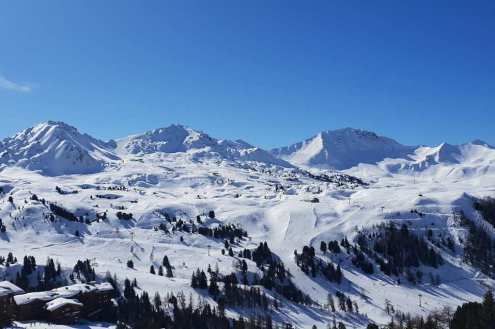 There is still lots of good skiing on offer in the Italian Alps even if most areas have not seen any significant snowfall for some time. One exception is the far north-west, where resorts such as La Thuile (40/250cm) and Cervinia (120/265cm) are still in excellent shape at most levels.

Further east, the Dolomites are also offering some very good piste skiing, although some of the lower areas exposed to the sun are now devoid of natural snow. Madonna di Campiglio now has base depths of 60/140cm, while Arabba has 60/285cm.

The fine weather is expected to continue for a few more days before it turns more unsettled and potentially snowy later next week. 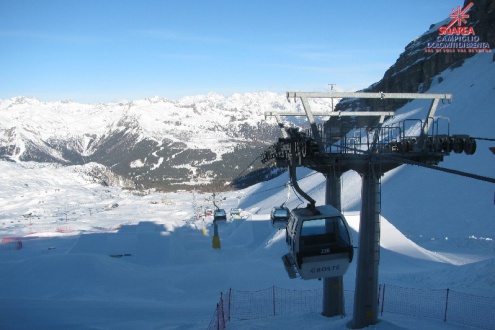 There is plenty of good skiing on offer across the Swiss resorts, with the most consistent snow cover and quality in high altitude resorts such as Zermatt (50/220cm) and Andermatt (45/450cm).

Lower down, the mild weather has left some resorts with patchier cover, though there is still some perfectly good skiing on offer in the likes of Morgins (10/140cm) and Wengen (5/75cm).

After a mostly fine weekend the weather will turn more unsettled next week, with the prospect of some significant and widespread snow. 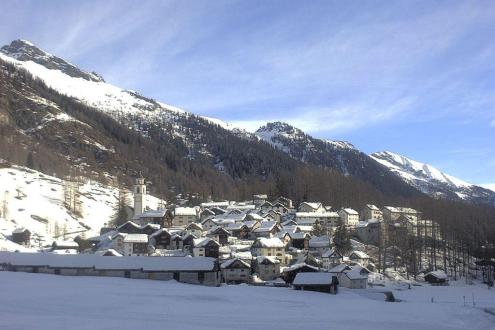 Many low resorts in the Pyrenees are struggling with a lack of snow. Higher up there is still some decent piste skiing in Andorra’s Soldeu (45/130cm) and Spain’s Baqueira Beret (60/160cm), but more snow would be welcome.

Scotland, by contrast, has masses of snow (by its standards) right now, with 105/140cm in Glencoe, where conditions are likely to be superb once the wind eases – although this could be some time!

There is also lots of snow in Scandinavia, where Norway’s Hemsedal (90/130cm) and Finland’s Levi (95/115cm) are both offering excellent conditions. 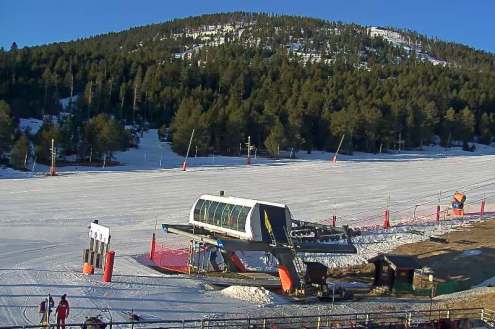 Snow cover is becoming a little thin in many parts of the Pyrenees. This is Formiguères – 21 February 2020 – Photo: formigueres.fr

Snow depths are generally impressive across the western US resorts even if there hasn’t been much new snow since we last reported.

Colorado’s Breckenridge currently has 201cm of snow on its upper slopes, while Wyoming’s Jackson Hole has 280cm.

Further west, there is also some fabulous skiing on offer in Utah, where Snowbird has 323cm packed down on its upper mountain.

Whistler (238cm mid-mountain) hasn’t seen much snow in the last week but is still offering plenty of good skiing, with flurries expected to return over the next couple of days. 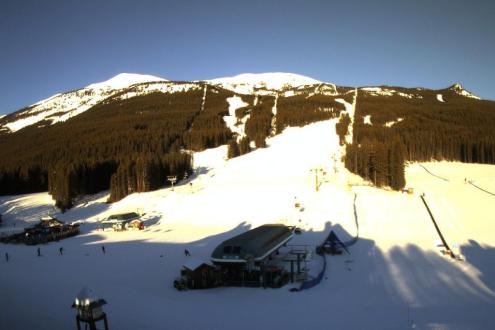 Our next full snow report will be on Thursday 27 February 2020,