It has been a remarkable couple of weeks in the Alps, with a seemingly endless procession of storms moving in off the north Atlantic. It is still snowing today in the western Alps, where 1m to 2m of fresh snow has fallen quite widely in the last week alone.

Today’s storm will bring another 25-50cm of snow to much of the French Alps (away from the far south) and western Switzerland. The rain/snow limit started very low this morning which brought problems to valley towns (such as Albertville), but it will slowly rise to around 700m as the day progresses.

The snow will then move further east later, reaching the western Austrian Alps this evening but losing intensity as it does so. The southern Alps will be much less affected by this storm, with only some border areas in north-western Italy (e.g. La Thuile) seeing any significant dumps.

Over the weekend, high pressure will attempt to reassert its influence over the weather in the Alps, with increasing sunshine for the central, southern and western Alps. The fly in the ointment is a very weak warm front that will introduce more in the way of cloud, and a few showers/flurries (highly uncertain rain/snow limit), to the north-eastern fringes of the Alps, mostly in the northern foothills of the Swiss and Austrian Alps.

Next week, it should be mostly fine right across the Alps, the main irritant being valley fog/stratus trapped under temperature inversions. At altitude, however, you can expect lots of sunshine and relatively mild temperatures…

Saturday will cloudy across the northern and western Austrian Alps with some further snow showers to low altitudes. The southern Austrian Alps (Osttirol, Carinthia) will be mostly dry with sunny spells.

Sunday will be mostly dry, though a weak front may just graze the northern Austrian Alps later in the day with the chance of the odd shower or flurry. The rain/snow limit will remain low in the enclosed valleys but could rise towards 1500m on exposed slopes close to the northern foothills. There will be more sunshine the further south you are.

Monday will be mostly dry in the southern and western Austrian Alps, but the north and east (e.g. Salzburgland, Upper Austria) may see some showers, with a variable rain/snow limit between 700m and 1200m. 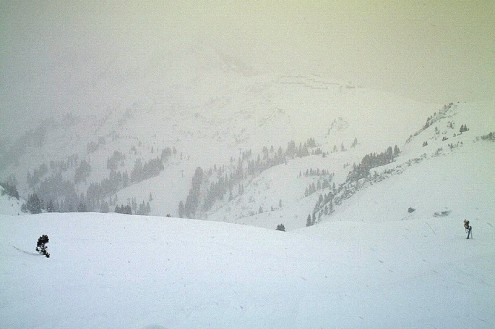 Light snow this afternoon in the Austrian Vorarlberg. This is Mellau – 10 December 2021 – Photo: mellau.at

Saturday will start mostly cloudy in the northern French Alps with a few flakes of snow in the wind, however, some sunny spells will appear here and there as the day progresses. Sunny spells will be more prevalent in the southern French Alps (south of Grenoble), with the far south (e.g. Isola 2000) staying sunny all day. Wherever you are though it will still feel cold, with freezing levels remaining below 1000m.

Sunday will be much milder, with afternoon freezing levels reaching 2500m or more. It will also be mostly sunny, with just a few high clouds here and there. 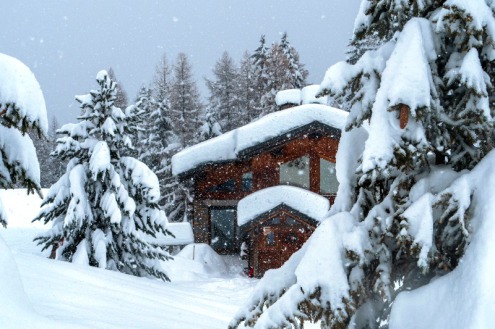 Huge amounts of new snow in La Plagne, where it continues to come down today – 10 December 2021 – Photo: facebook.com/LaPlagne

Saturday will be mostly dry in the Italian Alps, with some cloud, especially close to the high border areas where the odd flurry cannot be ruled out. The further south you are, the higher the chance of it staying mostly sunny. It will be cold though, with freezing levels remaining well below 1000m.

Sunday will be dry and sunny, and a little milder. 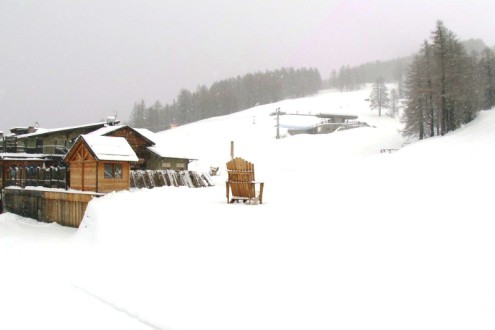 Saturday will remain mostly cloudy across the northern Swiss Alps with some further snow flurries to low levels at times, these tending to die away from the west later. Further south, it will be drier, with some good sunny spells likely in the far south of Switzerland.

Sunday will be mostly dry, but a weak front may bring the odd shower or flurry to the north-eastern fringes of the Alps later. The rain/snow limit may reach 1800m on some mountains exposed to the north but will remain much lower in enclosed valleys. That said, most places will be dry with the best of any sunshine the further south you are.

Monday will see some clouds hanging on to the north-eastern Alps, otherwise most regions will see some good sunny spells and it will generally feel milder, with freezing levels rising to 2500m or so. 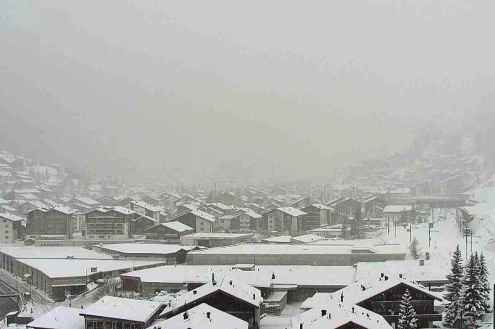 High pressure is set to dominate the weather in the Alps next week, with some nuisance-value low cloud/fog in places, but plenty of sunshine at altitude.