While we fully appreciate that skiing in the Alps is off-limits for most people right now, lift-served skiing is still possible in Austria and Switzerland (albeit mostly for locals) and cross-country skiing/ski touring is possible right across the Alps.

We are also happy to be receiving many positive messages from our readers who are still interested in weather and snow conditions in the Alps even if skiing is impossible for them right now!

A lot of snow has fallen across the northern Alps this week, with the areas that have seen the most snow being the north-eastern Swiss and far western Austrian Alps, roughly in a line from Andermatt (central Swiss Alps) to St Anton (western Swiss Alps) taking in the likes of Flims, Klosters and the Montafon valley. These areas have seen around 1.5m of new snow since Tuesday, with as much as 2m reported at altitude in one or two favoured spots.

More generally there has been between 30cm and 90cm of new snow across the northern half of the Alps.

Some snow has got through to the southern Alps this week (including both Cervinia and Livigno, for example) but, on the whole, southern regions have seen little or no snow over the last few days.

It’s important to caveat that last sentence given that some resorts close to the north-western foothills of the northern Alps, notably those in the Portes du Soleil (e.g. Les Gets), were already doing very well before this week.

Whatever the case, there are now few if any “weak spots” remaining in the Alps, with solid if not excellent snow cover now across the board.

A lot of snow has fallen across the northern and western Austrian Alps this week with at least 1.5m of fresh at altitude in St Anton (150/200cm). Further east, but still in the northern half of the Austrian Alps, Kitzbühel (65/85cm) and Saalbach (50/90cm) have also seen significant snow, albeit not in quite such eye-catching quantities.

The far southern Austrian Alps have missed out on most of the snow on this occasion, but resorts such as Nassfeld (200-350cm) still have very deep bases due to the record-breaking storms in December.

The next significant snowfall in Austria is expected to be on Sunday but again chiefly in the north and west. 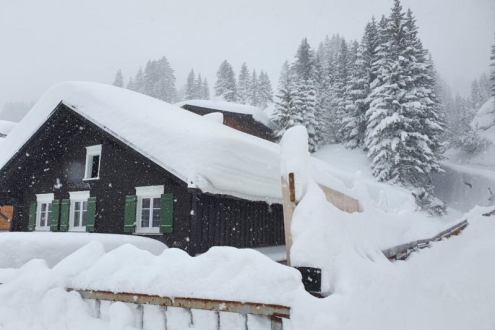 Had no restrictions been in place, snow conditions would have been excellent right now across the board. The southern French Alps (e.g. Serre Chevalier, Risoul, Isola 2000) have had above average snow depths all season and would be offering excellent skiing, despite having missed the heaviest snow from the latest storm cycle.

The situation in the northern Alps has been more variable. Most of the big Tarentaise resorts (e.g. Les Arcs, La Plagne, 3 Valleys) have until recently had relatively thin snow cover. However, heavy snowfall this week has pushed snow depths back to closer to normal for January. By contrast, the lower resorts closer to the foothills of the Alps such as Morzine, Megève, and La Clusaz have had impressive snow depths all season, which have also been added to by the major snowfalls this week.

Note that the lesser mentioned low resorts of the Massif Central, the Jura and the Vosges all have exceptional depths right snow, a cruel irony in the wake of a very difficult few years for these relatively unknown (to UK skiers, at least) areas. 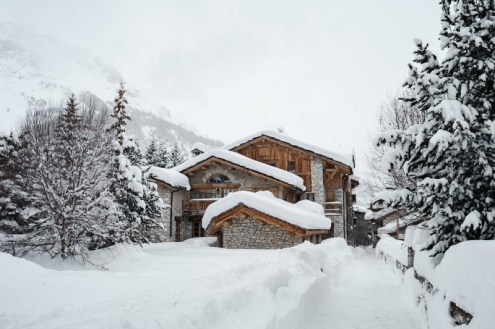 In general, Italian resorts have seen less snow than their northern Alpine counterparts this week though there have been exceptions. Livigno and Courmayeur, for example, have both seen significant top-ups.

The deepest snow remains in the Dolomites, where resorts such as Cortina and Arabba probably now have settled snow depths of more than 3m. 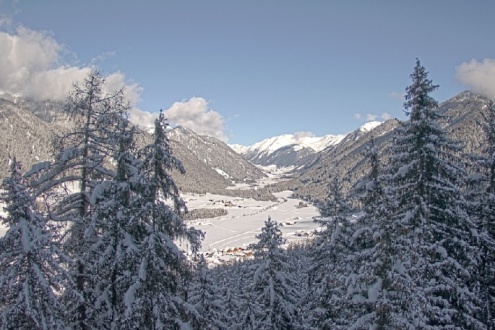 There has been better weather in the southern Alps than further north in recent days. This is Val Casies in the Dolomites – 15 January 2021 – Photo: kronplatz.com

Snow conditions in Switzerland are now excellent across the board. Many Swiss resorts, especially those in the north such as Villars (35/100cm), Wengen (50/110cm) and Klosters (110/190cm) had until recently had considerably below average snow depths (though were still offering perfectly good piste skiing). However, with the last few days’ heavy snowfall, these areas are much improved and also have more snow due on Sunday.

Indeed, almost all Swiss resorts have seen at least a moderate snowfall this week, including in the far east, where St Moritz (75/160cm) has had above average snow depths for much of the season. 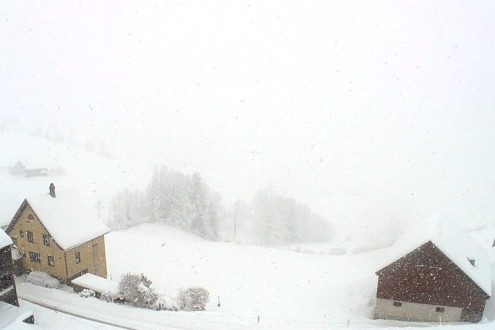 There have been three days of continuous snow in the north-eastern Swiss Alps. This is Appenzell – 15 January 2021 – Photo:appenzell.ch

There is a decent of snow in the Pyrenees right now, though lift-served publicly accessible skiing is limited to the Spanish side, where Baqueira Beret has a healthy 90/110cm of settled snow depending on altitude.

None of the Scottish ski areas are currently open due to Covid-19 related measures. Had these restrictions not been in place, skiing conditions would have been pretty good, with top to bottom snow cover in all five areas, albeit still a little thin in places lower down. 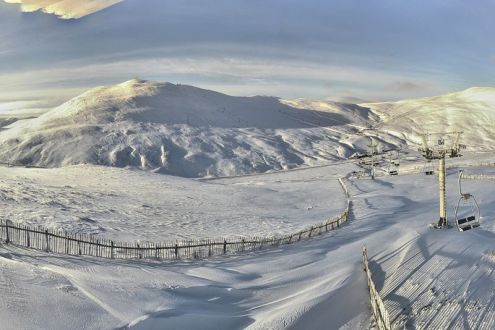 Good snow cover in Glenshee, though it remains closed due to Covid-19 restrictions for now – 15 January 2021 – Photo: ski-glenshee.co.uk

In recent weeks, most of the snow has fallen in the Pacific north-west, where Mt Baker now has very impressive, settled snow depths of 335/375cm depending on altitude.

Conditions have been less impressive of late further south in the western US, but new snow has improved conditions in Jackson Hole (45/165cm).

Whistler (237cm upper base) has seen plenty of snow recently, with around 75cm in the last week alone, meaning that snow conditions across the ski area are very good right now. 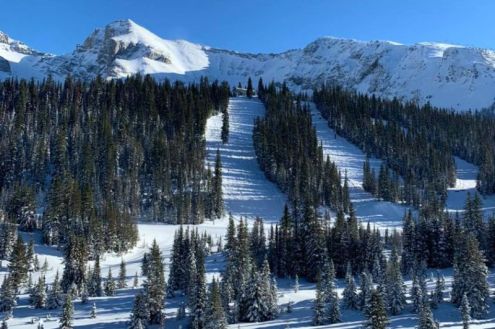