The weather in the Alps remains very unsettled. Today’s storm has delivered significant quantities of snow to some southern and western parts of the Alps (e.g. Montgenèvre, Sestriere Cervinia, Livigno, St Moritz), however Saturday will be a bit quieter.

A new and very active storm will then arrive from the west on Saturday night and Sunday, with some serious quantities of new snow expected for the western Alps, especially the higher resorts of the northern French Alps (e.g. Val d’Isère, Tignes, Val Thorens). Some snow is also expected in the eastern Alps over the next few days but generally in more modest quantities.

More snow is also expected in some areas early next week, before the weather gradually settles down later in the week, with the prospect of a fine and sunny start to the busy new year period. Watch this space!

Saturday will be mostly cloudy in the Austrian Alps, with some showers or longer periods of rain/snow (1000-1300m), quickly dying out in the west but lingering for most of the day in the east.

Sunday will see a new storm reach the Austrian Alps, bringing showers or longer spells of rain/snow moving from east to west, heaviest later in the day. Snowfall totals will be relatively modest though, typically around 5-20cm but perhaps a little higher in the far west. The rain/snow limit will sit between 900m and 1300m.

Saturday will be mostly dry in the French Alps, with a mixture of cloud and some sunny spells. A new storm will arrive overnight bringing snow above 1200m.

Sunday will be a wild day with heavy rain/snow in most areas, possibly only with the far south (e.g. Isola 2000) escaping with a mostly dry day. The northern French Alps (e.g. Val d’Isère, Val Thorens, Chamonix, Flaine) will see 50-90cm at altitude by Monday morning, with a rain/snow limit somewhere between 1000m and 1200m. 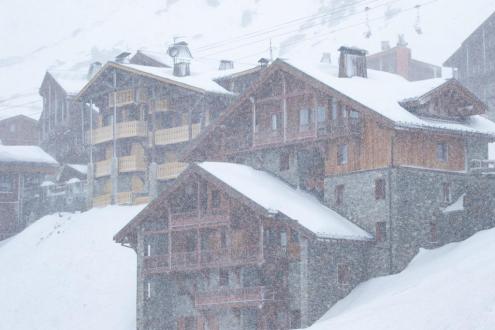 Saturday will be mostly dry in the western Italian Alps, but further east (e.g. Dolomites) there will still be some showers with snow above 1000-1400m.

Sunday will see new storms arrive in the central and western Italian Alps, with the heaviest precipitation (snow 900-1300m) in the north-western Italian Alps (e.g. La Thuile, Courmayeur), where 30-50cm of new snow is possible. The far south (e.g Prato Nevoso) and the far east (Dolomites) may stay mostly dry though. 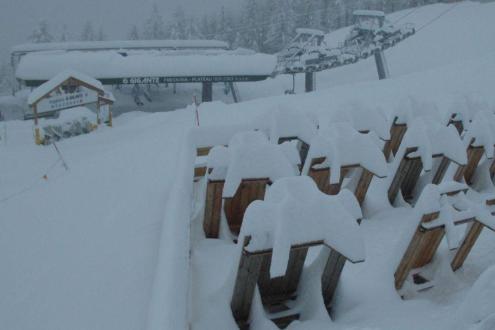 Saturday will see some early showers (snow 1200-1500m) in the eastern Swiss Alps, gradually dying away as the day goes on. Further west it will be mostly dry, before a new storm arrives later on Saturday evening.

Sunday will be stormy with lots of rain/snow (1000-1200m), heaviest in the west (e.g. Portes du Soleil, Villars, Verbier, Val d’Anniviers) where we could see 30-60m of new snow above 1800m. Precipiation will be a bit more sporadic further east.

Next week will start unsettled with further showers, mostly in the northern Alps (snow 700-1300m). Later in the week, high pressure will move in from the west, bringing with it the prospect of a fine start to the busy new year week.

Our next detailed weather & snow forecast will be on Tuesday 24 December 2019, but see Today in the Alps for daily updates