So far this November it has been the southern Alps that have seen the lion’s share of the snow, however, over the last couple of days some new snow has also fallen further north, especially at altitude. The balance is still a long way from being redressed though, so the still the southern Alps that offer the best snow conditions in the Alps, and by some margin.

So, despite mild temperatures this week, there is an excellent early season base in the southern Alps, including:

Further north, with one or two exceptions (notably Val d’Isère/Tignes), snow cover has been more patchy so far this November. The good news is that it is now snowing again above 1500m or so in many areas today, and will continue to snow a bit lower tomorrow, although this still means there will also be rain lower down.

The best conditions are to be found in the higher resorts of the central and southern Austrian Alps, where Obergurgl (close to the Italian border) has 95/200cm of settled snow depending on altitude and is skiing as well as anywhere right now. Hintertux, in the central Austrian Alps, is another good option with plenty of non-glacial terrain now open and skiing possible down to the valley. Snow depths here are 175cm up top.

Further north the situation is more complicated. The Arlberg region (St Anton, Lech etc), for instance, will open some runs tomorrow but has very little natural snow lower down. That said, conditions are set to improve with new snow falling here today and tomorrow, at first only higher up but gradually lowering towards 1000m on Friday.

As for other northern Austrian ski resorts, despite having lost most of their snow due to Foehn winds last weekend, certain resorts have still found a way to open with artificial back-up. Saalbach (no depths published), for example, will open a number of runs tomorrow and might even see a few centimetres of new snow too. 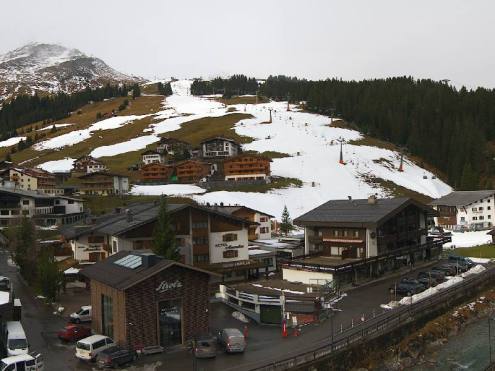 Very little natural snow in Lech right now but there is some in the forecast for later today and tomorrow – 28 November 2019 – Photo: lech.com

New snow is improving conditions at altitude across most of the French Alps, however, there has also been some rain lower down. Avoriaz (40/75cm), for example, has fresh snow and will open some unscheduled skiing this weekend, while much of Morzine’s local terrain is still green (not unusual at this time of year) as it has been raining below 1500m.

For the best snow conditions, you still need to aim higher. Val Thorens (55/85cm) has been open daily since last weekend and is improving all the time thanks to plenty of new snow this week.

L’Espace Killy will also open on Saturday, allowing Tignes (which has already been open for some weeks) to join neighbouring Val d’Isère in offering the greatest extent of skiing available in France at this stage. Snow depths in the area are around 50/160cm depending on altitude. 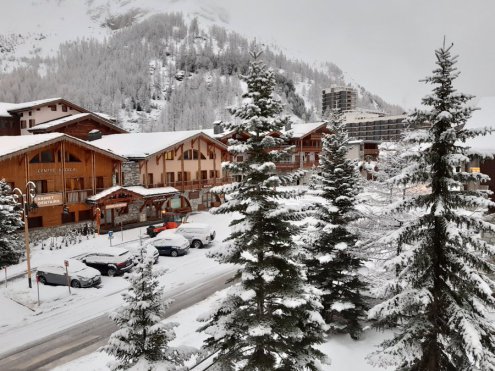 Lots of snow in Val d’Isère, which opens on Saturday – 28 November 2019 – Photo: radiovaldisere.com

Italian ski resorts have had an excellent start to the season and remain the best bet for an early season ski break, for now at least. Italy will miss most of the snow from the current storm, but more is forecast on Sunday, especially in the western Italian Alps.

In terms of the extent and variety of terrain on offer, Cervinia (75/290cm) is still as good as anywhere in the Alps right now, with most of its area open and skiing possible both to the main village, and all the way down to Valtournenche.

In the south-western Italian Alps, Bardonecchia is also doing well and will open for the first time this weekend with around 1m of settled snow at altitude.

More and more is also opening up further east, including the Alta Badia part of the Dolomites this weekend. 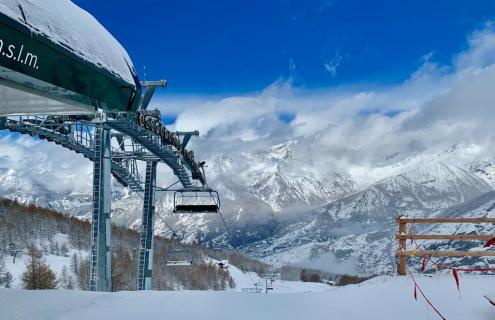 Looking good in Bardonecchia ahead of its opening this weekend – 28 November 2019 – Photo: facebook.com/Bardonnechiaski

The southern Swiss resorts still offer the best snow conditions in Switzerland, even if it is snowing again further north, at least at altitude. Weather-permitting, Zermatt (20/100cm) is as good as anywhere, especially as Cervinia (to which its ski area is linked) is now nearly all open. On the Swiss side you can now ski back as far as Furi.

Nearby Saas-Fee (85/150cm) is another good option, with at least half its ski area now open. A little bit further north, Andermatt (40/350cm) will open again this weekend and has the highest upper snow depts of any resort in the Alps.

Further north still, the situation is a bit more complicated thanks to the Foehn having ravaged the snow-pack last weekend. This won’t stop Wengen offering some limited skiing this weekend on the Kleine Scheidegg area, but more snow is still needed. The good news is that some is forecast for the northern Swiss Alps today and tomorrow, especially at altitude. 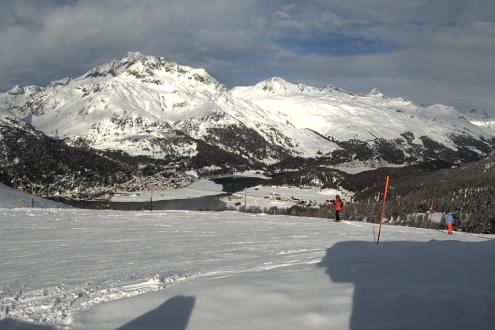 The Pyrenees had plenty of early snow this year, although milder temperatures have meant that it has become patchy again lower down. Spain’s Baqueira Beret (70/90cm) is probably the best bet in the Pyrenees with 35 slopes now open. Skiing is also possible in Andorra, where Pas de La Casa has 25/40cm depending on altitude.

A number of Scandinavian ski resorts are also partially open, including Norway’s Hemsedal which has 13 open runs and 85cm of settled snow up top.

There is currently insufficient snow for skiing in Scotland. 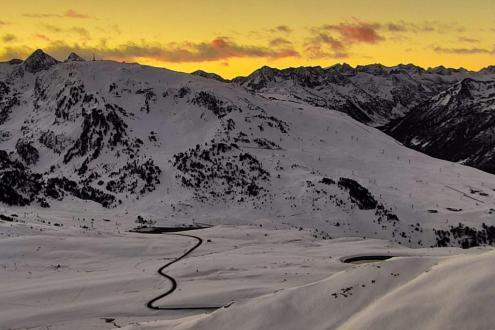 Many western US resorts have seen some significant snowfall this week, after a relative drought in recent weeks.

In California, Mammoth has seen about 80cm from the new storm, with settled snow depths now approaching 1m up top. Colorado has also seen snow, with 30cm so far in Telluride where base depths are 65/70cm depending on altitude.

Further north, Breckenridge has more skiing open (around 20 trails) with 10cm of new snow and an upper base of 60cm.

Whistler is due to open today although snow depths are very modest, with just 15cm up top.

For much better conditions you will need to head further inland, where Lake Louise can offer 73 trails on an upper base of 81cm. 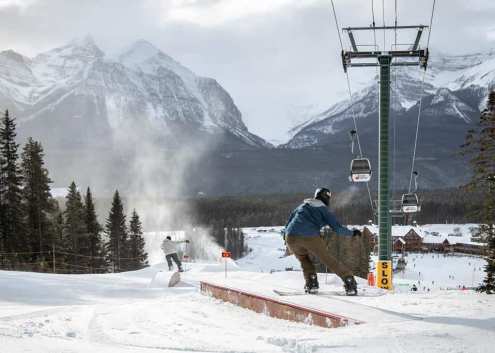 Our next full snow report will be on Tuesday 3 December 2019,