The weather in the Alps remains unsettled, with further storms set to rattle in off the Atlantic over the next few days. Most parts of the Alps can expect significant snowfall at some stage during the coming week, including the southern Alps (especially on Monday), which had previously largely missed out.

The weather situation is so dynamic that precise details are hard to pin down at this stage, however, any cold spells this week will again be transient.

Indeed, there have not been any serious or lengthy spells of cold in the Alps all winter, which looks like being the mildest on record for many, if not most, parts of the Alps.

Sunday will be mostly cloudy in the Austrian Alps, with showers or longer spells of rain/snow intensifying in the south-eastern Alps (Carinthia) later. In the western Alps, by contrast, it should turn drier and brighter as the day goes on. The rain/snow limit should be situated somewhere between 900m and 1200m.

Monday will start dry for many with sunny spells. However, a few flurries (1000m) may still linger in the far south, with more widespread snow developing here in the evening and on Monday night, when it will also spread to other parts of the Austrian Alps (snow 900-1300m).

Tuesday will be mostly cloudy with frequent flurries (600-1000m), heaviest in the Tirol, Osttirol and Carinthia, but tending to die out later.

Sunday may see a few early sunny breaks in the French Alps, but cloud will tend to increase, with showers or longer spells of rain/snow late in the day and into the first part of the night. The rain/snow limit will start at around 1400m but will drop towards 1000m later.

Monday may start dry in places, but rain/snow will quickly develop across the southern Alps, spreading to other areas as the day goes on. The rain/snow limit will start at around 1200-1500m but will drop to under 1000m later.

Tuesday may start mostly cloudy with a few flurries to low levels across the northern French Alps, however, it should become progressively brighter everywhere as the day progresses.

Sunday will see lots of cloud across most Italian resorts, with a few flurries (1200m) in the central and eastern Alps (e.g. Dolomites). The western Italian Alps will be brighter for a time, though flurries are also expected here late in the day.

Monday will again be mostly cloudy with snow showers from time to time, heaviest in the east (e.g. Dolomites) later in the day. The rain/snow limit will be between 700m and 1300m.

Tuesday will be colder with sunny spells. Most places will be dry, but a few flurries may affect some north-western parts of the Italian Alps early in the day. 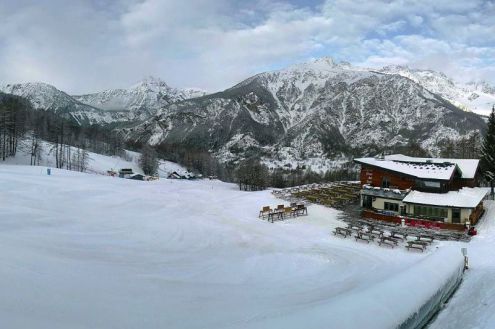 On Sunday, most of the Swiss Alps will start dry with sunny spells although a few early flurries are possible in places. Later in the day, cloud will thicken again with a new wave of showers crossing the country from west to east, with snow above 1300m, lowering to 900m later. The far southern Swiss Alps may stay mostly dry.

Monday will start dry in many places, but further precipitation will reach the south-west in the morning spreading to all regions as the day goes on. The rain/snow limit will start at around 1000-1400m, lowering later.

Tuesday will see some early flurries to 400-600m, although these will gradually die away, leaving lmost areas with a bright but chilly day. 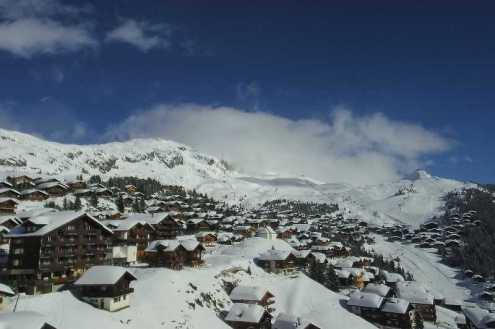 The sun is out in the Aletsch Arena this morning, but further snow showers are expected here this evening – 1 March 2020 – Photo: bettmeralp.ch

The weather will remain rather unsettled in the Alps for the rest of the week, with some snowfall here and there, but also some spells of drier and finer weather.

Our next detailed weather & snow forecast will be on Tuesday 3 March 2020, but see Today in the Alps for daily updates