Snow conditions in the Alps are highly variable right now. This is mainly down to the lack of any significant snowfall over the past three weeks, but also due to the heavy volume of skiers which has made for some very hard and icy pistes, especially lower down.

The recent lengthy spell of cold weather – which is just coming to an end now – has further compounded the situation by preventing any significant softening of snow, except for on lower south-facing pistes. So, while this has been great for those who hate slush, it hasn’t been good for those who hate ice and hard pistes and who tend to prefer the softer snow that you would normally associate with this time of year.

In short, it is only the high, sheltered, north-facing slopes that have been able to offer consistently good on-piste snow quality in recent days. It has also been possible to find some good off-piste opportunities, with the help of a good local guide, though these have been largely confined to the higher resort of the northern Alps.

It will turn a little warmer over the next few days, especially in the northern Alps (e.g. Portes du Soleil, Jungfrau region, Engelberg, Arlberg, Salzburgland) where the Foehn will be blowing. This will enhance the freeze-thaw cycle but will also rapidly melt any lower-lying snow. Further south and east (e.g Dolomites) it will be colder with more consistent snow conditions, despite snow cover being thinner than further north, but it will also be quite windy at times.

Across the pond, the resorts of western Canada are generally in better shape than those in the western US…

Snow cover is generally adequate across the Austrian Alps, with depths generally close to or slightly below normal for early to mid-March. Snow quality is highly variable though, the recent cold weather having led to hard and icy pistes lower down with only the higher north-facing slopes offering any sort of consistently good skiing.

No significant new snow is forecast for Austria any time soon, though a southerly wind does mean that the Foehn will be blowing across the northern half of the Austrian Alps over the next few days. This will increase temperatures in the likes of Lech (130/270cm) and Kitzbühel (30/115cm) where the freeze-thaw cycle will become more pronounced.

It is likely to remain mostly sunny across the Austrian Alps this weekend, and into the first part of next week. 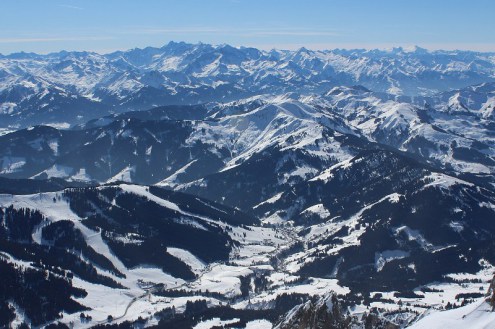 Snow conditions in many French resorts have been quite hard and icy over the last couple of weeks with only the high north-facing slopes offering consistently grippy snow.

Over the next few days, milder weather will make the free-thaw cycle more noticeable, but it will also accelerate the thaw lower down, which is not ideal for the southern French resorts such as Auron (5/85cm) and Montgenèvre (25/50cm) where the snowpack is already perilously thin.

Snow cover is healthier further north, though it still pays to have a bit of altitude, with the very best snow conditions over the next few days expected to be in higher resorts such as Tignes (130/200cm) and La Plagne (100/195cm). Watch out for some nuisance value cloud though over the weekend and early next week, especially in the southern Alps. 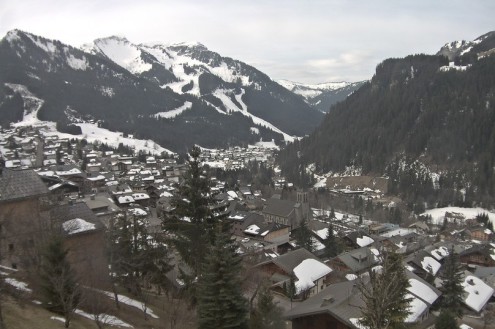 Snow depths are considerably below average across all Italian resorts, especially in the Piedmont where there is just 25/50cm in the Milky Way (Sauze d’Oulx, Sestriere) and 30/60cm in Bardonecchia.

Further east, depths are a little healthier with 65/95cm in Livigno and 35/80cm in Madonna di Campiglio, for example, but cold weather this week has led to hard and icy pistes in places.

It will turn a little warmer over the next few days which will soften the snow more in the afternoons. There will also be a little fresh snow in the far south-west (e.g. Bardonecchia), albeit not enough to make any significant difference, and Easter could prove problematic for the lower Italian resorts. 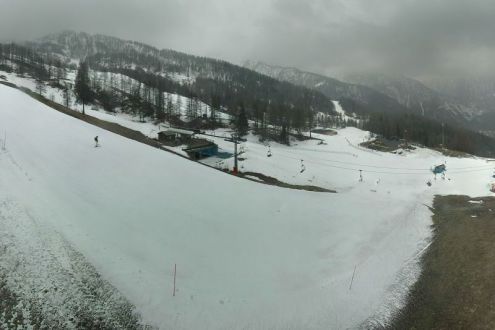 Snow conditions are quite variable across the Swiss Alps at present. Coverage is still good on-piste at least, but a lack of fresh snow in recent weeks compounded by the recent cold weather has led to some hard and icy conditions, especially lower down.

It is warming up a little now which will kick-start the freeze-thaw process. The daytime softening of the snow will be especially noticeable on the northern side of the Alps, where the Foehn will be blowing over the next few days in resorts such as Wengen (20/95cm) and Engelberg (10/295cm).

For the very best snow conditions you need to head to the higher resorts of the southern and eastern Swiss Alps such as Saas-Fee (55/200cm) and St Moritz (50/100cm). 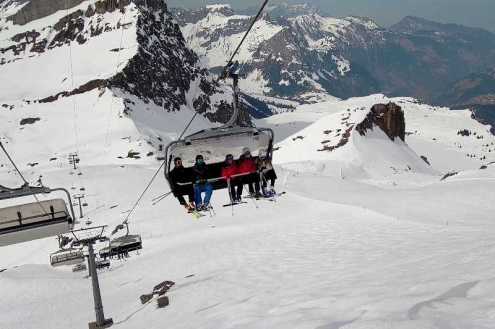 There is still plenty of snow in the higher resorts of the Pyrenees, though it has now turned a little warmer which will accelerate the thaw lower down. Some snow is expected at altitude over the next few days in both Andorra’s Soldeu (70/120cm) and Spain’s Baqueira Beret (135/235cm), though the snow may be a bit on the wet side close to resort level.

Scottish ski resorts have some snow, though conditions have deteriorated somewhat in recent days, especially in the east where the Lecht is now only left with a small beginner’s area. Scotland’s best snow is currently in Glencoe (150cm upper base) but check the weather and ticket status before setting out for any of the Scottish areas, as both are highly unpredictable! 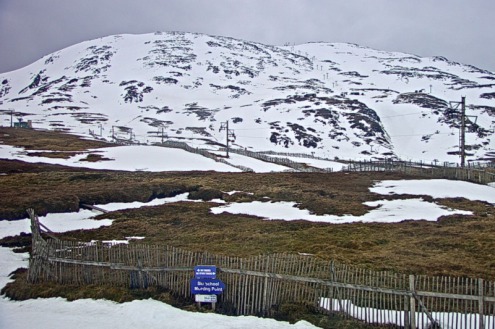 Plenty of snow (by Scottish standards) on the upper half of Glencoe – 11 March 2022 – Photo: winterhighland.info

Snow depths in the resorts of the western US remain generally a bit below par though there is still plenty of good skiing to be found.

Colorado’s Breckenridge has an upper base of 160cm, while Wyoming’s Jackson Hole has 215cm. Both resorts are expecting a little new snow later in the weekend then again towards the middle of next week.

Whistler has seen very little snow since we last reported but that’s about to change, with significant falls expected over the next few days which will add to its already impressive 250cm upper mountain snow base.

Further east, Lake Louise (238cm upper base) is in excellent condition and also has snow in the forecast for this weekend.