The Alps are currently under the influence of a powerful south/south-westerly airflow which is bringing dry, but warm and windy conditions (Foehn) to the northern side of the Alps, but some precipitation (snow 1500-1900m) to the southern side of the Alps, especially in the central-western Italian Alps and the far south of Switzerland (between the Simplon pass and the Italian lakes).

There will be little change to this weather pattern over the next couple of days, though the Foehn will weaken tomorrow before strengthening again later in the week.

Showers (snow 1500-1900m) will also continue over the next couple of days across parts of the central and western Italian Alps (e.g. Alagna, Madesimo), the far south of Switzerland (e.g. Bosco Gurin) and possibly also some border areas of the southern French Alps (e.g. Queyras).

Friday will see some heavier and more widespread precipitation across the southern and western Alps, with the rain/snow limit lowering towards 1000-1200m in places.

Wednesday will be mostly dry in the Austrian Alps, with sunny spells and very mild temperatures, especially where the Foehn is still blowing in some central/northern valleys. Expect more in the way of cloud close to the Italian border.

Thursday will be very similar to Wednesday with most places mild, bright and dry. However, there is an increased chance of the odd shower (snow 1800m) in the far south (Carinthia) later.

Friday will start and remain dry in many central and eastern parts of the Austrian Alps. However, cloud will thicken in the south and west later, with some showers possible (snow 1700m then 1400m), especially on the border between Tirol and Italy/Switzerland. 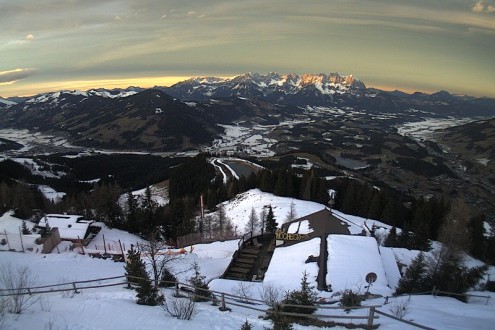 Classic Foehny skies over Kitzbühel this evening, where it has been dry but very mild so far this week – 17 December 2019 – Photo: kitzbuehel.com

Wednesday will see a mixture of cloud and sunny spells in the French Alps. Cloud cover will be thickest in the south and close to the Italian border where the odd shower is also possible (snow 1800m). However, most places will be dry and very mild with some sunny spells. The Foehn/Lombarde will still be blowing in the northern Alps, but not as strongly as on Tuesday.

Thursday will again be mostly dry with some sunny spells, though there will be more cloud in the south and/or close to the Italian border where the odd shower (snow 1800m) cannot be ruled out.

Friday will see a new storm arrive from the west bringing some precipitation to the whole of the French Alps over the course of the day. The heaviest snow will fall in the southern French Alps (roughly south of Grenoble) with a rain/snow limit starting at around 1700-1900m but falling to 1000-1300m later. 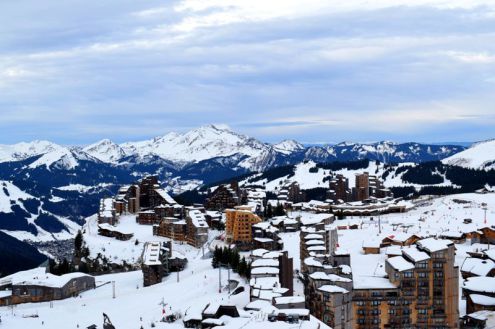 Wednesday will be mostly cloudy in the Italian Alps, with some showers (snow 1500-1800m), especially in the central and western Italian Alps (e.g. Alagna, Madesimo). The best of any sunshine and the driest weather will be in the far east (Dolomites).

Wednesday will be mostly dry with some good sunny spells in the central and northern Swiss Alps, where the Foehn will still be blowing although lighter than on Tuesday. It will be cloudier in the far south though, with some precipitation (snow 1900m) especially close the Italian border and to the east of Zermatt.

Thursday should start dry with sunny spells, however, some showers (snow 1700-1900m) are likely in the far south (Ticino) perhaps becoming a bit more widespread later.

Friday may start dry in the eastern Swiss Alps, but a new storm will bring precipitation to all regions during the day, heaviest in the south and west. The rain/snow limit will start at around 1800m but will drop to 1000-1200m later. 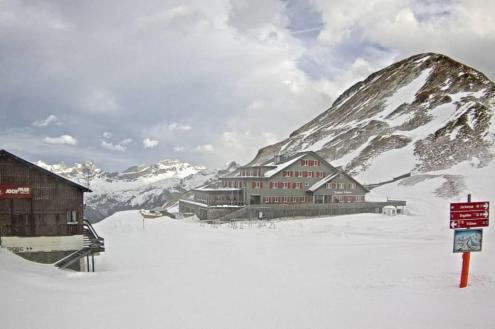 Saturday should see something of a lull in the weather in the Alps, before a new storm arrives on Sunday. This will deliver significant snow to some areas, especially in the northern French and western Swiss Alps.

Our next detailed snow forecast will be on Friday 20 December 2019, but see Today in the Alps for daily updates