It has now been some time since there has been any significant really widespread snow in the Alps, although conditions generally remain pretty good, especially on-piste. The snow is often quite thin or patchy at very low altitude, however, which may cause problems in a few weeks’ time unless there is a significant change to the (mostly) mild weather pattern that has now lasted several weeks.

Some snow is forecast for the Alps over the next days, patchy over the weekend but more significant early next week. However, any return to winter will be very transitory and high pressure is expected to dominate again from the middle of next week into the first part of February.

It is a very different story in the Pyrenees (especially in the east), which have seen 1.5m or more of fresh snow falling in places over the last couple of days.

Across the pond, Whistler continues to be the place to be, with lots of fresh snow this week and yet more in the forecast…

Snow conditions remain pretty good across most of the Austrian Alps even if snow depths are modest at very low altitude in the north, not helped by the warm Foehn wind over the last couple of days. Zell-am-See (30/120cm), for example, can still offer lots of good piste skiing despite limited natural snow cover at resort level.

For more complete natural cover, you need to aim higher and further south, where the likes of Obertauern (140/180cm) and Obergurgl (65/140cm) are skiing as well as anywhere in Austrian right now.

Except for the odd shower/flurry over the weekend, it will stay mostly dry in the Austrian Alps until Tuesday when some more widespread precipitation (and some snow at altitude) is expected for a time across the north and west. 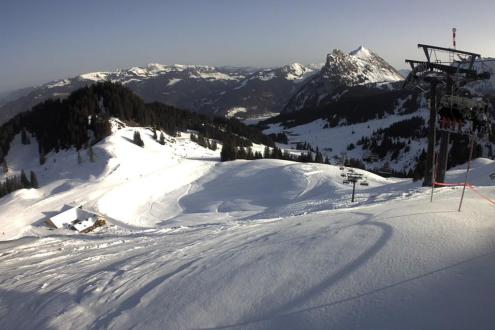 Plenty of enjoyable skiing on offer in the Austrian Vorarlberg even if snow depths at low altitude remain relatively modest. This is Mellau – 24 January 2020 – Photo: mellau.at

Snow conditions are still generally good across the French Alps, especially at altitude where the likes of Val Thorens (167/217cm) and Les Arcs (135/215cm) have been offering excellent skiing all season.

The one obvious weakness is the lower altitude areas in the far northern Alps, such as La Clusaz (15/155cm) and Morzine (5/140cm), where snow cover remains thin or patchy at resort level although conditions are still fine higher up.

A few showers or flurries are possible here and there over the weekend, especially in the southern Alps. Some more significant snow is then forecast for the northern French Alps early next week before high pressure reasserts its influence mid-week. 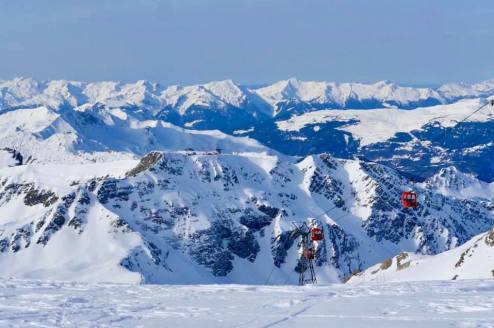 In the east, Arabba has about 60cm of settled snow lower down and nearly 3m up on the Marmolada glacier. While, in the west, La Thuile has an impressive base of 50cm at village level and 240cm up top.

A few isolated flurries are possible in the western Italian Alps over the weekend before some more significant snow arrives (again mostly in the west) early next week. Fine weather will then return by Wednesday. 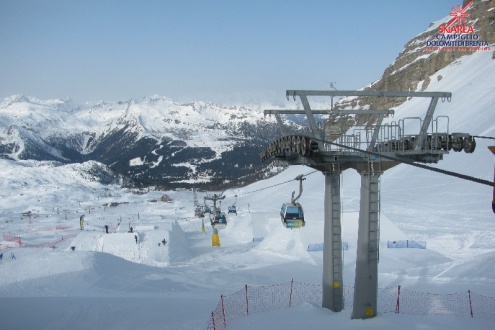 There is still lots of good skiing to be had across the Swiss Alps even if more snow would be welcome at very low altitudes across some northern resorts. Adelboden, for example, has just 10cm of packed snow on its lower slopes, but 85cm higher up.

Further south, and at higher altitude, Verbier has a healthier 45/185cm while Andermatt has 35/370cm.

The next significant snow is forecast late on Monday, then again on Tuesday, heaviest in the western Swiss Alps. This unsettled spell will not last long though, and the sun should be back mid-week. 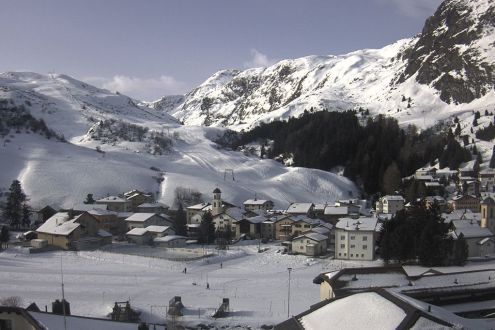 Good piste skiing in eastern Switzerland but more snow would be welcome. This is Bivio – 24 January 2020 – Photo: bivio.ch

The big story outside the Alps is the Pyrenees, where a huge amount of snow has fallen in the east in particular, with over 1.5m in the last couple of days in the likes of Les Angles, where base depths are now a very impressive 120/250cm depending on altitude.

There has also been significant fresh snow in Andorra, where the skiing is much improved in the Grand Valira (80/170cm) after what had been a relatively modest start to its season.

Scandinavia is also offering plenty of good skiing at the moment, with a healthy 110cm mid mountain base depth in Norway’s Hemsedal, where light snow is forecast later in the weekend and into next week. Sweden’s Sälen is also in decent shape, albeit with a more modest mid-mountain base of 68cm, with snow also forecast here early next week.

Scotland is continuing to struggle, with only patchy snow cover and no serious lift-served skiing on offer. The forecast is more promising though, with some significant snow possible over the next 10 days. Watch this space! 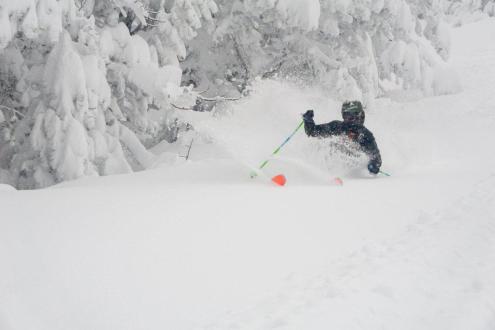 Most western US resorts are in good condition, with none more so than Wyoming’s Jackson Hole (208cm upper snow base) which has fresh snow and more in the forecast over the next few days.

Conditions are also good in Colorado’s Vail, where 17cm of snow has fallen in the last 24 hours and the mid-mountain base is now 147cm deep.

The snow just keeps on coming down in Whistler, with over a metre of fresh in the last week and lots more in the forecast. Not surprisingly, conditions are currently superb both on and off-piste, with the mid-mountain base now at 247cm.

There is also lots of good skiing to be had further inland, even if recent snowfalls have been much more modest. Lake Louise currently has 125cm packed down mid-mountain. 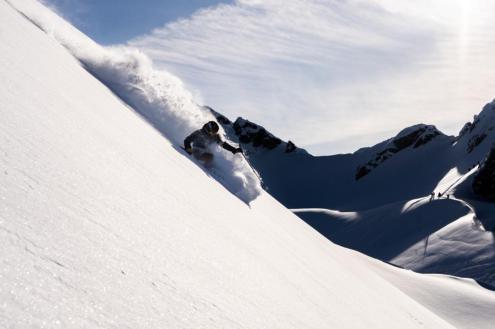 Fabulous snow conditions in Whistler right now, both on and off piste – 24 January 2020 – Photo: facebook.com/WhistlerBlackcomb

Our next full snow report will be on Thursday 30 January 2020,