The weather in the Alps remains unsettled, with further storms set to arrive from the west over the weekend and throughout next week!

The north-western Alps will see the most of the weekend’s snow, with 30-60cm quite likely above 1500m by Monday in areas such as the Tarentaise, the Grand Massif, the Chamonix, the Portes du Soleil, Verbier, Villars and the Jungfrau region. The rain/snow limit will be quite variable, so some rain can be expected lower down at times (e.g. on Saturday morning in Morzine) but with much colder air digging in on Sunday, any snow will again be falling to very low levels.

After a quieter interlude late on Monday and on Tuesday, the next Atlantic storm is then set to reach the Alps on Wednesday. The trajectory of this storm remains uncertain at this stage, but it may well be the south-western Alps that are most favoured this time around…

Saturday will see a band of rain/snow move across Austria from west to east, though some parts of the south (Carinthia) will stay mostly dry. The rain/snow limit will start low, especially in some enclosed valleys, but will raise towards 1000m later, possibly as high as 1300m in some exposed north-western parts of the Austrian Alps (e.g. Vorarlberg).

On Sunday, it will turn much colder, with mostly cloudy skies and generally light flurries to low levels here and there.

Temperatures will remain cold on Monday, with snow flurries confined to the northern parts of the Austrian Alps, with fewer flurries the further south you are, and plenty of sunshine expected in the Osttirol and Carinthia. 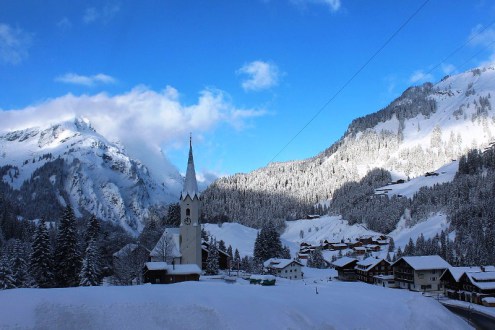 Fine weather today in Schröcken in the Austrian Vorarlberg, but snow is expected to return over the weekend – Photo: warth-schroecken.at, 3 December 2021

Saturday will be mostly cloudy, with rain/snow across the northern two-thirds of the French Alps and only the far south staying dry. The rain/snow limit will rise to 1500m or more across some areas exposed to the north and west (e.g. Portes du Soleil), but will remain a bit lower in the more enclosed valleys (e.g. Haute-Tarentaise) before lowering everywhere again overnight.

Sunday will be much colder, with snow showers to 400-600m across the northern half of the Alps. The southern French Alps (roughly south of Grenoble) will see fewer flurries, with lots of sunshine in the far south.

By Monday most regions will be dry with sunny spells, though a few flurries are still possible to low levels across some northern parts of the French Alps. 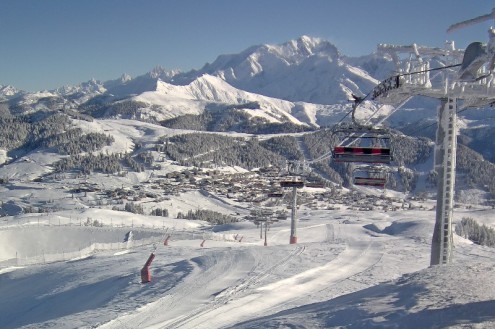 On Saturday a band of patchy rain/snow will move east across the Italian Alps, reaching the Dolomites late in the day, although the far south-west (e.g. Prato Nevoso) may stay mostly dry. The rain/snow limit will be very variable, potentially at 1200-1400m in some more exposed parts of the west, but lower in enclosed valleys and the eastern Italian Alps.

Sunday will be colder with a few flurries to low levels close to some border areas, especially in Aosta. For most of the Italian Alps it will be dry though, if rather cold, with variable cloud cover and some sunny spells.

Monday will be cold, and mostly dry and sunny, with just a few clouds (and the odd flake of snow) in some high border areas. 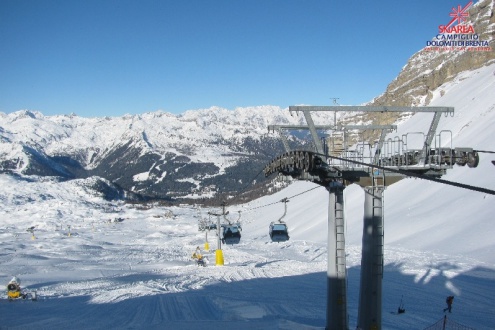 Saturday will be mostly cloudy in the Swiss Alps, with spells of rain/snow across many regions, especially in the north and west (e.g. Jungfrau region, Verbier). The south, especially Ticino, will see less precipitation. The rain/snow limit will start low, and remain quite low in some enclosed valleys, but will rise to between 1000m and 1300m in some exposed parts of the north and west (e.g. Engelberg, Jungfrau region, Portes du Soleil).

It will turn much colder on Sunday, with snow showers to very low levels across many parts of the Alps. However, the far south will be drier again with the possibility of some sunny spells.

By Monday, flurries will be more confined to the northern Alps (e.g. Jungfrau region, Engelberg) where snow will continue to fall to low levels. 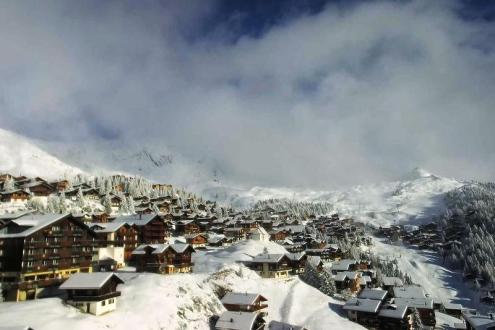 Clouds breaking today over the Aletsch Arena, where moderate to heavy snowfalls are expected this weekend - Photo: bettmeralp.ch, 3 December 2021

After a mostly fine if rather chilly day across the Alps on Tuesday, yet another storm will move in from the west on Wednesday, with the potential for further significant snow, especially in the western and southern Alps.