A major storm cycle has brought huge quantities of snow to many northern and north-eastern parts of this Alps this week, with the heaviest snowfalls in the central Swiss Alps (roughly from the Jungfrau region eastwards) and the Austrian Alps excluding the southern Austrian provinces of Carinthia and Osttirol.

These regions have generally seen 50-80cm of fresh snow above 1200m this week, with 120cm or more in a few favoured spots such as the Glarus Alps in eastern Switzerland and the Vorarlberg in western Austria.

Resorts that have seen a lot of snow in the last few days include Engelberg, Andermatt, Laax, Braunwald, Klosters, Lech, St Anton, Ischgl, Innsbruck (Nordkette), Hintertux and Kaprun. But there are many more besides.

The far western Swiss Alps (e.g. Villars), the northern French Alps (e.g. Les Arcs, Flaine, Avoriaz), and parts of Italy close to the northern border (e.g. Cervinia, Livigno) have also seen some snow but in more modest quantities, typically around 10-30cm. For most of the southern Alps, however, there has again been very little if any snow this week with some south-western parts (e.g. Isola 2000) not having seen any meaningful snow for about seven weeks!

This means that the discrepancy in snow depths between the northern and the southern Alps is becoming increasingly stark. Snow depths are now above average across the northern half of the Alps from about central Switzerland eastwards, including most of Austria (i.e. away from the southern provinces of Carinthia and Osttirol).

Snow depths are reasonable, but still generally below average, across the west of Switzerland and the northern French Alps (e.g. Wengen, Verbier, Chamonix, 3 Valleys), but below average across the entire southern Alps, with an extremely thin snowpack in the south-west (e.g. Milky Way, Pila, Risoul, Isola 2000).

Across the pond, the Banff-Lake Louise area continues to offer some of the best conditions in the western US…

Most Austrian resorts are in great shape right snow with masses of snow having fallen over the past few days. It did turn quite mild yesterday though, meaning that the snow is a little sticky in places lower down.

In the far west, Lech did particularly well from this latest storm, now having settled snow depths of 155/255cm depending on altitude. Further east, Kaprun also saw a lot of snow, especially at altitude, and now boasts base depths of 40/240cm. 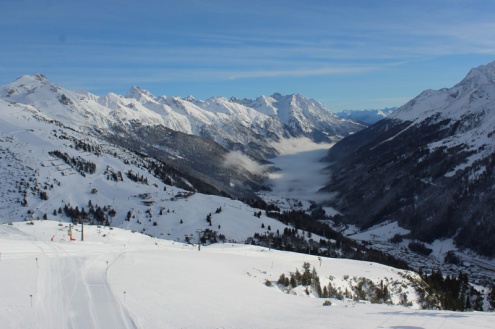 Over the last few days, the northern French Alps (roughly north of Grenoble) have seen 10-25cm of new snow, which has helped to freshen up the pistes. However, with temperatures turning mild again, snow quality will be variable lower down. Val d’Isère now has settled snow depths of 103/127cm while lower-lying Les Gets still has a very reasonable 55/140cm.

Snow cover quickly thins the further south you go though, with just 20/40cm in Montgenèvre and an (optimistic) 55/70cm of mostly artificial snow in Isola 2000. On-piste skiing conditions are fine for now in these more southerly resorts, but there is currently no off-piste to speak of. 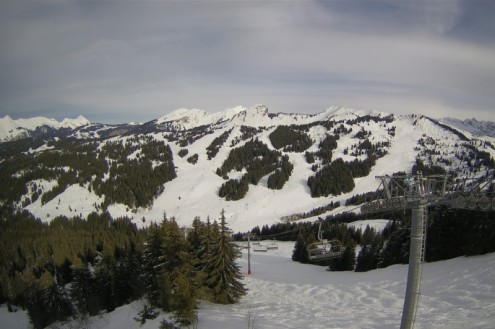 French resorts missed the heaviest of this week’s snow, but snow cover remains good in Les Gets – 3 February 2022 – Photo: lesgets.com

Some Italian resorts close to the northern border with Switzerland, such as Cervinia (75/130cm) and Livigno (75/105cm) did see decent quantities of snow fall this week, and are skiing nicely right now.

Others missed out though, such as Sauze d’Oulx (20/40cm) and Bardonecchia (30/60cm), and have not seen any serious snowfall for nearly two months! On-piste conditions are still ok for now but there is no off-piste to speak of and problems will arise later in the season if there isn’t a major storm soon.

Further east, the Dolomites also haven’t seen any serious snowfalls for quite some time, but they did get a small top-up this week, which has helped to refresh pistes in the Alta Badia region (30/75cm). 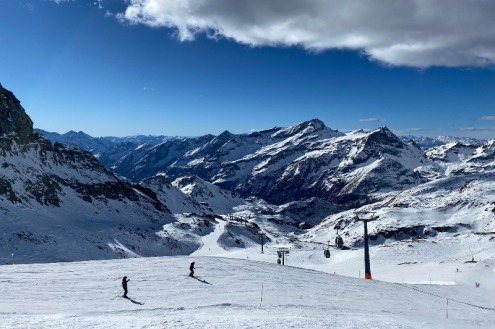 New snow has fallen in all Swiss resorts over the last few days, though it did turn mild at the end of the storm cycle which will have affected the quality of the snow lower down.

The heaviest snow has fallen in the central northern and north-eastern Swiss Alps, where resorts such as Engelberg (40/260cm) and Davos (110/190cm) are skiing superbly right now.

The western Swiss Alps have seen less new snow, but a moderate fall in Verbier (35/105cm) has also improved the skiing here. 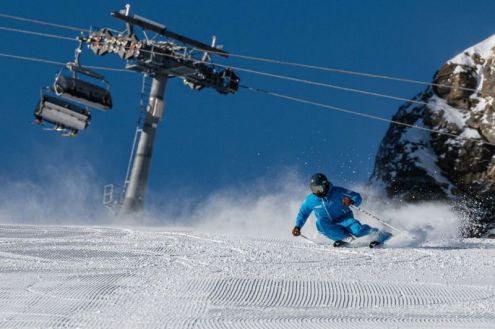 The Pyrenees may not have seen any significant new snow for a while, but the major resorts are still holding up fine thanks to the big storms earlier in the season. Expect good on-piste but variable off-piste snow conditions in both Andorra’s Soldeu (100/150cm) and Spain’s Baqueira Beret (170/275cm).

Snow depths are currently modest in many Norwegian resorts, including Hemsedal which has 20/30cm depending on altitude, comprising of a mix of natural and artificial snow. Snow conditions are better further west in the likes of Voss (100/130cm).

Scotland’s miserable season continues, with skiing still confined to limited beginner areas at Cairngorm and Glenshee, and not much hope of any serious lasting snow cover any time soon. 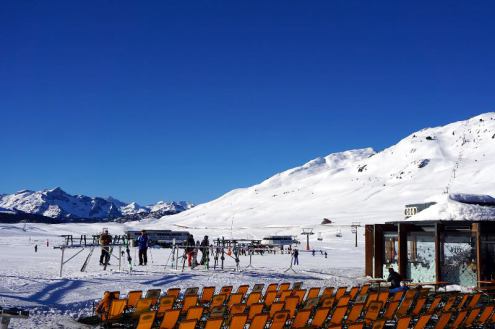 It’s been very cold this week across much of the western US, however anyone hardy enough to head to the slopes will find the snow conditions are pretty good, especially on-piste.

In Colorado, Breckenridge currently has an upper base of 110cm, while Wyoming's Jackson Hole has 175cm, both a little below average for mid-season but perfectly adequate for some enjoyable top to bottom skiing.

A dusting of new snow has freshened up pistes in Whistler (245cm upper base), where snow conditions are currently very good. More snow is also expected later on Friday.

Further east, there is also lots of good skiing to be had in the Banff-Lake Louise area, where they have had a particularly good first half of the season and the upper base is now 210cm. 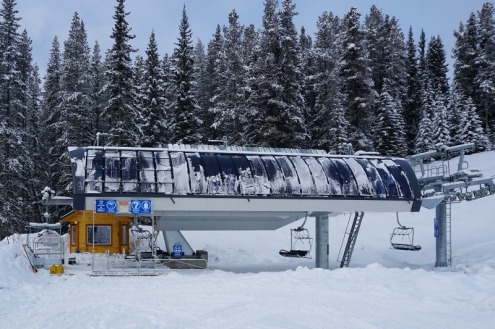