Snow conditions in the Alps are below average for late November. However, with skiing currently only possible in Switzerland, and France announcing that lift-served skiing will not be permitted until well into the New Year, this could be a good year for the snow to arrive late!

For those Swiss resorts that are offering skiing (mostly but not exclusively ones that have glaciers), on-piste conditions are perfectly reasonable. Below glacier level, though, snow cover is thin and patchy, or even non-existent.

Snow cannons have been operating in recent days, and they should in theory become more widely used as temperatures drop over the weekend. However, given the huge uncertainty surrounding opening dates right now, it remains to be seen whether snow-making will continue to be commercially viable.

As for the weather forecast for the Alps, temperatures are set to drop over the weekend and it will remain on the chilly side for much of next week. There won’t be much in the way of new snow though, with just a few flurries in some south-western parts of the Alps this weekend (e.g. Isola 2000).

Across the pond, Colorado’s Wolf Creek and Alberta’s Banff/Lake Louise area are still the ‘go to’ resorts right now…

Had restrictions not been in place, Obergurgl would now have been open, although still heavily reliant on artificial snow. Ischgl would have been due to open this weekend, on a mixture of man-made and artificial snow.

There is a little snow on some north-facing slopes in lower resorts but, on the whole, snow cover is still very meagre for late November. 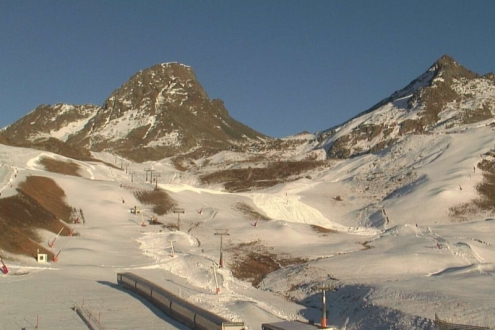 Without current restrictions Ischgl would have opened this weekend, but with considerable artificial help – 26 November 2020 –Photo: Ischgl.com

Below 2200m or so there is virtually no snow in the French Alps. 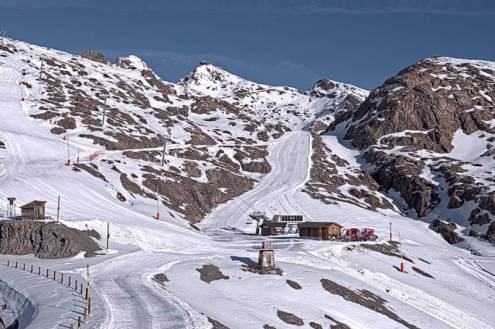 You need to climb high in Alpe d’Huez to find any significant snow. This is the Herpie chairlift at 2735m – 26 November 2020 – Photo: alpedhuez.com

Had restrictions not been in place, it would have been possible to ski in Cervinia throughout November. Indeed, professional ski teams are currently training here and skiing down to the mid-station at Plan Maison (2500m).

One or two other resorts would also have been able to open during November, but this would have been with plenty of artificial help. 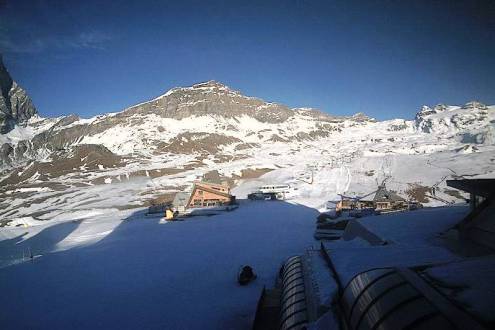 Skiing is possible down to Plan Maison (2500m) in Cervinia but only for race training – 26 November 2020 – Photo: cervinia.it

Up to 11 Swiss ski resorts have recently been offering skiing at weekends, these being Zermatt, Saas-Fee, Crans-Montana, Andermatt, Verbier, Glacier 3000, Arosa, Davos-Klosters, Engelberg, Laax and the Diavolezza glacier. This number is down to five or six during the week.

Saas-Fee (35/95cm) currently offers the most extensive terrain, with about 35km of pistes and skiing possible down to the Morena mid-station. Zermatt (0/220cm) comes a close second, with 26km of open pistes.

Most pistes are hard-packed and often a mix of natural/artificial snow, especially below 2700m. No significant snowfall is expected in Switzerland for at least the next week. 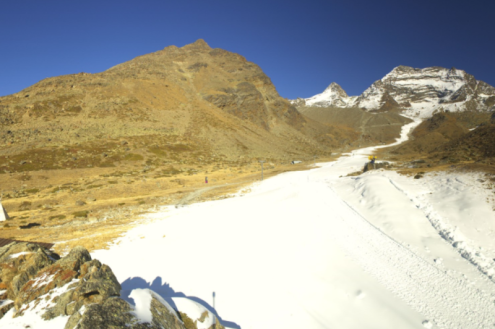 Snow-making underway on the sunny slopes of Saas-Grund near Saas-Fee – 26 November 2020 –Photo: saas-fee.ch

There is little or no snow in the Pyrenees and, following recent announcements, no skiing will be possible in the French resorts until the New Year. Some Spanish ski resorts are currently planning to open in early December, including Baqueira Beret, but they may be heavily reliant on artificial snow.

There is currently insufficient snow in the Scottish resorts to consider opening, with no significant further snow forecast for at least the next week.

A handful of Scandinavian resorts are currently offering skiing, albeit on a very limited basis. Finland’s Ruka (20/30cm), for example, has 1.6km of skiing available on a mixture of natural and artificial snow. 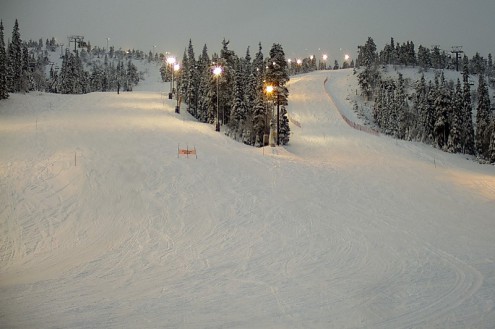 As many as 28 resorts are now open across the US, albeit mostly on a very limited basis. One notable exception is Colorado’s Wolf Creek (132/140cm) where there has been another 50cm or so of new snow in the last week and most of its 133 trails are open.

More typical of current conditions in US resorts is Breckenridge (50/52cm), where only 9 of its 183 trails are open. That said, conditions are pretty good for the time of year, with around a foot of new snow in the last week.

10 resorts are now open in Canada, including Whistler (0/87cm), where 37km of pistes are open and some new snow is forecast tomorrow.

The best bet right now, however, is the Banff/Lake Louise area (75-110cm upper base) where most runs are open and there is also fresh snow. 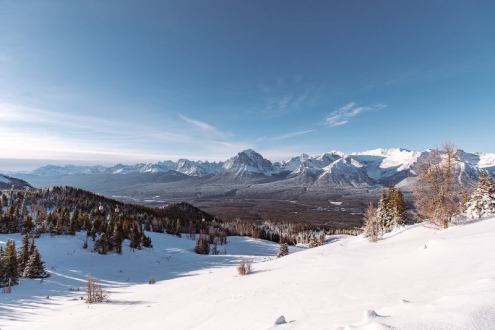