Snow conditions in the Alps are generally excellent for late December with the only real weaknesses at very low altitude close to the northern and north-western fringes.

Fine weather this New Year week is adding to the overall feelgood factor but plenty of caution is still advisable off-piste, especially in the northern half of the Alps where most of the recent snow has fallen.

The greatest snow depths right now are in the higher resorts of the central and western Alps, where Andermatt now has 400cm at altitude.

Across the pond snow conditions are generally steady rather than spectacular…

Snow conditions in Austria are mostly good or very good, even if snow cover is still on the thin side at low altitude in the north. The Ski Welt, for example, may only have modest snow depths of 5/65cm but this is still enough to allow some decent piste skiing, for now at least.

Higher up and a bit further south, Obertauern (130/160cm) saw significant snow last week and is in prime condition right now. Obergurgl is another great option with 100/210cm of snow depending on altitude.

Over the next few days, the Austria Alps should expect to see lots of fine weather. 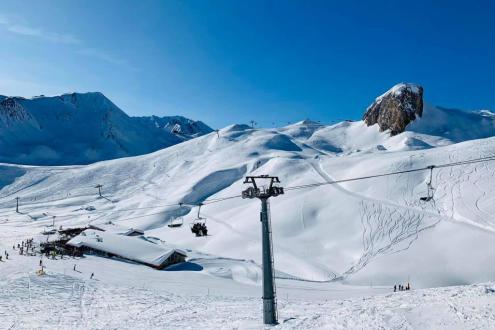 Snow conditions are excellent just about everywhere in the French Alps, with just a few of the very low areas close to the northern and western foothills still a bit thin or patchy.

Morzine (5/140cm), for example, has very little snow at resort level but can still offer plenty of good skiing higher up. Nearby Avoriaz (150/230cm), by contrast, has lots of snow and excellent conditions.

Most resorts in the French Alps also have lots of snow and excellent conditions, including Courchevel (120/155cm) and Serre Chevalier (60/195cm).

The weather in the French Alps is set fair for the next few days, with plenty of sunshine expected at altitude. 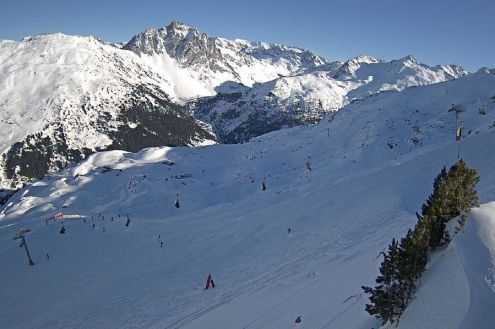 Snow conditions in Italy remain very good across the board. In the east, the Dolomites may not have seen a huge amount of snow in recent weeks but are still benefitting from the great base laid down in November. Arabba has base depths of 105/165cm, while Madonna di Campiglio has 65/190cm.

Further west, there was some significant snow last week in Cervinia (110/250cm) and La Thuile (50/240cm), both of which are skiing as well as anywhere in the Italian Alps right now.

The forecast over the next few days is for plenty of sunshine across the Italian Alps. 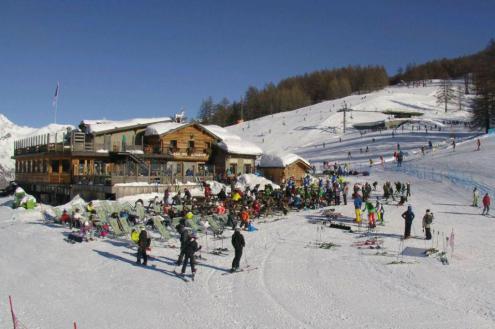 Snow conditions in the Swiss Alps are generally very impressive for late December. Only resorts close to the northern foothills, such as Leysin and Adelboden, are notably below par in terms of depths but, even here, there is some perfectly good piste skiing on offer.

Higher up, particularly further south, the snow is deeper and conditions are superb in the likes of Verbier (70/240cm), Saas-Fee (60/290cm) and Andermatt (55/400cm), though some caution is still needed off-piste.

Lots of sunshine is expected in the Swiss Alps over the next few days. 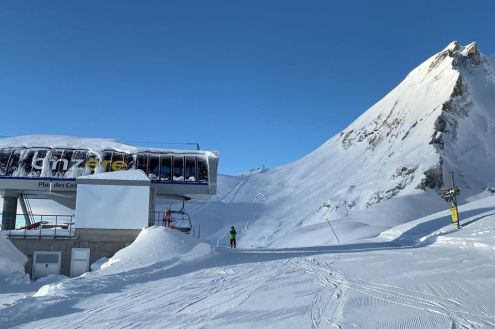 There is some good piste skiing on offer in the Pyrenees, even if snow depths are unexceptional in Andorra, where the GrandValira currently has 30/75cm depending on altitude. Spain’s Baqueira Beret (60/130cm) is fully open and is probably the best bet in the entire mountain chain as thing stand.

There is also plenty of good skiing on offer in Scandinavia, as should be expected at this time of year, with Norway’s Hemsedal (122cm upper base) as good as anywhere right now.

Skiing in Scotland is currently very limited, with no more than a little patchy snow at altitude. 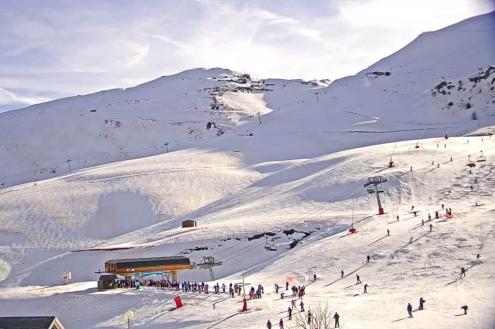 Good cover at altitude in the Pyrenees. This is Piau Engaly – 29 December 2019 – Photo: snoweye.com

Early season snow conditions are reasonable across most of Colorado with close to average snow depths in both Vail (110cm upper base) and Aspen (84/122cm).

Most of Utah is also in decent shape, with 175cm mid-mountain in Snowbird. The greatest depths are further west in California, though, where Mammoth is posting 368cm up top.

Snow depths are still below par in Whistler (92cm mid-mountain base), but there is lots of snow in the forecast over the next week which should greatly improve conditions.

Further inland, snow conditions have been much more consistent so far this season in the Banff/Lake Louise area (110/150cm) with some light to moderate snowfalls in the forecast over the next few days. 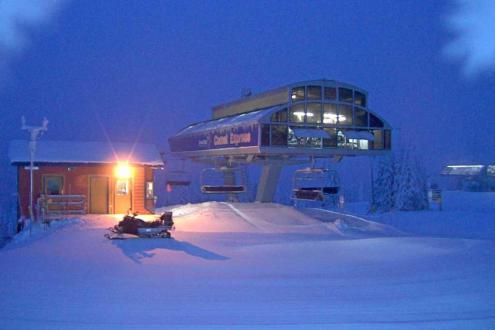 Plenty of snow in the western Canadian interior. This is Silver Star – 29 December 2019 – Photo: skisilverstar.com

Our next full snow report will be on Thursday 2 January 2020,