This week has seen huge snowfalls across the northern and western Alps, but thanks to plenty of subtropical air being in the mix, there has also been some heavy rain lower down. The greatest accumulations of snow have been in the northern French Alps, and the central and western Swiss Alps, which have already had over 1m of new snow above 2000m in some spots since Wednesday, and even up to 1.5m in places, such as at altitude in the Goms valley in Switzerland.

Some Italian resorts close to the Swiss and French borders (such as Cervinia and La Thuile) have also seen a lot of precipitation, as has the far west of Austria (e.g. St Anton), but generally the further west and south you are, the less affected you will have been by the current storm cycle.

Yesterday the rain/snow limit reached as high as 2200m in some north-western parts of the Alps (e.g. Portes du Soleil, Jungfrau region) but these areas still have plenty of snow at low levels. More of a worry is the sky-high risk of both avalanches – there have already been several large spontaneous avalanches in both France and Switzerland – and flooding lower down.

Across the pond, the big news is a huge storm in California which has dropped as much as 2 metres of new snow in Mammoth…

The far west of Austria has seen some serious snow from the current storm, with at least 70cm above 2200m in St Anton (155/220cm). However, rain has at least temporarily affected the quality of the pistes lower down.

The weather has been more stable in recent days further east and south, with more consistent piste skiing on offer in the likes of Obertauern (120/140cm) and Nassfeld (170/330cm).

Most Austrian ski resorts can expect at least a bit more snow over the next few days, though not as much as there will be further west in the Alps. 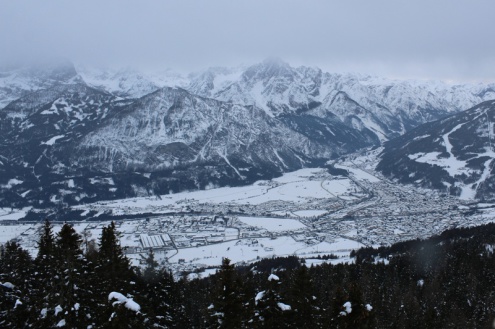 Cloudy but mostly dry today in the southern Austrian Alps. This is Lienz – 29 January 2021 – Photo: foto-webcam.eu

There is currently no skiing available to the public in France due to measures taken to combat the spread of Covid-19. Had restrictions not been in place there would have been ample snow across all parts of the French Alps.

Snow quality would have been highly variable this week though, with the rain leading to some unpleasant skiing conditions lower down at times (especially in the northern Alps), but with masses of new snow higher up, at least in the northern two-thirds of the Alps.

That said, with a critically high risk of avalanche right now in the northern Alps, it would have been a few days before any serious-off piste skiing could have been considered, in any event.

Note that the far southern French Alps (e.g. Isola 2000) has remained mostly dry with plenty of sunshine in recent days.

More snow is expected over the next few days, with some rain lower down, again mostly in the northern Alps. 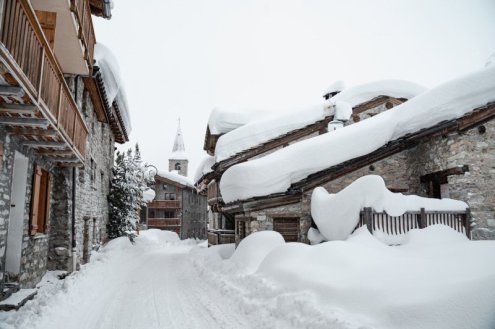 There is currently no lift-served skiing available to the public in Italy due to measures taken to combat the spread of Covid-19. Had restrictions not been in place, the best skiing in Italy this week would have been in the far south-west (e.g. Prato Nevoso) and the far east (e.g. Dolomites), largely as they would have seen the best of the weather.

Resorts closer to the Swiss border (such as Livigno and Cervinia), and those in the far north-west (such as Courmayeur and La Thuile) have seen significant new snow over the last few days but would also have faced at least partial closures at times due to bad weather.

Some snow is expected across Italian resorts over the next few days, but not as much as there will be further north and west. 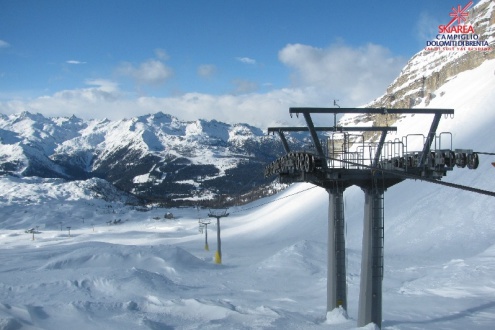 Bright skies in Madonna di Campiglio, which has missed most of the new snow this week – 29 January 2021 – Photo: funiviecampiglio.it

Most Swiss resorts (aside from those in the far south – i.e. in Ticino) have seen a lot of snow this week. However, with freezing levels exceeding 2000m yesterday, there has also been some rain, especially in north-western resorts such as Wengen (55/130cm) and Gstaad (85/185cm). Luckily these resorts have plenty of snow, even lower down, so the longer-term implications are not too serious and higher up there is still a lot of fresh snow.

The really impressive snowfall totals have been in the more intra-alpine resorts, with around 1m of new snow above 2200m in both Zermatt (130/200cm) and Andermatt (150/450cm).

More snow is also forecast for most Swiss resorts over the next few days. 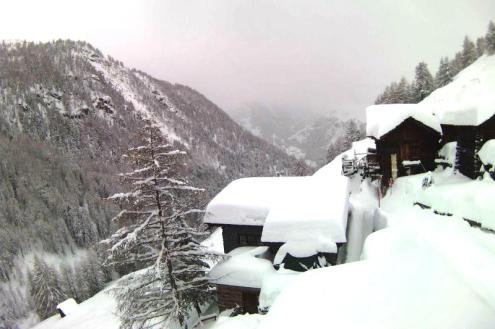 Milder weather has also affected the Pyrenees this week, though there is still some good piste skiing to be had in Spain’s La Molina (50/80cm) and Andorra’s Soldeu (50/90cm). Skiing is not currently permitted on the French side of the Pyrenees.

Scottish ski resorts have a good covering of snow but unfortunately skiing is not currently permitted, again due to Covid-19 restrictions.

Scandinavian countries are offering some excellent skiing right now, with good snow cover across the board. Norway’s Hemsedal currently has settled snow depths of 90/135cm, while Sweden’s Åre has 70/95cm. 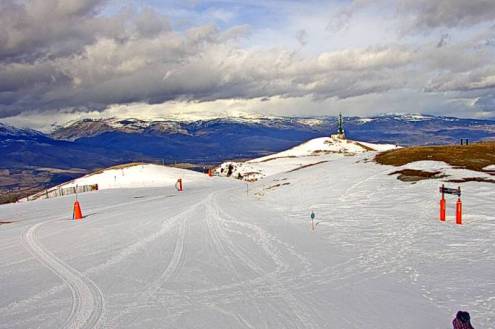 A huge storm has dumped around 2m of new snow over the last couple of days in California’s Mammoth (240/230cm), which should mean excellent snow conditions here once the weather settles down.

Further east, most Colorado resorts have also seen at least a little new snow in recent days, with 15cm in Vail (90cm upper base), for example, which has had a rather meagre season to date. 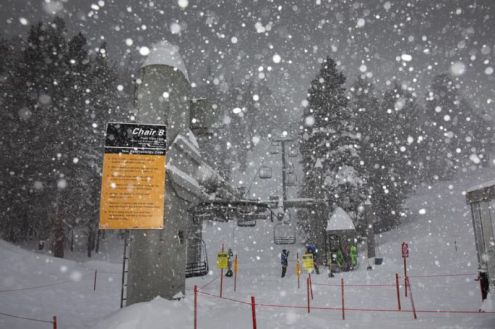 Lake Louise (110/140cm) has not seen a huge amount of snow in recent days but is offering great piste skiing right now, with fine weather and cold temperatures.

Further west, it is also relatively cold in Whistler (220cm upper base), where some fresh snow is forecast over the next few days.