Snow conditions are very impressive for the time of year across both the central and southern Alps, but more “normal” further north. This follows a succession of southerly tracking storms, which fed off the warm Mediterranean before barrelling into the southern side of the Alps.

Resorts that are already open and have a lot of snow right now, especially at altitude, include Cervinia, Zermatt, Saas-Fee, Madonna di Campiglio, Sölden, Obergurgl and Hintertux.

There is also snow in the northern half of the Alps, but generally in more modest quantities than further south. The Foehn is also expected to blow hard here over the next day or two which will melt most of any unconsolidated low-lying snow. Just how much damage this has done should be clearer by Sunday afternoon.

Across the pond, Lake Louise is probably the best bet right now, though there is fresh snow across many western US resorts for the first time in a while.

Snow cover is pretty impressive across most of the Austrian Alp, especially across the central and southern Alps and close to the Italian border. Obergurgl opened last week and boasts a very healthy 105/210cm of snow depending on altitude. Nearby Sölden (40/250cm) is another great bet, with over 100km of pistes now open.

Further north, the Arlberg region (due to open next weekend) has reasonable snow cover at altitude but still needs more before they can claim anything like a bumper start to the season. 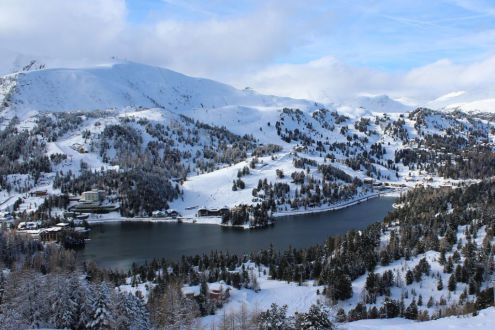 Lots of snow in the southern Austrian Alps. This is Turracherhöhe – 22 November 2019 – Photo: turracherhoehe.at

The southern French Alps have the most snow (relative to altitude) right now, with more forecast this weekend. Further north, you have to be high (e.g. Val Thorens) to ensure good depths, with the Foehn wind due to cause problems for lower altitude ski areas over the next day or two.

Chamonix plans to open its Grand Montets area tomorrow, but cover remains thin and the incoming Foehn will not help the situation. 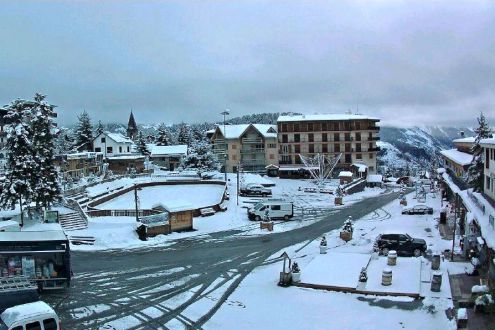 Broadly speaking, Italy currently has the most snow of the four main Alpine countries, with Cervinia ( 85/260cm) offering the greatest extent and variety of skiing, weather-permitting.

Further east, Madonna di Campiglio (70/150cm) is also doing very well thanks to copious November snowfalls. Indeed, these have been great news for the Dolomites in general, an area often reliant on artificial snow early in the season, but now boasting their best natural base in 10 years or so. 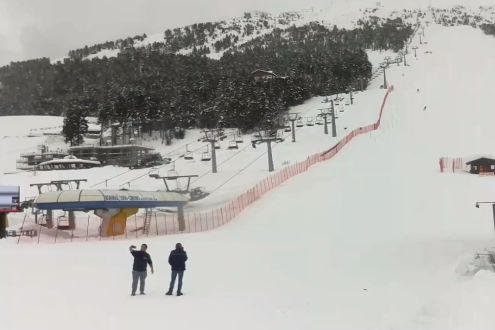 Bormio is just one of many Italian resorts whose seasons have got off to a great start – 22 November 2019 – Photo: bormioski.eu

The deepest snow in Switzerland is currently in the south, where Zermatt (30/100cm) and Saas-Fee (85/150cm) are (weather-permitting) as good as anywhere right now, with yet more heavy snow forecast for Saturday.

Further east, but still in the southern Alps, the Corvatsch area near St Moritz (110cm upper base) is also in great shape and due to open tomorrow.

There is not quite as much snow (relative to altitude) in the northern Swiss Alps, where one of the better options is Engelberg, which has around 50cm of level snow at mid-station and 122cm up on the glacier. 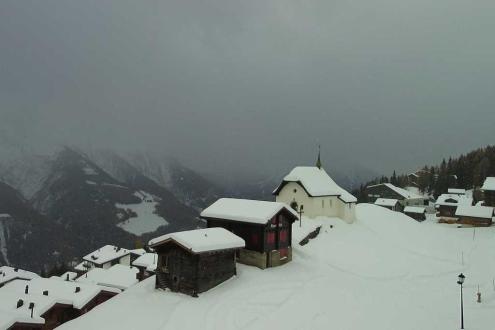 The Pyrenees already have a lot of snow which will enable multiple resorts to open over the next week or two. Spain’s Baqueira Beret plans to open 10 lifts tomorrow with around 100cm of level snow up top. Across the border in France, Cauterets will also open this weekend, albeit on a more limited basis, despite a very impressive 180cm at altitude.

Skiing is also possible in Scandinavia, but generally on a very limited basis for the time being. Sweden’s Åre and Norway’s Trysil both have a couple of lifts in operation and have base depths between 20cm and 40cm. 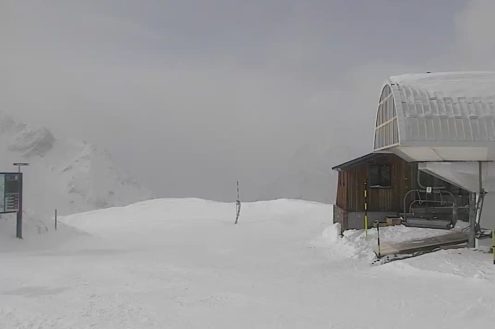 Plenty of early snow in the Pyrenees. This is Peyragudes – 22 November 2019 – Photo: peyragudes.com

A relatively snowy October gave rise to some early optimism across many western US resorts, especially in the northern Rockies (e.g. Wyoming). However, November has been much drier, meaning that most recent openings have still been heavily reliant on artificial snow.

The good news is that it has started snowing again this week, just in time for a number of openings tomorrow (23 November). Among the better bets at the moment are Breckenridge and Keystone, both of which have some fresh snow on a base approaching 50cm. 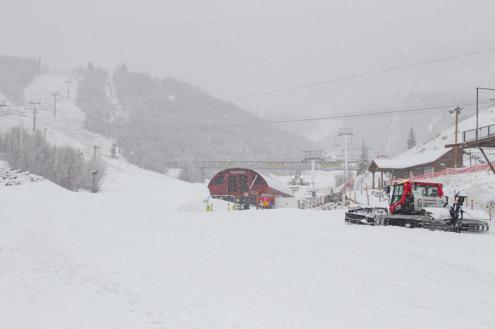 A handful of resorts are open in western Canada, most of which are in the interior. Best of all is the Lake Louise area which opened on 1 November and is currently offering 66 open runs on an upper base of about 70cm.

Our next full snow report will be on Tuesday 26 November 2019,