Snow conditions in the Alps generally remain good for early January, with the only real weaknesses still at very low altitude close to the northern and north-western fringes of the Alps.

The New Year week has been largely sunny across the Alps, which is always a bonus given the high number of skiers on the slopes. It has been very mild at altitude though, with freezing levels often in excess of 3000m. However, thanks to both low humidity and low sun angle, the quality of snow has remained firm, if a little icy in places lower down.

Off-piste there are still pockets of powder to be found, especially on north-facing slopes, but you will increasingly need a good guide to find them.

The next significant snow will fall in the north-eastern Alps tomorrow, with 15-30cm possible in the Austrian Salzburgland. The southern and western Alps (i.e. France, western Switzerland and Italy) will see little if any snow though.

Snow conditions remain pretty good across most of Austria even if snow depths are generally unremarkable across the northern and western Austrian Alps.

Lech (75/110cm) is offering excellent piste skiing right now, as is Saalbach (30/70cm) despite its lower base depth being modest.

To find the deepest snow you need to be looking higher and further south. Obergurgl (100/195cm), close to the Italian border, and Obertauern (130/160cm), in the central-eastern Austrian Alps, are skiing as well as anywhere right now.

Expect some moderate snowfalls across the eastern and north-eastern Austrian Alps (e.g Schladming) tomorrow, with just a few centimetres further west (e.g. St Anton) and next to nothing in the far south (e.g. Nassfeld). 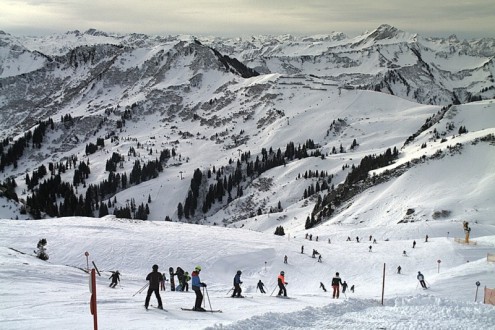 Good pistes in the Austrian Vorarlberg. This is Mellau – 3 January 2020 – Photo: mellau.at

Snow conditions remain excellent across most of the French Alps even if the pistes are getting a little icy in places low down.

In the southern French Alps, Risoul (80/225cm) has a very healthy early season base and is skiing superbly right now. Further north, there is also plenty of good skiing on offer in the likes of La Rosière (150/200cm) and Flaine (80/240cm). It is only at very low altitude (roughly below 1200m) that snow cover remains thin and patchy.

A few flakes of snow are possible across the far northern French Alps tomorrow but for the most part it will remain dry over the coming days. 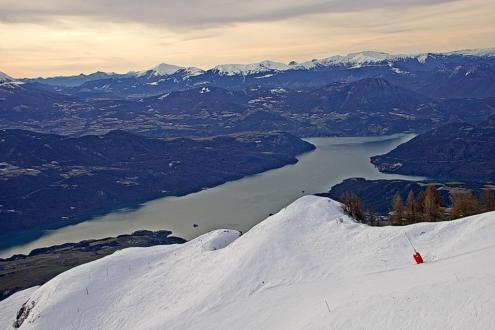 Great skiing even at low altitude in the southern French Alps. This is Reallon – 3 January 2020 – Photo: snow-eye.com

Italy has led the way in terms of snow conditions in the Alps this season, with all resorts remaining in good shape even if there hasn’t been a huge amount of new snow for some time.

In the east, the Dolomites continue to enjoy some excellent piste skiing with base depths of 30/130cm in Cortina and 60/190cm in Madonna di Campiglio.

Further west, conditions are equally good if not better in the likes of Bardonecchia (60/200cm) and La Thuile (50/200m), where there is ample cover top to bottom.

The weather is forecast to remain mostly dry in the Italian ski resorts over the next few days. 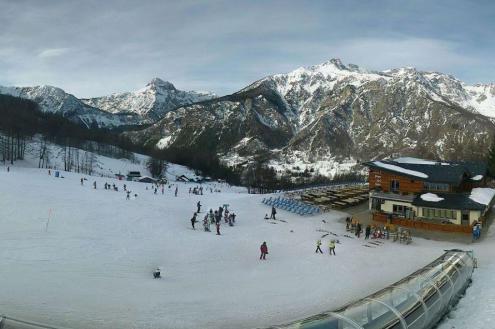 Impressive cover in the Italian Piedmont. This is Bardonecchia – 3 January 2020 – Photo: bardonecchiaski.com

There is lots of great skiing on offer across the Swiss Alps with only a few weaknesses at very low altitude close to the northern foothills. Gstaad, for example, has next to nothing in the village but already has 55cm at 1250m and 130cm at 2000m, meaning that there is lots of good piste skiing at altitude.

Further south, Verbier (70/240cm) and Zermatt (60/140cm) are skiing as well as anywhere right now even if powder is increasingly hard to come by.

A few centimetres of snow are forecast across the northern and eastern Swiss Alps (e.g. Flumserberg) tomorrow, but nothing especially significant, with most places remaining dry. 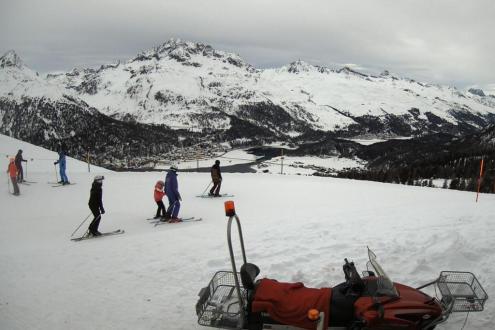 Good snow conditions in the Swiss Engadin. This is Silvaplana near St Moritz – 3 January 2020 – Photo: snow-eye.com

Snow conditions are generally solid, rather than spectacular, in the Pyrenees, with some good piste skiing to be found at altitude in the likes of Spain’s Baqueira Beret (60/130cm) and Andorra’s Pas de La Casa (30/75cm).

Scotland, however, continues to struggle with mild and changeable weather. At the time of writing it is only the three eastern Scottish resorts of Cairngorm, Glenshee and the Lecht that are open, offering some very limited skiing thanks to artificial help. 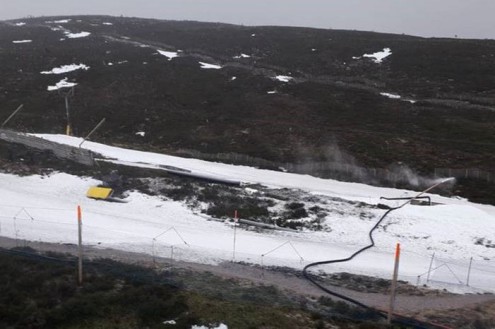 Many western US resorts have seen significant snow in recent day, which has greatly improved conditions.

Snowfall has been a little more modest in Colorado, although the 18cm of new snow in Aspen (84/122cm) is still good news, and there is still some excellent skiing on offer here.

Snow conditions in Whistler (119cm mid-mountain base) continue to improve after its slow start to the season, with further new snow and falling temperatures expected over the next few days.

Further inland, though, Lake Louise (120/157cm) is in better overall shape. It also has some fresh snow, with further flurries and cold temperatures in the forecast. 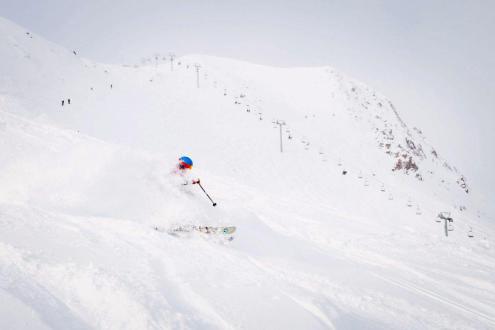 Our next full snow report will be on Thursday 9 January 2020,