Is the best ever start to the ski season?

In a word, no! But in some places it’s not far off - the northern French Alps being one of them.

Of course it all depends on how you define “best ever”.  But one thing’s for sure - snow depths are exceptional across the north-western Alps right now, and are generally above par in other regions too.

Here is a country by country analysis of how the snow is shaping up in the Alps, including some historical context. 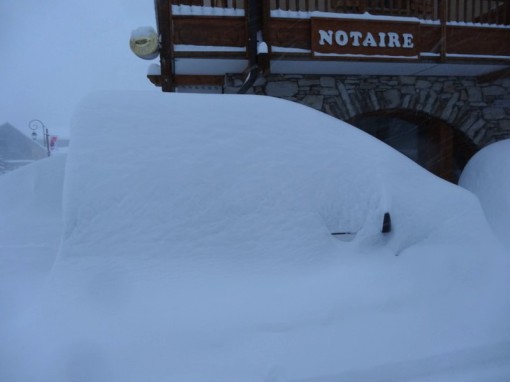 The northern French Alps are really the only region with a case for having “the best ever start to the ski season” - at least in terms of snow depths.

This is backed by Météo France, which claims that only three other early Decembers can compare - 1965, 1992 and 2007.  I would also throw 1996 into that mix, but this is an inexact science and, if last year’s mega snow, had come just a week earlier, 2011 would be in the frame too!

The southern French Alps have not had nearly as much snow, but conditions here are still good for the time of year. 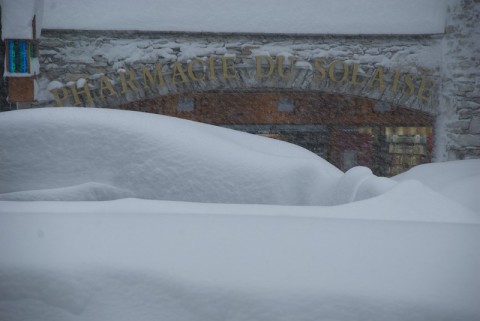 This is graphically illustrated in the diagram below (courtesy of SLF.CH), which expresses snow depths across a number of Swiss mountain weather stations as a percentage of the long term average.

Zoom in and you can see that the snow is up to four times deeper than it should be at this time of year in parts of western Switzerland! By contrast, the far south-east (e.g. St Moritz) is closer to average, and a few spots are even below par. 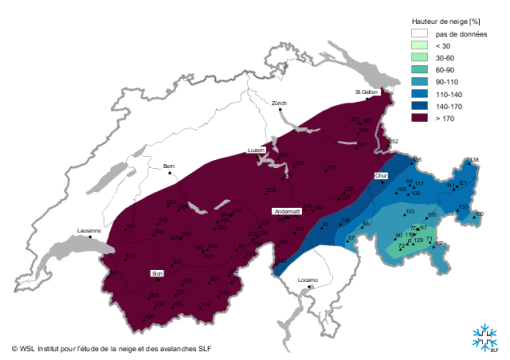 Snow depths across the Swiss Alps (6 Dec 2012) expressed as a percentage of the long term mean - www.slf.ch

Austria has made steady, rather than spectacular, early season progress. But, generally speaking, snow depths are now pretty reasonable for the time of year, particularly in the far west of the country where there is over 1 metre at 2000m in the Vorarlberg (Lech, Warth-Schröcken). 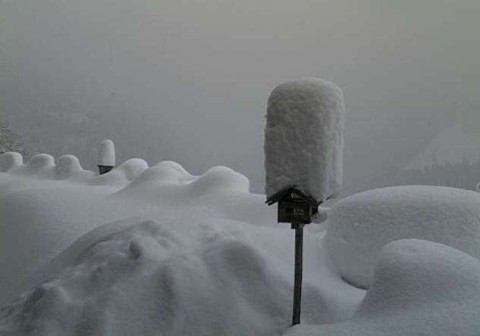 The Austrian Vorarlberg has seen lots of fresh snow this week, but nothing exceptional given that it boasts the highest snowfall averages in the Alps - www.kanisfluh.net

Further east, the recent cold has allowed the snow to settle to low levels, but snow depths are nothing out of the ordinary (typically 40-80cm at 2000m), and certainly not a patch on 2007 which is widely regarded as being the “mother” of all early seasons in these parts!

Back then, Schladming managed to open its lifts as early as 26 October (without the aid of a glacier) and was quickly followed by Kitzbühel. But it was November when things really kicked off, with a series of potent storms slamming into the northern side of the Alps, delivering record-breaking snowfalls to eastern Switzerland and much of northern and western Austria. 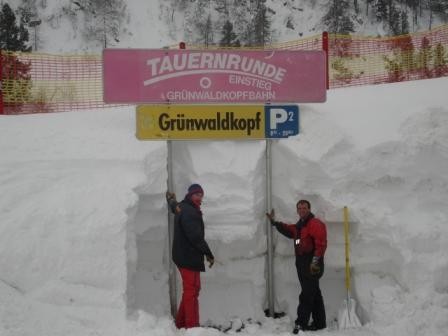 Western Italian resorts, particularly those in the Aosta Valley (such as Cervinia, Courmayeur and La Thuile) got off to an excellent start this year, with lots of snow at the end of November.

Eastern Italian resorts, such as Selva and Cortina have also had early snow, but generally speaking not as much.

Overall it’s very good start to the Italian season, particularly in the west, but not an exceptional one. For that you don’t have to go back far though. 2008 saw unprecedented early snowfalls right across the southern Alps from Limone, in the far south-west, to the Dolomites in the far east, with some resorts (such as Passo Tonale) seeing 3-4m fall in December alone.

So what's the conclusion?

The 2012-13 season has got off to a cracking start, there is no doubt about that.

However, claims that it could be the best ever start to the season are more difficult to substantiate.

Certainly parts of the north-western Alps are there or thereabouts, but looking at the Alps as a whole, there have (as far as I am concerned) been even better starts at this stage - and not very long ago either!