Five of the best places to ski in Austria

The British have long had a special relationship with skiing in Austria – and it’s easy to see why!

Nowhere else in the Alps offers quite the same combination of cute villages, varied slopes, friendly locals and vibrant après-ski, not to mention such or universally high standards of accommodation at reasonable prices.

And then there’s the snow. Did you know that Austria’s Vorarlberg region is the snowiest corner of the Alps? Or that Austria has some of the best snow-making in the world with good piste skiing virtually assured in even the lowest resorts?

Austria’s most westerly province, Vorarlberg, is also the country’s snowiest, catching the full force of storms arriving from both the north and the west. Indeed, little Warth-Schröcken (linked to Lech-Zürs am Arlberg) is the snowiest resort in the Alps with an average snowfall of over 10m a season!

But Austria’s Vorarlberg region has more to celebrate than just prodigious amounts of snow. Upmarket Lech-Zürs am Arlberg has long held a reputation for world-class skiing, but explore deeper into the adjacent Bregenzerwald and you will discover dozens more captivating resorts worthy of closer attention. 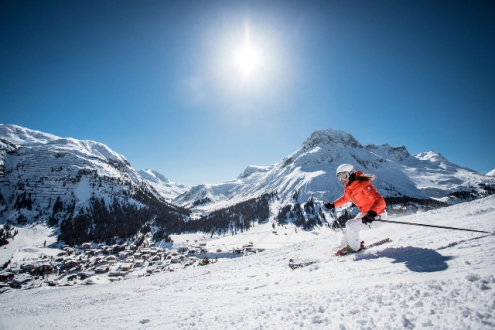 World-famous Lech-Zürs lies in one of the snowiest corners of the Alps.

Not far from Warth-Schröcken is often under-rated but super-snowy Damüls, which shares a surprisingly extensive 109km of varied slopes with Mellau.

Further north still, where the foothills of the Alps plunge towards the Bodensee (Lake Constance), there are yet more unspoilt hamlets, many with interesting little ski areas of their own.

Drive east along the motorway from Innsbruck and in less than 30 minutes you reach the entrance to the Zillertal, one of Austria’s best known and most accessible ski valleys, with a staggering 515km of pistes served by 179 lifts. 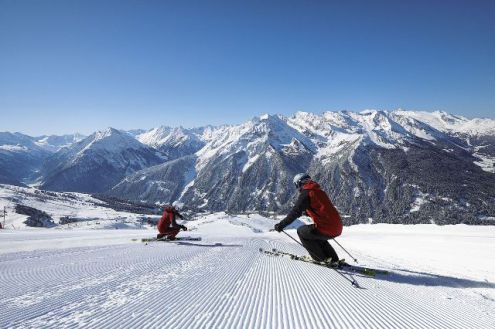 The Zillertal has mile upon mile of groomed pistes for all levels of skier and boarder.

Whatever your level of skiing or boarding, you will find plenty to amuse you here, from the legendary free-ride terrain of Hochfügen and the steepest piste in Austria (the Harakiri) in Mayrhofen to, at the other end of the spectrum, family-friendly cruising above Gerlos and Zell am Ziller.

The icing on the cake, however, is the fabulous Hintertux glacier at the end of the valley – one of the best glaciers in the Alps and the only one to genuinely offer skiing and boarding 365 days a year. 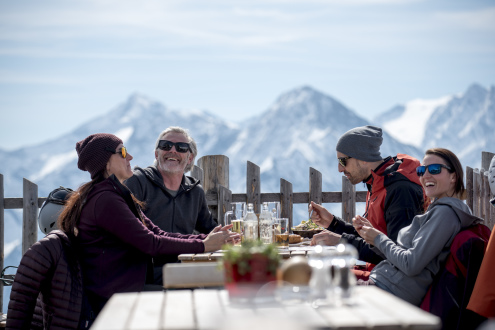 Zell am See and Kaprun are two traditional though highly contrasting ski resorts in the Salzburg region of Austria’s northern Alps.

Zell am See is a vibrant lakeside town with direct access to the fabulous Schmittenhöhe mountain, an extensive area of family-friendly skiing both above and below the tree-line. 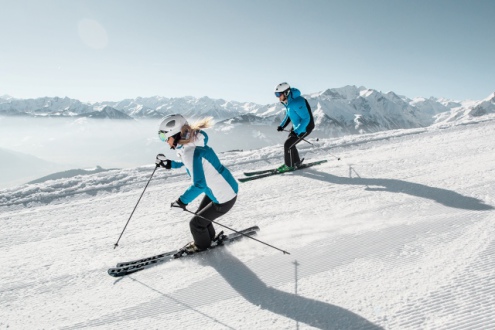 The Schmittenhöhe mountain offers family-friendly skiing above the lakeside town of Zell-am-See.

Just 9km to the south lies the smaller, yet still lively, village of Kaprun which offers two further ski areas, including the famous Kitzsteinhorn glacier.

Open from October to July, the Kitzsteinhorn glacier is also one of the most reliable spots in the Alps for an early or late season ski break and is unusually well-endowed with fast modern lifts. It also offers several freeride routes, five world-class snow parks and Austria’s biggest superpipe. 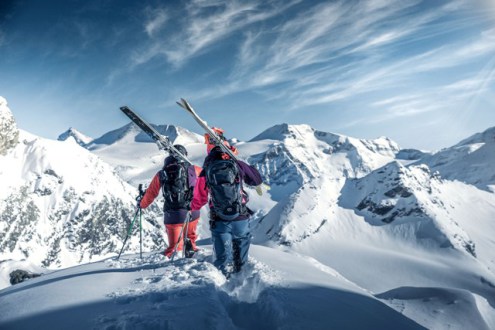 There are some great freeride routes off the Kitzsteinhorn glacier.

The Skicircus is the collective name for Austria’s largest interlinked ski area, whose four main resorts (Saalbach, Hinterglemm, Leogang and Fieberbrunn) offer a combined 270km of pistes served by one of the world’s most sophisticated lift systems. 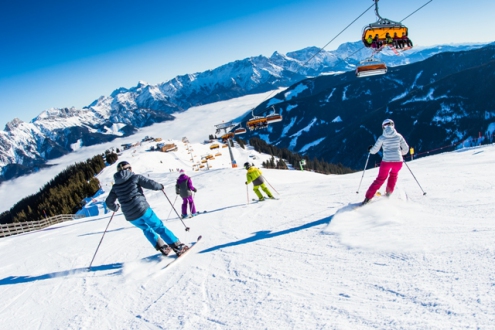 The whole area is an intermediate’s paradise, but the recent connection to Fieberbrunn - a known snow pocket with a stellar reputation for off-piste - has greatly increased the area's appeal for experts and freeriders too.

At the other end of the area, Leogang offers a selection of quieter slopes which are perfectly suited to families.

Whatever you are you looking for in a skiing or snowboarding holiday, Austria’s Skicircus really does have it all. 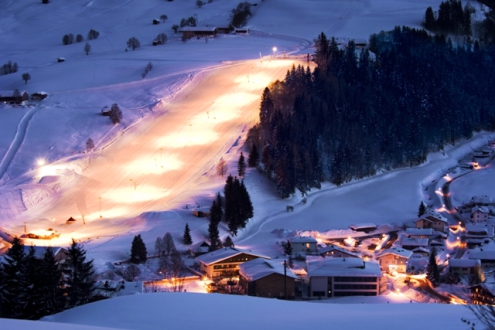 Sheltered from north-westerly storms by Austria’s highest mountains, the country’s most southerly province Carinthia has a distinct climate all of its own. But while the region basks in nearly 300 days of sunshine a year, it also has surprisingly reliable snow. 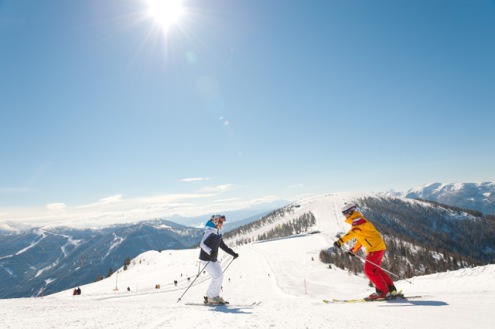 Carinthia is protected from the worst excesses of the Atlantic jet stream and has lower humidity than in the northern Alps, which helps with both snow quality and snow preservation. Snow-making is also excellent and, when nature does deliver, Mediterranean storms can dump huge quantities of snow here in a very short space of time.

Carinthia is home to dozens of family-friendly ski resorts, the best known of which are Nassfeld and Bad Kleinkirchheim, home of legendary ski racer Franz Klammer. 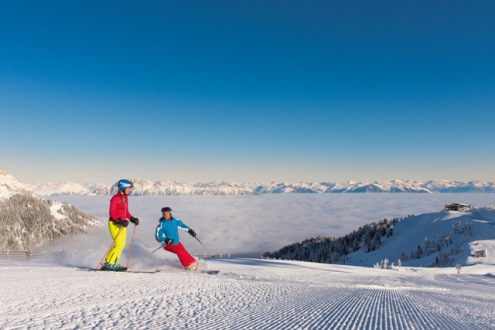 Nassfeld has one of the best snow records in Carinthia.

This year, access to Carinthia’s slopes will be made easier by a new Easyjet flight from Gatwick to Klagenfurt which launches on 16 December 2017.