The sleepy Italian village of Capracotta, three hours south-east of Rome in the Italian Apennines, claims to have broken the world 24 hour snowfall record with a staggering 256cm of snow (8.34 feet) on Thursday 5 March 2015. 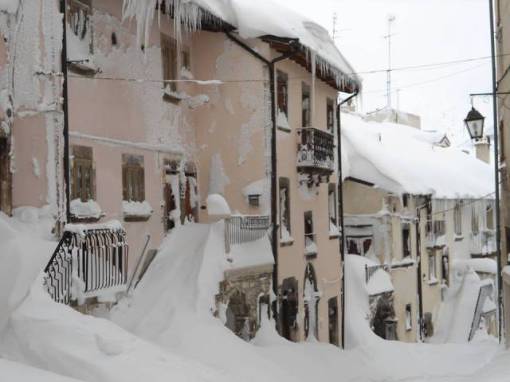 Snowfall records are notoriously difficult to verify but, to put this into some sort of context, the previous official record (at least recognised by the World Meteorological Organisation) was 192cm set in 1921 in Silver Lake, Colorado.

In the Alps, Bessans (Savoie) holds the highest official total that we know of, with 173cm in April 1969. However, it should be noted that there are numerous unsubstantiated claims of higher, both in the Alps and elsewhere. 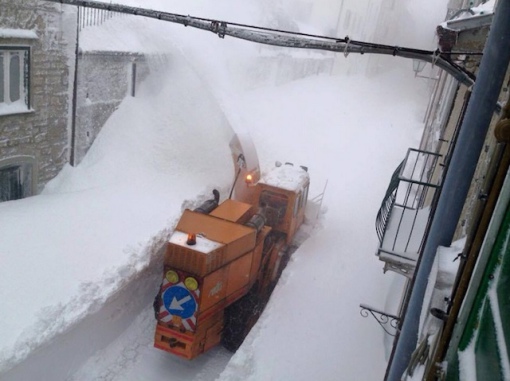 Whatever the final verdict on Capracotta, it seems likely that the 24 hour snowfall world record is now theirs, with Pescocostanzo (just down the road) running a close second with 240cm.

The cause of this monster snowfall was an unusually deep area of low pressure centred over southern Italy (see image below). The position of the storm was perfect for delivering moisture-laden easterly winds straight in off the Adriatic, towards the central Apennines where the air was forced to rise and abruptly purged of its moisture. 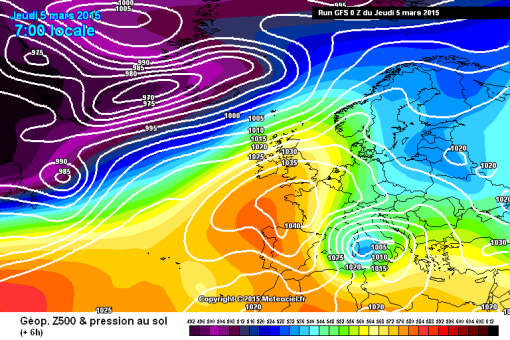 The contrast between the cold polar air wrapped up in the depression’s core and the relatively warm seas it passed over gave this storm a particular potency, but ultimately it was the perfectly aligned winds off the sea, combined with the local topography, which took the numbers to record-breaking levels.