Most British visitors to the Pyrenees (in winter at least) end up in Andorra. That’s not surprising given the number of major tour operators offering packages there.

But, as I discovered in my trip to the Pyrenees this week, to dismiss what lies beyond this tiny principality is to miss out on some of the best that the Pyrenees have to offer. 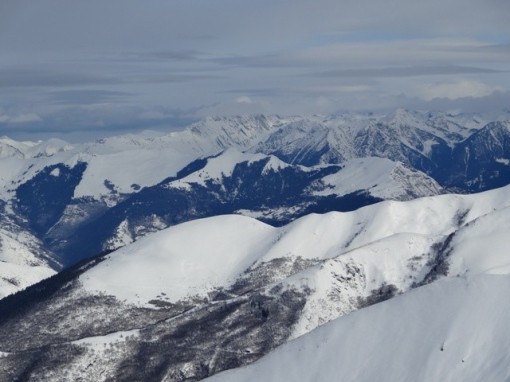 The department of Haute-Pyrénées lies to the west of Andorra, due south of Lourdes, and is home to some of the Pyrenees’ highest peaks - including several of over 3000m.

My visit to the region came the day after one of the greatest blizzards it had ever seen, and with nearly two metres of snow falling in just three days, many resorts were still cut off. So critical was the situation that Météo France declared an “Alerte Rouge” for the entire western Pyrenees, the first ever red alert issued for avalanche danger anywhere in France.

From the minute we arrived in France, our host Anna handled this unprecedented and ongoing situation with aplomb. Even as we were greeted at Toulouse airport (as we later found out) it was far from clear where we would be staying that night.

Our first scheduled stop had been the high altitude purpose-built resort of La Mongie, but only that afternoon an avalanche had cut off the access road, and the resorts would remain inaccessible for the duration of the trip.

However, a flurry of phone calls later and everything was sorted - our entire itinerary had been reversed - a not inconsiderable feat that I somehow couldn’t envisage being possible at such short notice in the Alps! 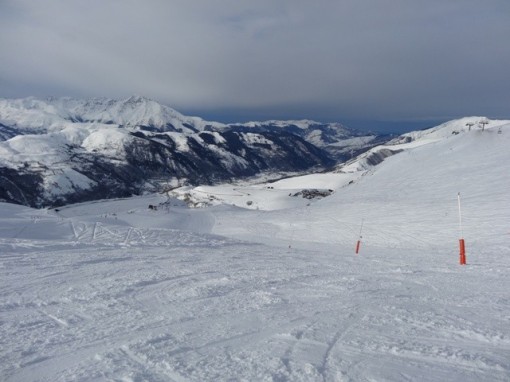 And so we found ourselves driving to Peyragudes, a small but perfectly formed ski area two hours south of Toulouse.

The name Peyragudes is actually an amalgam of Peyresourde and Les Agudes, two distinct purpose-built centres on opposite sides of a high col. They share a compact, but surprisingly varied area, with slopes that reach 2400m and offer spectacular views of the surrounding peaks.

Contrary to some opinion, the Pyrenees offer serious high mountain scenery, and not the gently rolling hills that you might associate more with Norway, for example. 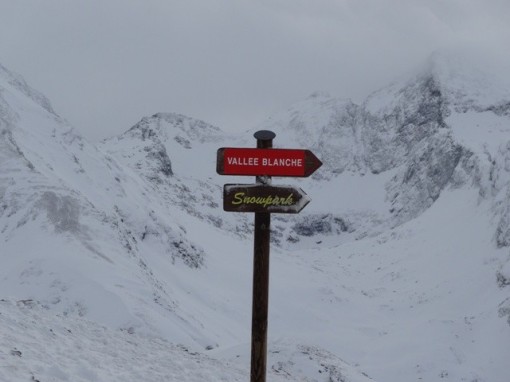 Not the famous Chamonix Vallée Blanche of course, but the scenery is pretty impressive here too

We were unlucky enough to encounter rain on the one day we skied in Peyragudes but, after lunch, it brightened up just long enough for us to appreciate the quality of the area.

The first thing that struck me was that nearly all the lifts are high-speed chairs. I was also impressed with the length of the runs, the uninterrupted drops of 800m vertical, and the vast swathes of easily accessible off-piste.

In the wake of the massive recent snowfalls, we avoided any temptation to stray off the beaten track and instead enjoyed an afternoon of fast cruising on wide and empty pistes. 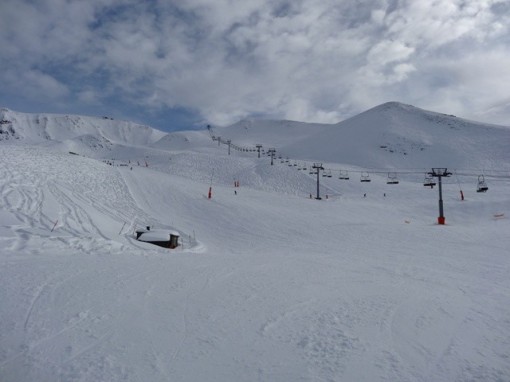 For a resort that practically no-one in this country has even heard of, I was definitely impressed. Granted, a competent skier could probably cover Peyragudes in a day, but then you could say the same for Courmayeur, Obergurgl and plenty of other world-famous ski resorts.

And, for a “smaller” resort, Peyragudes really surprised me with its state of the art lift system. This, combined with a respectable vertical drop, allows you to clock up some serious miles, both on and off-piste.

Less confident skiers are also well catered for with spacious village level nursery slopes and plenty of confidence building runs to progress to higher up the mountain.

If there is one drawback, it is that there are very few trees, which can render the slopes a bit bleak in bad weather. 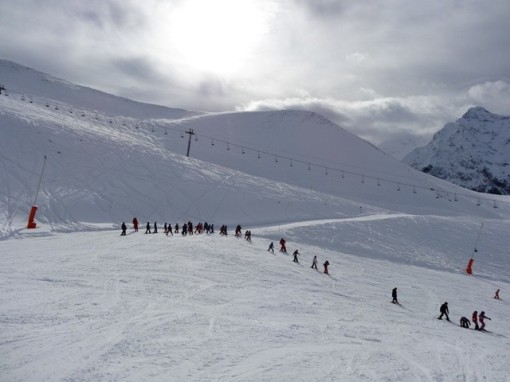 As for the resort itself, we were based in Peyresourde which is functional but inoffensive to the eye, with a relaxed low-key vibe and über-friendly locals.

Prices are low by alpine standards (€2.50 for a small beer), but there isn’t much to do off the slopes except visit the (excellent) “Balnea” spa, 30 minutes down the valley.

Ski Collection offers 7 nights in the 3* “Le Hameau de Balestas” apartments, from £105pp self-catering, based on 5 sharing a 2 bedroom apartment.

Prices include a return Eurotunnel crossing for one car and all passengers.