Guest blogger Arnie Wilson considers the pros and cons of skiing in Japan...

Skiing in Japan is nothing if not intriguing, with many plus points and a few frustrating ones.

In spite of its halting economy causing a crisis in its ski industry (it had been struggling for years before the current global crisis), the Japanese remain a ski-mad nation, with hundreds of resorts spread almost entirely across the two principal islands of Honshu and Hokkaido.

Although the majority of these are in the Japan Alps on the Honshu “mainland”, the best powder is found in Hokkaido, where snow-bearing winds come blasting across the Sea of Okhotsk straight from Siberia, picking up moisture en route.

So although the last Japanese Winter Olympics were based in the Japan Alps north of Nagano, the skiing cognoscenti are increasingly favouring Hokkaido resorts like Niseko, Rusutsu and Furano. 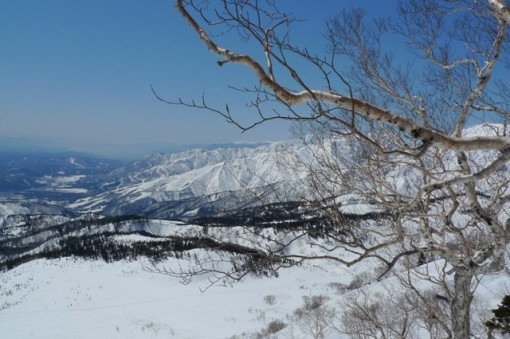 So what are the problems?

It’s not the food - if you have a reasonably adventurous palate, you’ll love the huge variety of tasty dishes, even at breakfast time. And Japanese cuisine is hardly unknown to Europeans. The people are friendly, if a little formal. The skiing can be anything from good to outstanding.

No, the problems can start as soon as you arrive.

You’ll probably want to bring your own skis and boots since rental boots may be a touch on the small size. And right away you have the problem of how to get all your luggage and equipment to the resort. 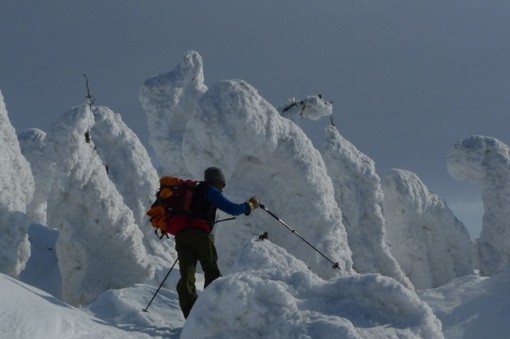 It’s rare - unless you’re flying on from Honshu to Hokkaido - to fly to the mountains in Japan. You go by bus or train.

Getting to the railway station – and then to the correct platform – can be quite daunting. Japanese cabs rarely, if ever, have ski racks (nor do black cabs in London, to be fair, but then London cabbies aren’t expecting skiers). And Japanese taxis tend to be spotless and the interiors protected by whiter-than-snow seat covers, so the drivers are not wild about having a pair or two of skis shoved inside their cabs.

Having surmounted that little difficulty and arrived at the station - probably Tokyo or Ueno - you face another ordeal: identifying the correct platform and lugging your gear towards it.

Little is written in English, and there can be steps up and down which seem to serve no purpose. This combination, as you endeavour to side-step hordes of commuters swirling past you towards the exits could, you feel, prompt a heart attack.

There are no trolleys, for some reason. And as for porters - forget it. I have never seen either in more than a dozen visits. 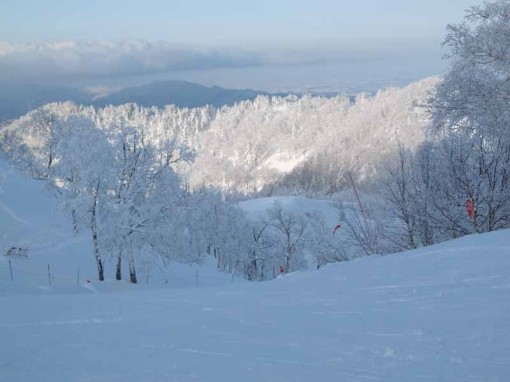 But at least the Japanese seem to be fundamentally honest, which means you can struggle on a hundred yards or so, carrying half your luggage, park it and come back for the rest without worrying that someone is going to steal it.

Once you’re aboard, of course, the journey is as smooth as silk, especially if you have opted for a shinkansen, or bullet train.

Then, arriving at the resort of your choice, if you are the kind of skier who relishes skiing powder, you may find another problem.

It is a basic characteristic of most people who run ski resorts in Japan to frown on the idea of skiing off-piste. In many resorts it just isn’t done, and when - in the build up to the Nagano Olympics in 1998 - a number of New Zealanders took jobs at one resort and started leaping off cliffs as they often did back home, they actually came to blows with the ski patrol who tried to stop them physically. 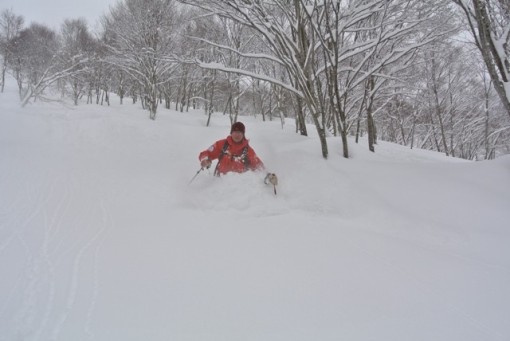 This was extreme, and gradually, in the last few years, skiing off-piste has become more common in some resorts, particularly in Niseko, where a large influx of Australians - both visitors and fairly recently established residents - has completely changed the culture in a resort usually bowed down with the weight of all the powder.

Japanese snowboarders visiting New Zealand have also bought the off-piste habit back to their own country, gradually breaking down barriers in some of their own resorts and encouraging Japanese skiers to follow them into the deep snow.

But one must not concentrate on the negative when there are so many positives.

Japan is a vibrant, though now less affluent ski nation. Its resorts are great fun, though sometimes a little crowded (especially where everyone only skis on-piste).  They can be a touch cacophonous too (lots of loudspeaker announcements and “ding-dong” bell sounds as you board the lifts).

As well as sensational food, you can even buy hot drinks from machines at the bottom of many of the principal base area lifts. 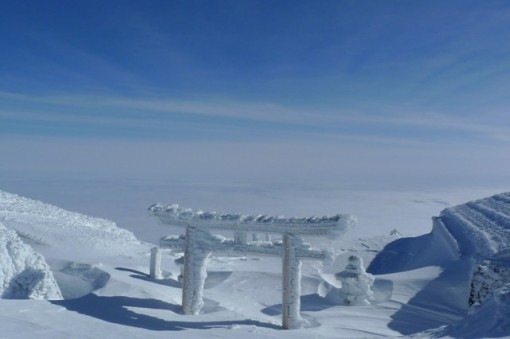 Hokkaido has become very fashionable, but it would be wrong to ignore the delights of Honshu.

Although the last Winter Games were held at Happo One in the beautiful Hakuba Valley and nearby Shiga Kogen - a loosely connected network of 21 small ski areas in Joshin-etsu Highlands National Park - there are many other fine resorts on the main island. These include Zao and Nosawa Onsen, one of the prettiest and most alpine of spa resorts.

Hokkaido means an extra flight, after an already tiring 6,000 mile journey from the UK, but few powder enthusiasts would resent that. Niseko and Rusutsu are undoubtedly the places serious skiers should aim for, but other resorts like Furano and Tomamu are liable to be swept along behind them into consideration.