In Part 1 of Exploring the Haute-Pyrénées we visited the little known, but very worthwhile, resort of Peyragudes where, despite some early rain, we had a fantastic afternoon’s skiing…

Our next stop was the Grand Tourmalet area, home to two very contrasting resorts that share some of the most extensive and varied terrain in the Pyrenees.  At one end of the Grand Tourmalet is La Mongie, a high purpose-built centre with little in the way of charm, but with direct access to the pistes. 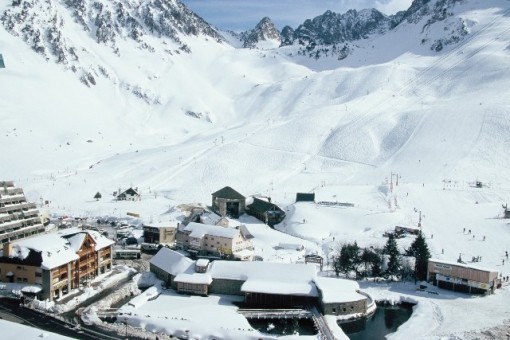 At the other end is Barèges, an authentic mountain village at the bottom of a narrow wooded valley, a few minutes’ drive from the base of the lifts.

Barèges has few pretensions, and is all the more welcoming for it - most of the hotels here are just one or two star, and you will find just the sort of shops, bars and restaurants that you would find in any other ordinary French village. 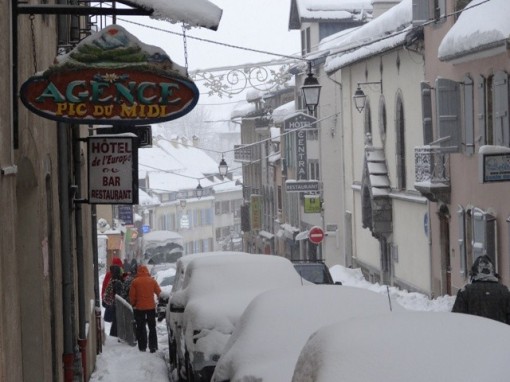 Not so long ago, the slopes here were served by an old funicular railway from the centre of town. This has now fallen into disrepair, but there are plans to revive it in the not too distant future - a positive step that would breathe new life into the village, not to mention adding a touch of romance to the journey to the slopes.

For the time being, however, access is either by car (or the frequent shuttle bus) to the main car park about 3km up the valley. From here, lifts depart in two directions; on one side over the open slopes towards La Mongie and the Pic du Midi; on the other side into the more wooded terrain above Barèges itself. 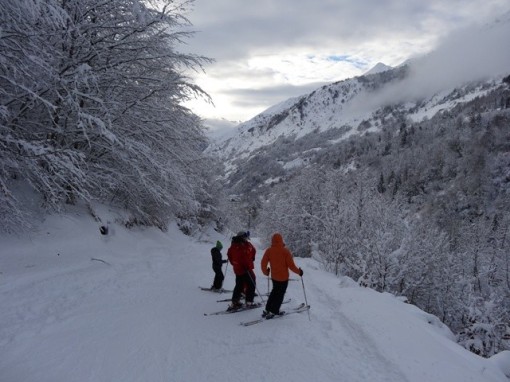 On the morning we arrived, our choices were once again dictated by the weather.  No rain this time, but 40cm of fresh snow, enough to render the link to La Mongie inaccessible, and leave us confined to the more limited but varied tree-lined slopes around Barèges.

As it turned out this was not a bad thing, but first we had to get over our disappointment of missing out on the Pic du Midi.

Not only is the 2877m Pic du Midi the starting point for some of the finest off-piste descents in the Pyrenees, it is also the site of an astronomical observatory, once used by NASA to map the surface of the moon for the Apollo landings. The peak is also home to a museum, a restaurant, and 19 simple but surprisingly comfortable guestrooms. 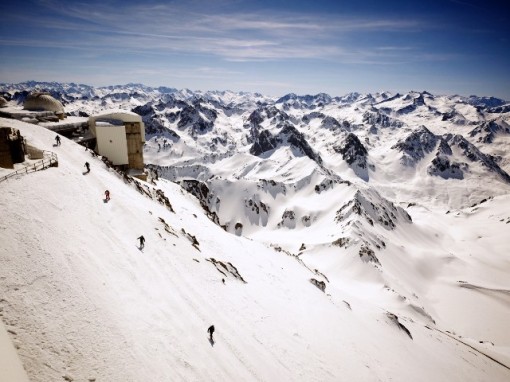 Skiing from the top of the Pic du Midi in sunnier times - Photo: HPTE

Sadly, due to the weather, the whole Pic du Midi experience was strictly off limits this time around - indeed it had been so bad that there were personnel who had been stuck at the top for over a week!

Back on the slopes, our disappointment was short-lived and we enjoyed a fabulous day of powder skiing amongst the trees. Unlike in many big name resorts, there is no great rush to ski every last possible line, and it’s not hard to find fresh tracks days after a storm. 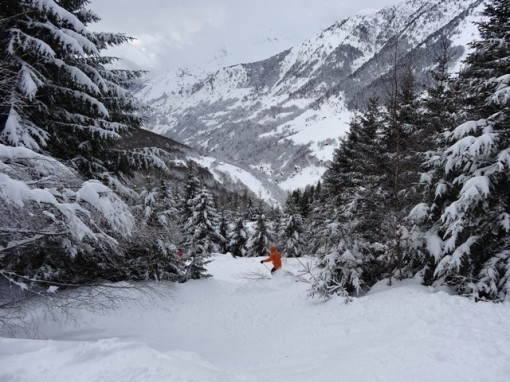 Barèges’ densely wooded slopes pack in a lot of variety and we found plenty of challenges, both on and off-piste. Less confident skiers are also well catered for here, with some lovely long greens snaking through the forest including one that returns all the way back to the village.

At the end of the day, the clouds lifted just long enough for us to catch sight of the Pic du Midi. It was a fleeting glimpse, but enough to remind us that we had plenty of unfinished business in this spectacular corner of the Haute-Pyrénées. I, for one, will be sure to return here some day. 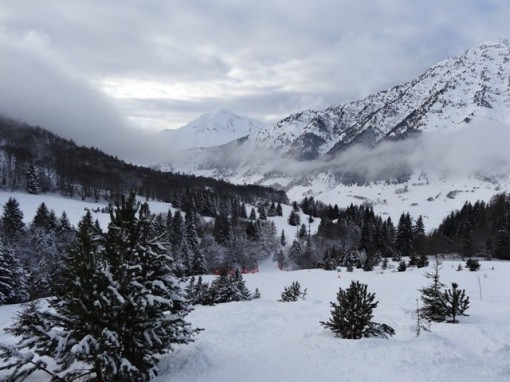 Fraser Wilkin stayed at the 3* Hôtel du Tourmalet in Barèges.

Ski Collection offers 7 nights in the 3* “Tourmalet-Résidences” apartments in La Mongie, from £123pp self-catering, based on 5 sharing a 1 bedroom alcove apartment.

Prices include return Eurotunnel crossing for one car and all passengers.