Few would argue that Les Arcs has a pretty good snow record. But is it worthy of recognition as one of the very best in the Alps? 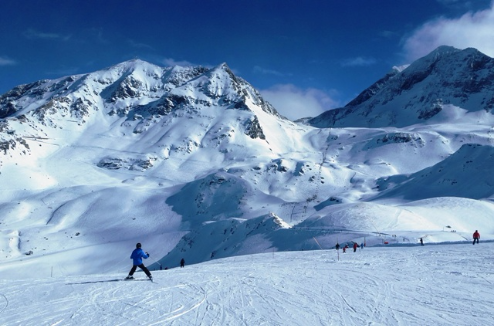 So how do the Les Arcs sectors differ?

When assessing snow conditions in a particular ski resort, we often look at the area as a whole, when in fact individual sectors may well tell very different stories. Les Arcs is a case in point.

The Arc 1600/1800 ski areas have decent enough snow records, but their lower runs can suffer in warmer periods and, because most of the slopes face west, slush is more of an issue here late in the season that it might be in some nearby resorts.

By contrast the Arc 1950/2000 bowl is higher, more sheltered and better orientated (with more north-facing runs) making this one of the most reliable areas for snow in the French Alps.

Looking more closely at altitude, Arc 2000 is actually located at over 2120m above sea level (Arc 2100 was never going to sound as catchy) and Arc 1950 sits at well over 2000m! This is super-high by any Alpine standards, and on a par with nearby Tignes. 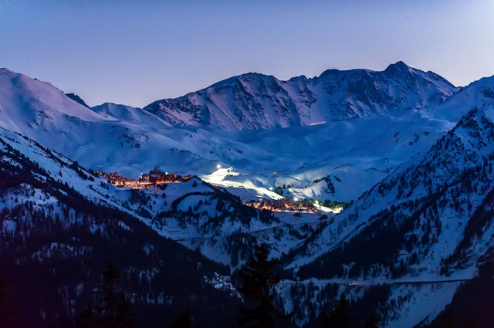 So the average skiing altitude in this area is also very impressive, and not too far short of the likes of Val d’Isère, Tignes and Val Thorens, often considered the three most reliable resorts for snow in France. 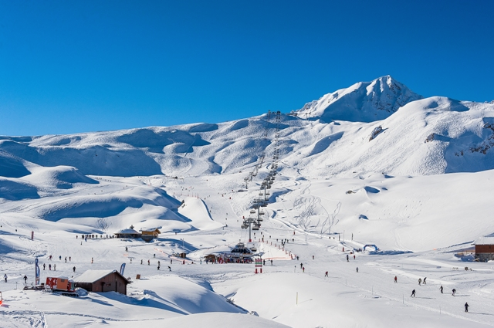 Is it all about altitude?

There is more to the snow record in Arc 1950 and Arc 2000 than altitude alone. Most of the skiing here takes places in a steep sided bowl, which affords good protection from the mild subtropical air masses which can (potentially) have a detrimental effect on snow quality throughout the season.

The protection is by no means total, but the Arc 1950/2000 bowl is certainly better able to ride out mild spells than Arc 1600 and Arc 1800 which, sitting on a more open, west-facing mountainside, are more exposed to warm Atlantic winds.

Finally, there is the question of orientation. Whereas most of the runs on the Arc 1600/1800 side are west-facing, many in the Arc 1950/2000 area are north-facing, thus offering both better cover (in times of shortages) and better quality snow. 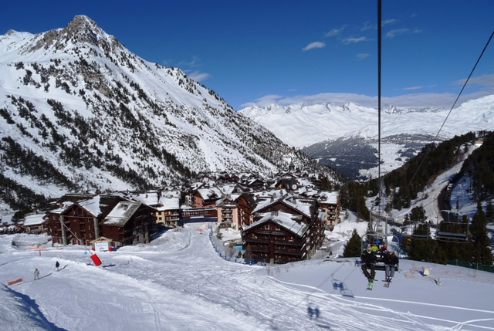 Arc 1950 with La Rosière in the background - Photo: weathertoski.co.uk

So how does it rate compared with other snow-sure resorts?

In summary, the Les Arcs area as a whole has a perfectly respectable snow record, with few serious problems, even in lean years. But if you look at the Arc 1950 and Arc 2000 areas in isolation, this can safely be considered as one of the most snow-sure ski areas in the French Alps. 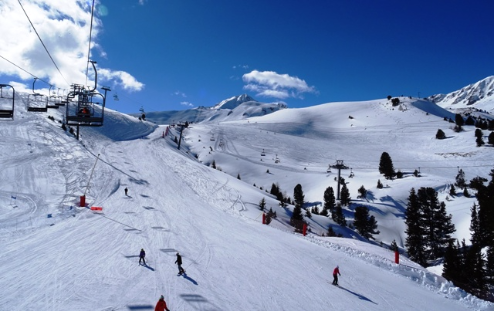 Looking for hotels or apartments in Les Arcs?  Click here