Climbing up the hairpins to Avoriaz last week, I couldn't help but notice the look of concern on my friends' faces. With six full days skiing ahead of us, just where exactly was all the snow?

Their previous (and only) experience of the resort was precisely one year earlier when snow levels were at a record high for April and it was possible to ski all the way down to Morzine, both on and off-piste.

Things were very different this year, but they needn't have worried. The approach road to Avoriaz climbs mostly over south and west-facing slopes, and it is not until you get right into resort that you fully appreciate the amount of snow that is on offer. 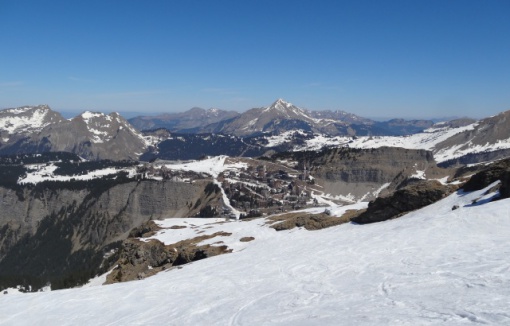 Spring is my favourite time of year to take the family skiing. Yes you need some luck with the weather, but why most families insist on skiing at half term rather than Easter has always baffled me. Granted, the snow is likely to be better at half term, but does that really outweigh the prohibitive cost, not to mention the queues and the crowds?

I have been skiing in Avoriaz at Easter for many years now. It doesn't have the highest slopes in the Alps (the top elevation is just 2277m), but it does have the highest average snowfall in France (nearly 8m at resort level) and there is always snow. This year was no exception, despite an extended period of spring weather that began soon after the February school holidays. 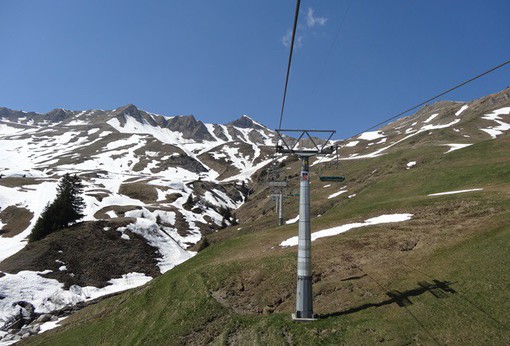 A warm and relatively snowless spring had taken its toll on some parts of the Portes du Soleil, but there was still loads of excellent skiing, if you knew where to look - Photo: weathertoski.co.uk

The areas that hold their cover best are closest to town – Arare, Chavanette and Les Haut Forts. Elsewhere in the Portes du Soleil, the most reliable skiing is in Plaine Dranse and Linga towards Châtel, all of which face roughly north.

That said, it is possible to find some excellent spring skiing on south-facing slopes, so long as the weather is in a stable freeze-thaw cycle and you get your timing right.

We were in luck - our morning with local high mountain guide Sébastien Bron coincided with a lengthy period of clear cold nights and warm sunny days ideal for the formation of "spring" or "corn" snow that we were looking for. So, having dropped the kids off at the excellent Avoriaz Alpine Ski School, we turned our thoughts to a morning off the beaten track. 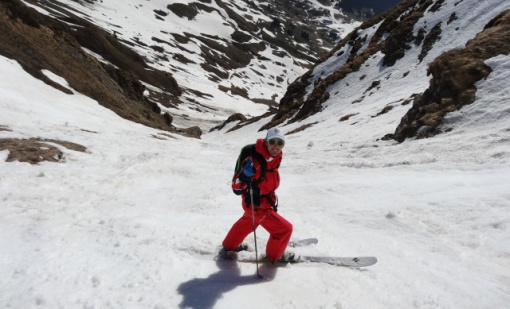 First up was the Couloir de Cuboré, a tricky but not terrifyingly steep gully that drops over the border into Switzerland. It faces the morning sun (east) and, at this time of year, the window of opportunity is tiny. We timed it perfectly, dropping in at 10.30am when the surface was sugary, but not yet slushy. By 11am or so it's game over – any later and the risk of "wet" avalanches increases dramatically. 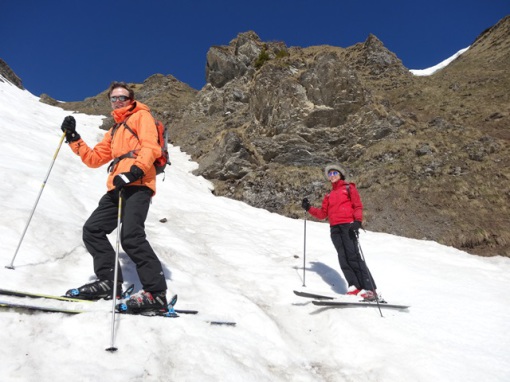 Next we headed towards the Swiss Wall, an impressively bumpy but over-hyped itinerary which tends to distract from the wealth of more rewarding off-piste opportunities beside it.

To the right (as you look up) you can pick your line on wide-open "ski anywhere" terrain which begins steeply but becomes progressively gentler as you descend. This is an excellent place to crank up those long radius carving turns on super-smooth spring-snow.

By about 11.30am the sunnier Swiss side of the Portes du Soleil was considered "cooked", so we headed back over the ridge towards Avoriaz where the snow stays firmer for longer. Too firm, as it turned out, for some of the best off-piste in the area - the 1km vertical from the top of Les Hauts Forts down to Prodains in the Morzine valley. These runs face almost due north and, after an usually cold night (for April), had not thawed sufficiently to allow a comfortable ride down (think skiing on corrugated iron).

Unfortunately we didn't have time to hang around, but Sébastien delivered his money's worth finding plenty of alternative (if shorter) off-piste routes on the Crête d'Arare and Creux de la neige just above Avoriaz itself. 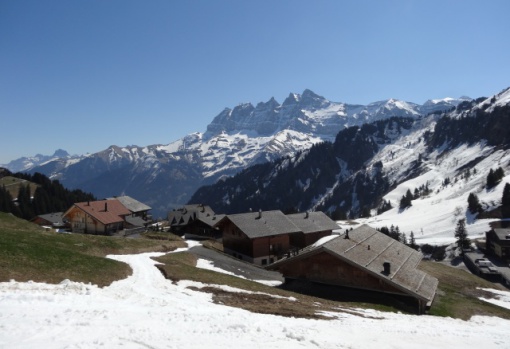 View over to the Dents du Midi from Les Crosets - Photo: weathertoski.co.uk

It wasn’t long before a highly enjoyable morning had to come to an end.  We had only scratched the surface, but it gave me a taste of just how much off-piste the Portes du Soleil has to offer even if initial impressions (snow-wise) suggest otherwise. 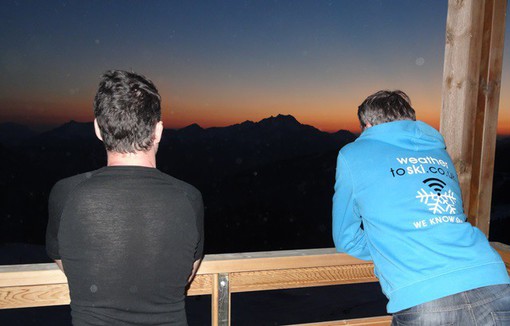 Sunset from the Falaise district of Avoriaz - Photo: weathertoski.co.uk