Thanks to its numerous skiable glaciers, Austria offers more autumnal pre-season skiing options than any other country in Europe.

The glacier at Hintertux is open all year round, and the remaining seven of Austria’s eight glacier ski areas (Mölltal, Kaunertal, Pitztal, Stubai, Sölden, Kaprun and Dachstein) will normally be up and running by some point in October.

These glaciers will always offer the country’s most reliable early season snow conditions - in a typical year being the only options available until mid-November - however, they might not be the best early season ski destinations later in November and December. Many of them are more heavily used for race training, are prone to closure in bad weather, and lack an obvious village base.

Most people tend to wait to go skiing until late November at the earliest, more often until December, and prefer to stay in a “proper” resort at the base of a ski area. Glaciers aside, the key to Austria’s best early season ski destinations is altitude, although the country’s climate can permit resorts that are lower than you might expect to enjoy excellent early season snow conditions.

As the easternmost of the main Alpine countries, Austria enjoys a more continental climate than its western neighbours, meaning that its winters are on average colder and less humid than further west, generally making for easier snow-making and better snow preservation.

Here are our Top 5 early season ski resorts in Austria... 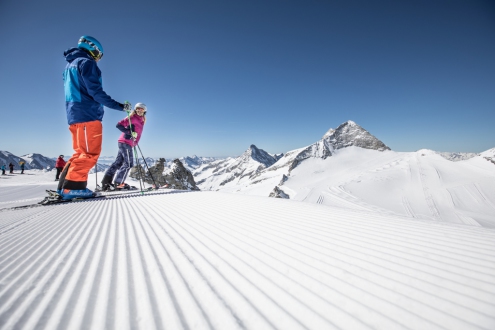 Nowhere in Austria (or arguably in the Alps) has a better early season snow record than Hintertux.

The glacier here is as good as they come: extensive, varied and more challenging than many of its rivals, and open 365 days a year. It also seems to offer better snow quality than other glaciers during late summer and early autumn (when snow conditions can be a bit hit and miss) making it a popular training venue with international ski teams during the autumn months.

But Hintertux is not all about its glacier! A considerable amount of non-glacial terrain also opens up during the course of November, all of which is high (by Austrian standards), north-facing and well served by snow-making.

All in all, while its ski area may not be as extensive as some of our other Top 5s, Hintertux is as good a bet as anywhere for reliable early season snow. 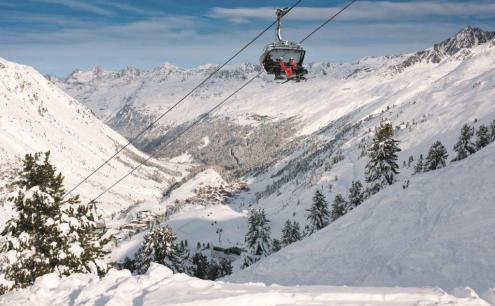 Obergurgl is widely acknowledged to be the most snow-sure entirely non-glacial ski resort in Austria, if not in the Alps.

Not only does it have altitude on its side (sitting at 1930m and topping out at over 3000m) but its location close to the main Alpine ridge means that it taps into both northerly- and southerly- (Mediterranean) tracking storms.

Obergurgl also sits right in the centre of the Alps, where maritime influences are reduced and humidity is low - low humidity and altitude being the perfect ingredients for artificial snow-making. So, even if a single natural flake were yet to fall, a good number of Obergurgl’s pistes will usually be covered by artificial snow by mid-November.

Best for: Beginners and Intermediates 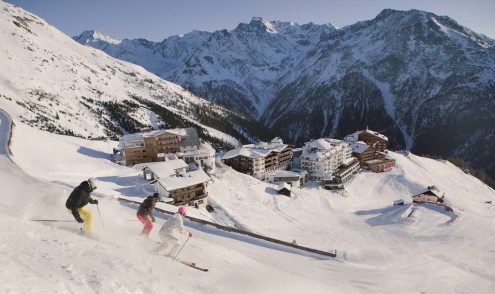 With two excellent glaciers and plenty of additional high-altitude terrain, Sölden is one of the most snow-sure early season ski resorts in Austria.

The resort’s natural snowfall may not be especially high, but it offers excellent snow preservation (thanks to its high average skiing height and central Alpine location) which combined with comprehensive artificial snow-making enable it to offer reliable early season snow conditions.

In most years, the action kicks off in late September with the opening of the Rettenbach glacier, soon followed (depending on snow conditions) by the neighbouring and connected Tieffenbach glacier, which together offer around 25km of ultra-snow-sure skiing.

Sölden’s non-glacial slopes, which make up over 80% of its total ski area, normally open from mid-November, starting with the Giggijoch sector above Höchsölden. 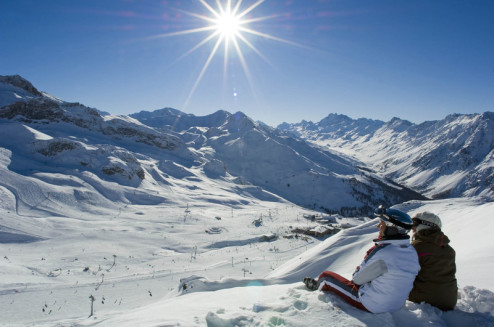 Ischgl may not have a glacier but it does go to huge lengths to open as much terrain as possible right from its official opening in late November.

For the first few weeks of the season it usually offers the greatest extent of skiing in Austria (sometimes even in the Alps) thanks to a combination of factors, the most important being its high average altitude.

Despite the village's altitude only being 1400m, Ischgl has the greatest extent of terrain above 2000m of any Austrian resort, making for excellent snow preservation across much of its ski area – most of the skiing here takes place in a series of bowls high above the resort, with skiers only returning to base at the end of the day. The resort’s high altitude also enables snow-making to operate on an industrial scale.

Ischgl is also set quite deep in the Alps, making it less vulnerable to the warming effects of the gulf stream than resorts closer to the northern foothills. So, despite it having lower average snowfall than some other Austrian resorts (such as those in the Vorarlberg, like Lech) it is actually more reliable for snow (particularly early in the season) as it is less prone to rain and sudden thaws. 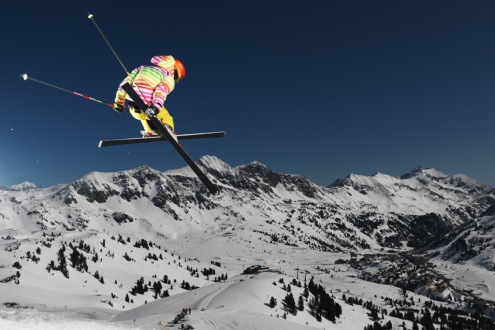 Topping out at just 2315m, Obertauern may not have the highest ski area in Austria, but it does have a superb early season snow record which allows it to open towards the end of November.

The key to good early snow in Obertauern is its location as one of the most easterly major ski resorts in the Alps - the further east you are in the Alps, the more continental the climate, and the lower the average temperature in winter. This means that early season snowfall is more likely to stick in Obertauern than it is in resorts at the same altitude further west in Austria, or in the Alps as a whole.

Obertauern combines its impressive natural snowfall with comprehensive artificial snow coverage, making it one of the safer bets for snow-sure early season skiing.