Is this the best ever start to the Alpine ski season?

That is the question that seems to be on everyone’s lips. I, for one, am not convinced - yes it is certainly among the best in recent years, but memories are short and you don’t have to go back far to start making comparisons. But first, let’s take a look at how the situation has progressed over the autumn...

This year (and this certainly isn’t always the case) high altitude snowfalls have been frequent with excellent conditions on most of the glaciers as early as September. This has been, if you like, a textbook build-up to the season, with significant accumulations of snow above 2500-3000m throughout late September and October, but only very temporary falls lower down, much as you would expect.

The storms kept coming in November, which began mild but then turned cold enough for serious snow to start accumulating at medium altitudes (1800-2500m) - allowing the likes of Verbier and Obergurgl to open the first non-glacial pistes. It has remained changeable since, with snow to increasingly low altitudes and, this week, the first run of properly cold days. 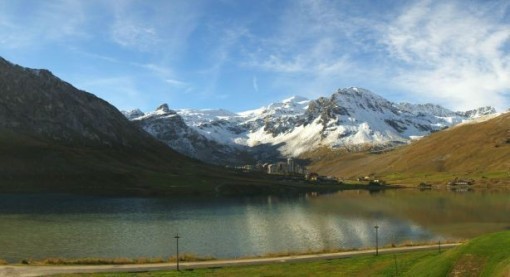 This is how Tignes looked on 24 October 2013, with snow building nicely at high altitude.

This leaves us with excellent snow depths at altitude across just about the entire Alpine chain, but more variable (and sometimes quite thin) snow depths at low altitude, especially below 1200-1500m.

It may, for example, look very wintry right now in the valley bottoms of the Austrian Salzburgerland and eastern Tirol (home to so many ‘low’ Austrian resorts), but snow depths are still modest and there is some way to go before they can start claiming it’s a ‘great’ start to the season.

The same could be said for the Portes du Soleil in France/Switzerland. Above about 1500m there is an excellent base and Avoriaz is now pretty much ‘secure’ for the first part of the season. In nearby Morzine, however, where much of the local skiing is below 1500m, the cover is still paper thin.

Wintry scenes today at Pass Thurn near Kitzbühel, but low down the cover is deceptively thin.

These stand-out resorts include (but are not limited to): Val d’Isère, Tignes and Val Thorens in France; Zermatt, Saas-Fee and Andermatt in Switzerland; and Cervinia in Italy.

I hesitate to pick out anywhere in Austria as “outstanding” at this stage, though the likes of Ischgl, Obergurgl, Sölden and many more besides are all above par for late November. 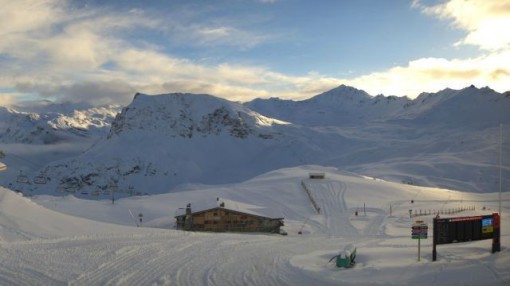 Overall then, I rate the situation in the Alps (as we wrap up November) as excellent but not exceptional.

You only have to go back to 2007-08 to find (in my opinion) better early season conditions. Back then, the emphasis was slightly different, but Austria and eastern Switzerland had truly extraordinary, and often record amounts of snow with good conditions across most of other parts of the Alps too, particularly the north.

2008-09 was another interesting case with record early snowfalls, but this time across the southern Alps. 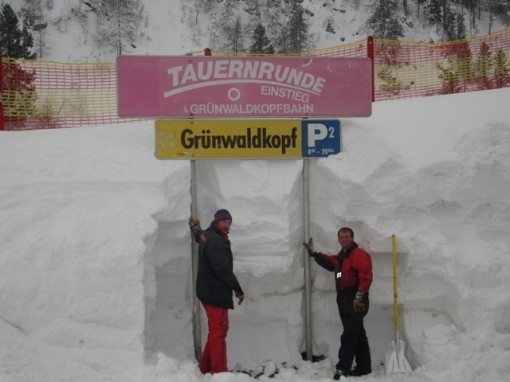 I finish with a cautionary tale involving the extraordinary year of 1996/97 when the north-western Alps, particularly France, were privy to some of the deepest late November snow depths in living memory. There then followed one of the driest and sunniest winters on record and what started as one of the best seasons ever finished as one of the worst!

Don’t get me wrong, this was highly unusual, and it is highly unlikely to happen again, but it pays to remember just how fickle Alpine weather can be.