Back on the beaten track in the Portes du Soleil

Morzine is where I first learned to ski, aged 4, and to this day, it remains one of my favourite ski resorts. I didn’t appreciate it at the time, but 1978 was the mother of all snow years and I have vivid memories of having to dig for hours just to reach our chalet!

I don’t think it stopped snowing all week - we certainly didn’t get much skiing done - and by the time we left, it had almost reached the first floor balcony. The whole experience made a huge impression on me and from that moment I was hooked.  Hooked on skiing, hooked on the mountains and above all hooked on snow! 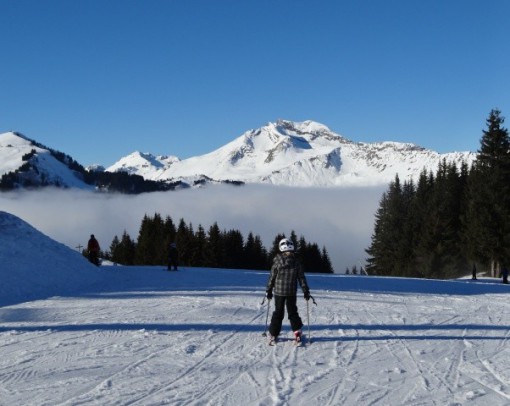 1978 was exceptional of course, but despite subsequent visits (in all manner of conditions) my enthusiasm for the place has never waned.  And it seems I’m not alone.

In the last 10 or 15 years, new chalets have been springing up all over the place - new businesses too. I have long lost count of the number of “one man” chalet companies that have tried their luck here, not all of them successfully.

But whilst Morzine may no longer be quite what you would call rustic, it does have a thriving year-round population, that gives it the vibrancy (and charm) lacking in many other French ski resorts. 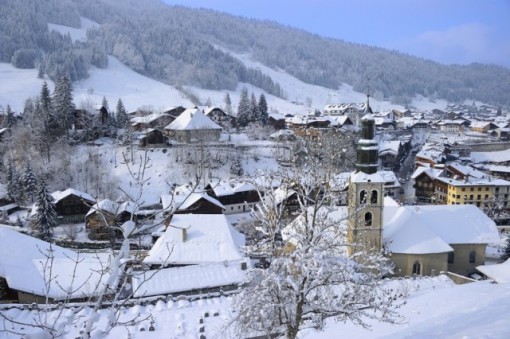 The skiing’s not bad either - more extensive and varied than most people imagine, with runs for all abilities and (in good conditions) some excellent, and sometimes challenging off-piste.

The nearest mountain, Le Pleney, is accessible from the centre of town and offers a compact area of tree-lined slopes with a variety of gradients well suited to mixed ability groups. The steepest runs follow the fall-line beneath the main lifts, whilst a much gentler blue takes a more meandering but very scenic route down the flanks. 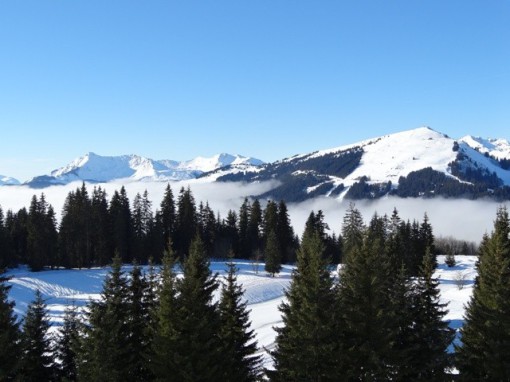 Beyond Le Pleney the slopes link up with Les Gets, where further lifts and runs fan out in all directions. However, my favourite mountains have always been Nyon and Chamossière, the highest in the Morzine network and home to its most challenging runs.

Although only 2000m, Nyon offers sensational views of Morzine, 1000m below, and from the top of Chamossière there are some mouth-watering off-piste descents into the wild and deserted Vallèe de La Manche. 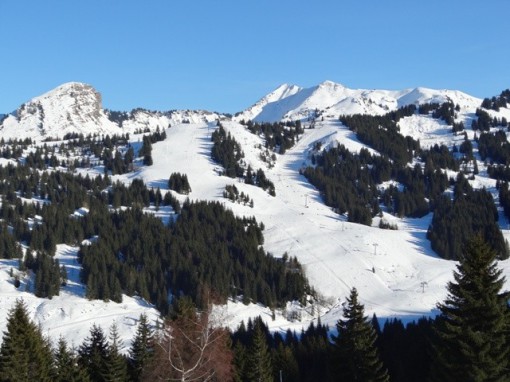 Looking towards Nyon (left) and Chamossière (right) - the two high points of the Morzine-Les Gets ski area - Photo: weathertoski.co.uk

Morzine’s main drawback is its altitude - or rather a lack of it - and, because of this, there will always be a contingent that won’t even give the resort a second look. Their loss.

Yes, it’s low, yes the risk of rain is higher than average, and yes conditions can be highly variable, but, overall, Morzine has a better snow record than it’s often given credit for.

For a start, the Portes du Soleil gets a lot more snow (relative to its height) than the resorts of the Tarentaise (such as Courchevel and La Plagne) further south.  This is because it is closer to the northern edge of the Alps, and more exposed to the moisture laden north-westerly winds that are responsible for the majority of snow in the northern Alps.

Average seasonal snowfall here is 7-8m at 1800m compared with about 5m at the same altitude in the Tarentaise, and 3-4m in the southern Alps.

What’s more, the slopes of Morzine/Les Gets are almost entirely grassy, so deep cover is not generally required to keep them open. Given the number of trees, it is also very “weather-proof”, with minimal disruption from wind or whiteouts. 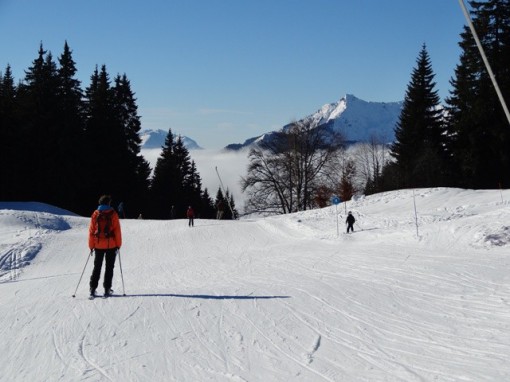 Gentle family-friendly slopes between Morzine and Les Gets - Photo: weathertoski.co.uk

Locally, the best snow is usually in the Chamossière/Nyon area, which faces roughly north and is that bit higher than Le Pleney. The tree-lined runs above Le Grand Pré (below Chamossière) also hold their snow well, despite their lower altitude, but the path back to Morzine can quickly lose its snow in spring.

On the far side of Les Gets, “Chéry Nord” also has a reputation for keeping its snow and is often deserted.

You also have the option (on the Portes du Soleil pass) of going up to Avoriaz, accessible by a series of lifts from the centre of Morzine or by cable-car from Prodains (a short bus ride away). Here the average skiing height is considerably higher, but there are fewer trees and it can be bleak in bad weather.