Why does Flaine have such a good snow record?

Flaine is arguably the most snow-sure resort in the Haute-Savoie, at least if you take its main bowl (rather than the Grand Massif area as a whole) in isolation. Perhaps only Chamonix - or more specifically Argentière - could reasonably argue against this. 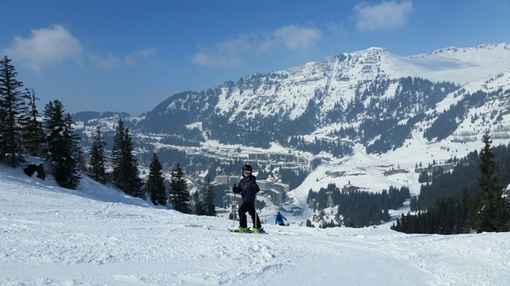 Seen from the slopes, purpose-built Flaine blends seamlessly into its surroundings - Photo: weathertoski.co.uk

But while the upper half of Argentière’s Les Grand Montets is exceptionally snow-sure, the village itself is low, and the area as a whole is best suited to advanced skiers - giving it a narrower appeal than Flaine. Flaine is excellent for all levels of skier, with higher and more reliable village level nursery slopes to boot.

Situated at 1600m and with a top skiing height just shy of 2500m, Flaine is reasonably (but certainly not exceptionally) high. So why exactly does the resort have such a good snow record?

For a start, Flaine has high natural snowfall averaging close to 6m a season at resort level and 15m (annual average) at the top of the 2500m Grandes Platières, making this one of the snowiest skiable mountains in the Alps. 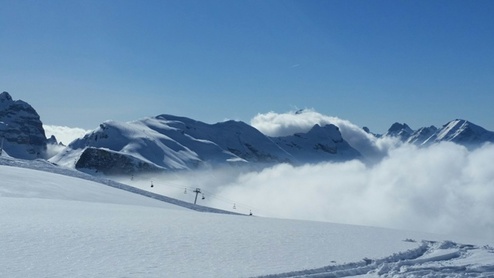 Magnificent high mountain scenery at the top of the Grandes Platières - Photo: weathertoski.co.uk

One of the reasons the Grandes Platières is so snowy is that it is one of the highest points on the windward side of Mont Blanc. Not only does this mean that it gets the full force of storms moving in from the north-west, but the area also benefits from its proximity to the mountain, which forces the air to rise (on a more macro scale) and purge itself of extra moisture.

Being on the north-western edge of the Alps, the Haute-Savoie area generally has high snowfall averages relative to height, but with the Mont Blanc Massif lined up perfectly behind it, Flaine has that extra edge.

Not only does Flaine have this high natural snowfall, it also has excellent snow preservation qualities. This is partly because most of its slopes face north or north-west, but also because the ring of high mountains that surround the village at least partially protect the main bowl against the worst effects of mild west or south-westerly winds.

In short, the snow quality on the slopes above Flaine tends to suffer less in mild spells than in nearby more exposed areas of a similar height. 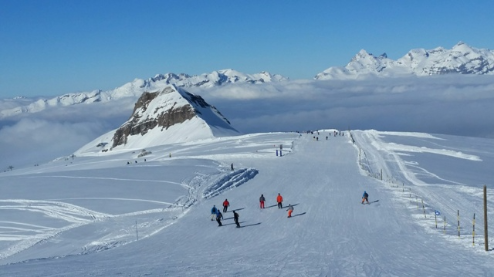 The Grandes Platières is one of the snowiest skiable mountains in the Alps - Photo: weathertoski.co.uk

Note, though, that this assessment only applies to the main Flaine bowl. The other villages in the Grand Massif area are lower and more exposed, so are generally somewhat less reliable for snow. The best snow outside the main bowl is usually found on the north-facing slopes above Samoëns 1600.

Looking for hotels or apartments in Flaine?  Click here