Keen skiers are often on the lookout for new ski experiences and good skiing conditions. Recently I was fortunate enough to discover the lesser known French resort of Serre Chevalier...

A resort with much to offer...

Although not particularly fashionable, Serre Chevalier has much to offer in terms of good skiing, gourmet dining and lively bars, and is conveniently placed in the centre of the Southern Alps about a half hour’s drive from the historic town of Briançon, which claims to enjoy over 300 hours of sunshine a year.

The resort itself comprises several small villages and hamlets, some divided by a busy main road that heads towards Grenoble in one direction and Turin in the other. Most villages have connecting lifts transporting skiers up the mountain to several large north-facing snow bowls where there is a series of interconnecting lifts to various ski areas.

As the resort is blessed with mostly north-facing bowls and a higher tree-line than in the northern Alps, skiers are guaranteed good skiing throughout the season. Even on days when visibility is poor, skiers can still enjoy many of the resort's wooded lower slopes. 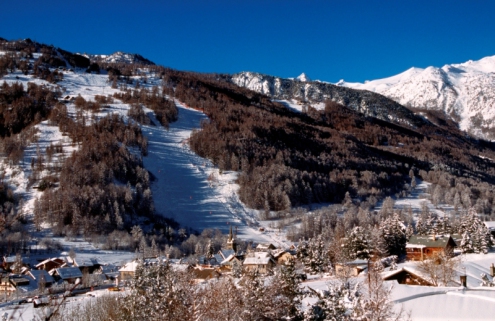 Plenty of wooded terrain on the lower slopes of Serre Chevalier - Photo: serre-chevalier.com

Serre Chevalier is proud of the careful attention it pays to slope maintenance and recently invested in several new state-of-the-art slope grooming equipment and snow-making machines, all computer operated.

“Good slope grooming is vital to the success of any ski resort. We have eight new grooming machines that are operated by sixteen fully trained drivers who, depending on weather conditions, work in two nightly shifts that start from eight in the evening until five or six the next morning.Often late at night the grooming machines’ headlights can be seen from the village, hard at work preparing the slopes for the next day.”

According to Perretier, grooming and patrol jobs are becoming increasingly sought after these days and he receives well over 200 applications each year. He insists that applicants must have prior lift-operating experience, adding that:

“It’s the intimate knowledge of the ski area, snow conditions and possible avalanche dangers that are vital to the resort’s safety and why it is important to employ the right people for these jobs these days”. 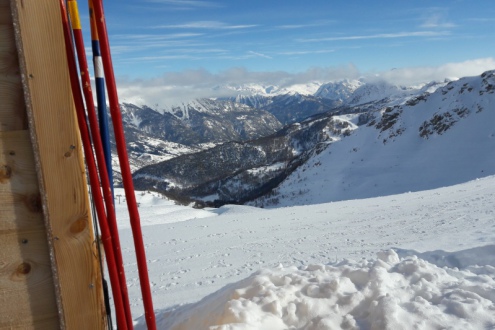 View from the top of the Prorel lift - Photo: April Tod

This was my first visit to the delightfully traditional French resort of Serre Chevalier and it certainly won’t be the last. The skiing was surprisingly good and varied, with plenty of mountain restaurants.

Our first day was spent familiarising ourselves with the different ski areas. Because of the excellent ski conditions, we must have spent the best part of five hours skiing different runs, barely having to take the same lift twice. I found all slopes remarkably well signposted and ski maps easy to read and follow.

After a full morning's ski, we decided to stop off at the Café Soleil for a delicious lunch. On clear days, views from the restaurant’s terrace stretch for miles, with Briançon looming in the distance. 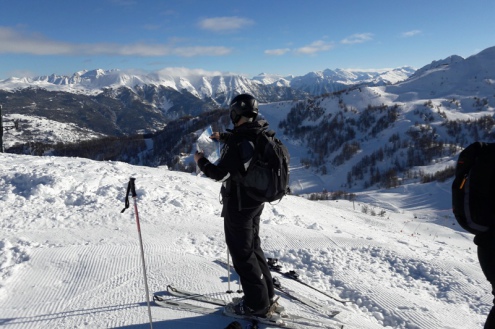 Locals were keen to point out that this year’s skiing has been one of the best in years, with frequent dumps of snow.

In fact, the night before we were due fly back to London it snowed again, large flakes as big pennies which meant the next morning everywhere was covered in several inches of virgin snow. Fortunately our flight wasn’t leaving until later that afternoon so we squeezed in a full morning’s phenomenal skiing making the most of freshly fallen snow – what bliss!

Anyone looking for a ski holiday that guarantees good weather and excellent skiing need look no further than this charming, friendly resort. 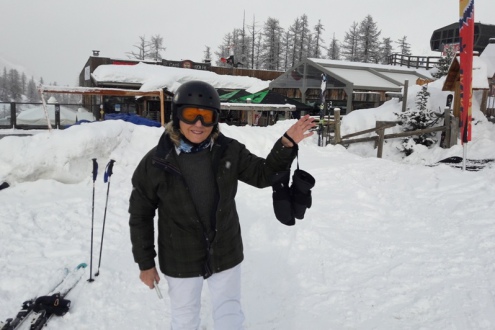