Getting off the beaten track in the Portes du Soleil

Weathertoski is in the French Haute Savoie, exploring some of the lesser known but interesting little ski resorts just south of Lake Geneva.

One of these is St Jean d’Aulps, technically part of the Portes du Soleil, but otherwise separate from the main circuit. 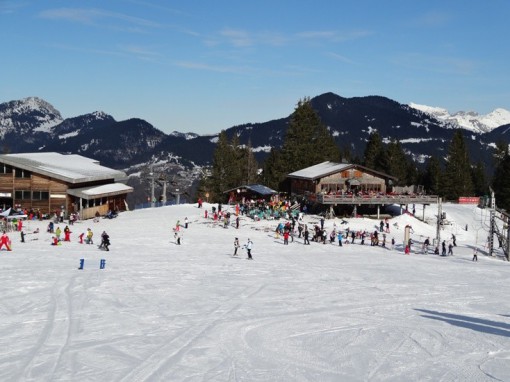 St Jean d’Aulps is a traditional Savoyarde village of around 800 inhabitants, 7km north of Morzine, on the main road to Thonon. My wife and I got married in the local Mairie here in 2003, and I was curious to see how much had changed over the last 10 years.

Quite a lot as it turns out.

The skiing starts a couple of km up the mountain in the satellite resort of La Grande Terche - or so it was called until it was recently rebranded St Jean d’Aulps Station!

The “Station” is small, but surprisingly vibrant at peak times, with all the basic amenities and two decent restaurants. Accommodation is mostly in apartment blocks but, in recent years, some seriously smart chalets have sprung up, most of them foreign owned.

There are lots of Brits here too, but the place remains quintessentially French, and the atmosphere is friendly and low key. 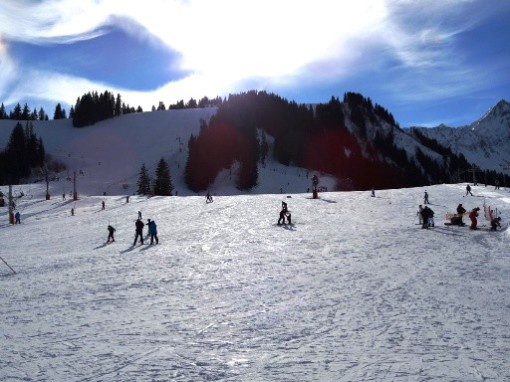 The ski area is served by an ageing gondola that climbs steeply out of the resort (945m), to a sunny plateau at 1500m. The nursery slopes here are some of the widest, gentlest and most scenic I have ever encountered, and a brand new green run (away from the lift system) adds to the appeal for beginners. 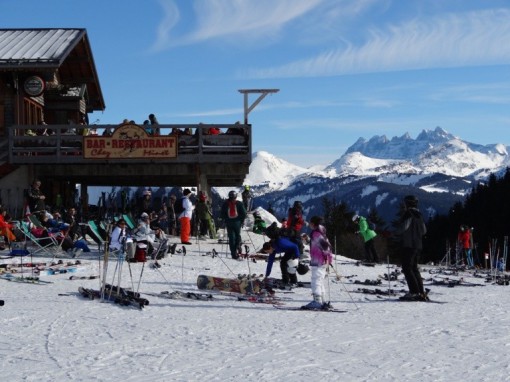 Great views from the plateau in St Jean d'Aulps, with the Dents du Midi in the background - Photo: weathertoski

More experienced skiers can head further up the mountain, via a steep drag that leads to a secluded bowl served by two chairs. The bowl offers a variety of short blue and red runs, but the real draw is the “Circuit d’Enfer”, a circular loop off the back of the bowl, that includes my two favourite runs in the Portes du Soleil.

The first is a moderate red that drops some 700m vertical down to the hamlet of La Chèvrerie in the Vallée de Bellevaux. From the top you can just make out Lake Geneva before the run drops into the trees, following a remarkably consistent gradient that makes for excellent high-speed cruising.

From La Chèvrerie, a couple of lifts whisk you back up to an entirely different ridge from where you return to St Jean d’Aulps. This run is even better, 7km in total, starting with open pastures, then running past a deserted old hamlet before plunging back into thick pines.

The run eventually turns into a path that follows a river gorge (for what seems like several miles) back to civilisation. The sense of isolation is fantastic and, later in the season, it’s not uncommon to glimpse black squirrels among the firs. 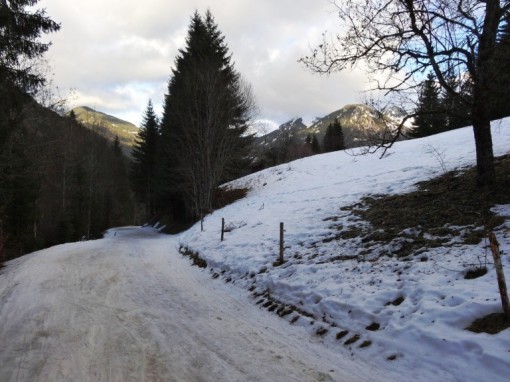 End of the road - thinning snow at the bottom of the beautiful 7km run back from La Chèvrerie - Photo: weathertoski

On reaching the village it’s a short walk or, conditions permitting, short schüss along the road back to the gondola to complete the circuit.

The main après focus is the Auberge de La Terche, a large but rustic restaurant and bar, complete with roaring log fire. The food here is also good and, in holiday periods, the place is packed to the rafters night after night. Two other bars and one other restaurant complete the evening scene, but this is not generally a place for late nights.

St Jean d’Aulps is not a high resort, and it’s not fancy, but in good conditions it does offer something very different. Not only does it have some of the best nursery slopes in the Portes du Soleil, it also has two of its longest and most satisfying pistes. If you are hankering after a less commercial French ski experience, it is well worth a visit. 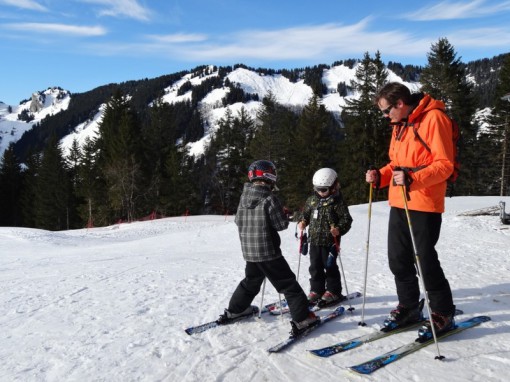