How snow-sure and weatherproof is Val Cenis?

Nothing, but nothing, shapes your impression of a ski resort quite like the conditions you encounter on the slopes.

Of course everybody wants good snow, but many also want good weather or, at least, minimal disruption in the event of a big storm. Securing both, however, is easier said than done. 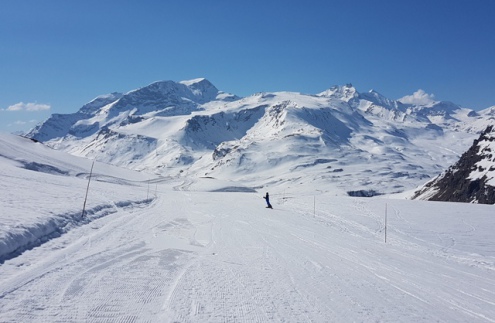 Good snow and good weather is what most people are looking for on the slopes - Photo: weathertoski.co.uk

Many of the high ski resorts that we think of as super-reliable for snow, such as Tignes, Val Thorens and Cervinia, are almost completely devoid of trees. All is well if the sun is shining, but in bad weather these resorts take on an entirely different persona – at best tricky to navigate, at worst darn right intimidating. In a really big storm it is not even unheard of for such high resorts to close down entirely.

The answer? Trees! Unlike in North America, however, the tree-line in the Alps is quite low, generally sitting between 1800m and 2100m, meaning that the ski resorts whose slopes are mostly or completely wooded are not generally considered among the most reliable for snow. 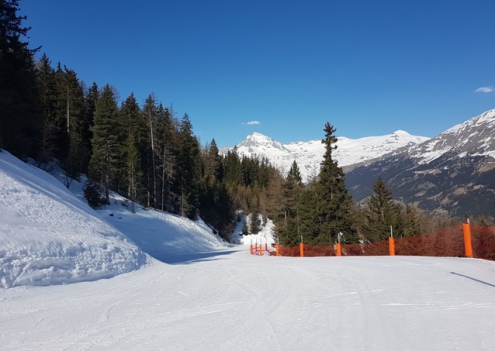 In order to mitigate your risk of both whiteout conditions and a lack of snow, you ideally need a ski resort that offers both an impressive top height and plenty of trees. And, if most of its slopes face north, then so much the better.

Enter Val Cenis in the Haute Maurienne, with its resort height of 1300m/1400m, top height of 2800m, a mostly north/north-westerly orientation and perfect split of thickly wooded lower slopes (to about 2100m) and high open bowls. 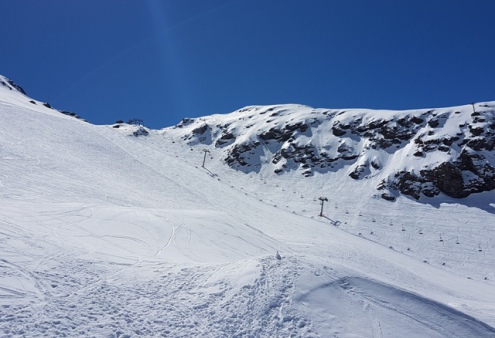 Val Cenis’ highest and most snow-sure bowl below the Met chairlift - Photo: weathertoski.co.uk

It may not be quite in the very top tier when it comes to snow, but Val Cenis is still pretty reliable, thanks to the combination of its altitude, orientation and geographical location.

In the northern French Alps, most of the snow comes from the north-west. Val Cenis, however, sits in the “rain shadow” of the Tarentaise (which includes ski areas such as the 3 Valleys, Paradiski and l’Espace Killy), whose high mountains syphon off much of the snow before it can reach the more remote Haute-Maurienne.

While this might mean that Val Cenis misses out on the heaviest snow from the north-west, the resort has an ace up its sleeve with the legendary ‘Retour d’Est’, a phenomena that occurs when a storm is centred over the Gulf of Genoa and bad weather is steered back towards the Italian side of the Alps, spilling across certain “weak spots” on the French border, most notably between Val d’Isère and Val Fréjus (including resorts such as Bonneval-sur-Arc, Bessans and Val Cenis). 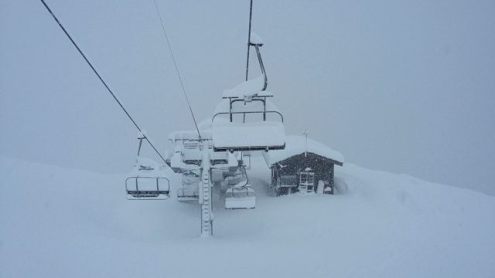 The famous ‘Retour d’Est’ can deliver spectacular snowfalls, such as this one in November 2016 – Photo: facebook.com/valcenis.officiel

The ‘Retour d’Est’ doesn’t happen frequently – typically just two or three times a season - but resulting snowfall totals can be huge, with over 1m (and sometimes close to 2m) of snow falling in just 48 hours! Indeed, in late November 2016 Val Cenis benefited from a massive “Retour d’Est” at a time when many other French ski resorts were struggling – something which, on its upper slopes at least, set it up for the entire season.

So, although Val Cenis receives its snow less often than resorts further north (such as Courchevel, Flaine and Avoriaz), the dumps it does receive can be huge.

Another characteristic of Val Cenis is that it is situated in a high-sided valley, deep in the mountains. This affords it more protection from the warming effect of the Gulf Stream, making it better able to ride-out mild spells than resorts closer to the foothills of the French Alps. The resort’s mostly north-facing terrain is an added bonus, which enables it to hold onto its snow for longer.

In short, once a decent base has been laid down in Val Cenis, it is likely to stick around for the rest of the season. 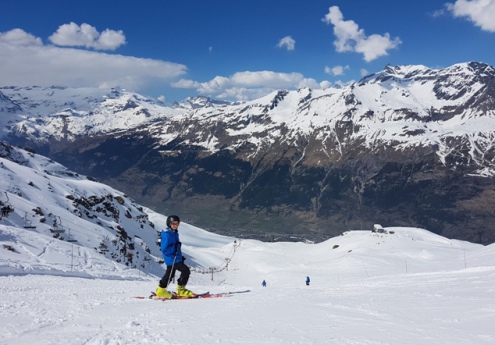 And what about sun?

On top of a good snow record, the majority of recreational skiers look for a resort that will offer them plenty of sun and, should it have to snow at some point during their stay, plenty of trees for shelter. Val Cenis offers both.

Although it is technically in the northern French Alps, Val Cenis’ climate more closely resembles that of the southern Alps, with lots of sunshine (reflected in the resort’s pseudo-Mediterranean landscape, which is notably more arid than the far northern French Alps). Indeed, with just 577mm of precipitation per year, the village of Avrieux just down the valley is one of the driest spots in France.

However, when the weather doesn’t play ball, Val Cenis also offers plenty of woods to play in – with up to 800m vertical of tree-lined runs, including the longest green in the Alps. 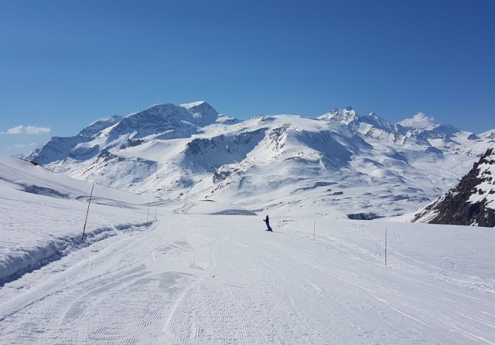 As well as having an excellent snow record, Val Cenis is also much sunnier than most of the northern French Alps – Photo: weathertoski.co.uk

So is Val Cenis the ultimate weather-proof ski resort?

Well, it certainly comes close, though there is one small caveat.

On at least one in three days in winter, an easterly wind called the ‘Lombarde’ blows over the border from Italy. This is mostly relatively innocuous, but can be a nuisance when it blows hard, closing down parts (though rarely all) of the ski area.

Most affected is Val Cenis' exposed Col du Mont Cenis sector, however, this only forms a small percentage of the overall domain and the resort’s lower wooded slopes usually remain open. 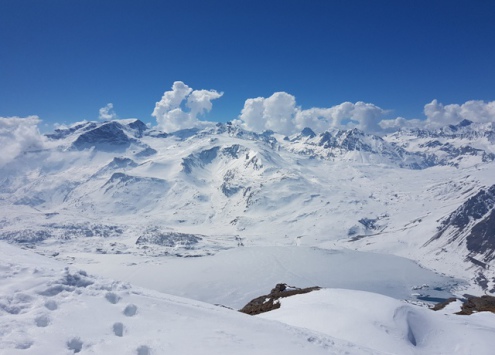 So, Val Cenis scores highly in all of the three key factors that make a resort ‘weather-proof’ – namely, good snow reliability, good sunshine record and (last but not least) plenty of trees to play in should it decide to be stormy.

This makes it a ski resort well worth considering, particularly for families who are looking for good snow, but can’t stomach the thought of having to battle zero visibility in a high windswept bowl!

Val Cenis - where to stay:

Fraser and his family stayed in Val Cenis with Peak Retreats.

Peak Retreats offer 7 nights self-catered in a 2 bedroom apartment at Les Chalets de Flambeau from £244pp* including return Eurotunnel crossing with free upgrade to FlexiPlus on most dates.

Les Chalets de Flambeau is a 4* luxury residence, perfectly positioned at the foot of the slopes next to the Pré Novel chairlift and ski school meeting point. Facilities include free access to the indoor pool and wellness area, access to the O des Cîmes Spa (treatments payable), lounge area with fireplace, pool table and Wifi, and underground parking (payable).